As you know I went to Duxford to take a Tiger Moth flight, but I didn't mention much about the museum so here we go.

The place is easy to get to but if you come in from the South the Sat Nav puts you in front of the Staff entrance, the real entrance is just a bit further up the road. On arrival the first thing I noticed was the throbe of a real aeroplane engine, I espied what looked like a P40 Warhawk or Kittyhawk taxing for take off, a splendid start. Because I had a flight booked I got in free and the family was half price, another good start. 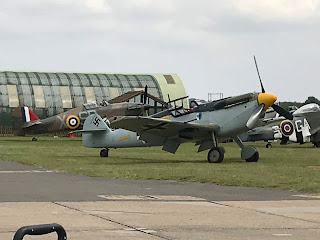 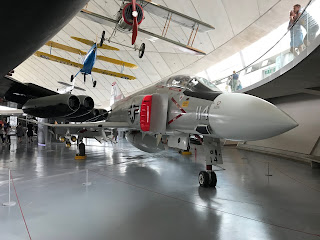 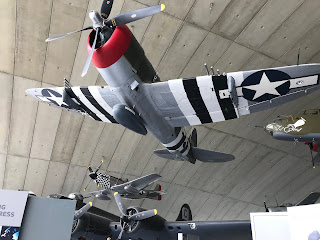 Once through the shop we were on the airfield, it is a sprawling set up with several large hangers containing either aircraft or exhibitions, there are two new buildings at the far end, one contains American aircraft and the other tanks. The main point of Duxford is that all the aircraft can fly or are in the process of being restored to flying condition and there are some real treasures in the hangers. On the runway taking off at different times of the day but always giving the crowd something to look at were several marks of Spitfires, Warhawks and Mustangs along with several trainers and the Tiger Moths. Also sitting there and instantly recognisable to all of us who saw the Battle of Britain film years ago was one of the Spanish built but Merlin engined Bf109's or the HA-1112. I loved it, especially when one or sometimes two of these roared around the airspace climbing, looping the loop and diving for our entertainment. 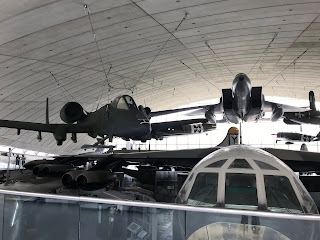 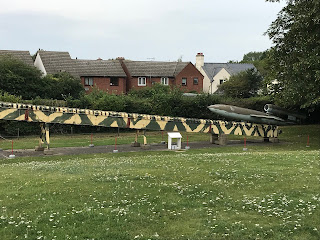 Two things to avoid, the 'Simulator' which is basically a box which moves while showing you a very blurry video, you do not get to fly anything and the whole thing is bereft of any sense of excitement. Also I found it strange that the box art was all Spitfires but you are shown the video from the seat of a 109. Next to the box is a line of airliners which, if you want to walk in them costs you a fiver, why would you pay a fiver to walk along an aisle on a plane, robbery. I can't be sure but it may have been a fiver for each aircraft! 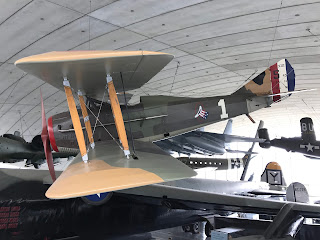 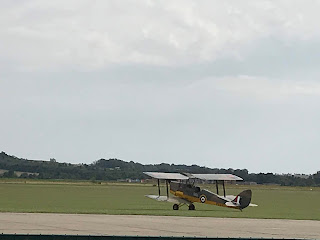 I did not have time to see all the exhibits having spent time getting something to eat, what I did see in the hangers I enjoyed, especially the excellent American exhibit. I would certainly recommend a visit here but bring your own lunch.

Most of the photos are from the American exhibit, the only reason I can think for this is that the aircraft in the hangers looked more like works in progress and workhorses and the planes here were actually spruced up and on show.
Posted by George Anderson at 09:52

Email ThisBlogThis!Share to TwitterShare to FacebookShare to Pinterest
Labels: Museum