I had to take the car to Preston yesterday, a town I would prefer not to visit, no doubt it has nice parts but for the casual visitor it just seems a sprawling mess, not one thing nor t'other as the locals might say. It has a huge concrete bus station plonked in the centre which, for me, is an eyesore but in the eyes of my betters is an architectural gem and there is a crusade to save it from demolition. 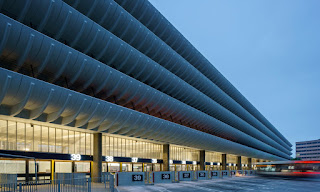 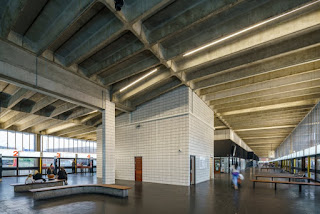 Anyway I eventually found the Autoglass shed in a shopping mall car park and handed the car over for its eye test. Because I have a modern car with all the bells and whistles you cannot simply change the windscreen, it has to be calibrated as it has cameras on it, or rather cameras which see through it. It really does get an eye test, at one point I saw the young lad hold up a large board with circles on it while the guy in the car adjusted the cameras!

The procedure takes two hours so I had time to kill, before going I noticed that Fulwood Barracks was within a ten minute walk and it had an Infantry Museum in it, so I thought I could lose an hour there. At the gate was the usual diminutive female guard in oversized 'you can see me' jacket, along with her oppo, the nearing retirement, out of condition male guard. Terrorists beware. On entering the side guardroom my years of loyal service came flooding back, as soon as I got through the door it was like I belonged, I felt an urge to shout out "Royal Navy mate, eleven and a half years!" don't mess me about, wink wink. I showed my ID and smartly answered a couple of questions then stood back against the wall at ease with my visitors pass to await an escort who would take me to the museum.

I was a bit surprised at how small the museum was, on entering the vestibule there are two large boards, one shows the family tree of the Duke of Lancasters and the other the battle honours collected by the various regiments which now make up the same. When looking at the battle honours the sheer scope of what it meant to be in the service of the British Empire hits you, there are not many parts of the globe this particular regiment and others I have no doubt set foot. I once read somewhere that we have fought against most of the countries on the planet and yes that is believable reading that board. It is not PC but I was proud of it. 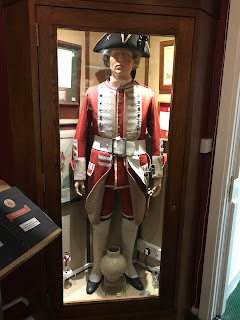 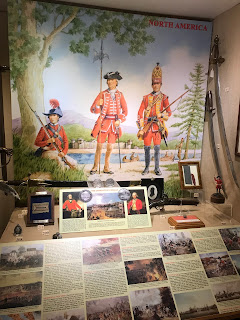 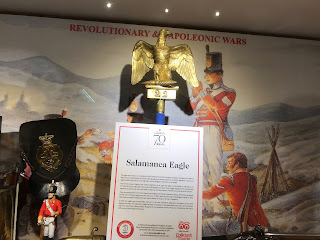 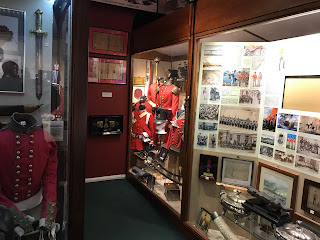 The first room is the Waterloo Room and although small is packed with all manner of stuff ranging from the 17thC to modern times, weapons, parts of uniforms, drums and a lot of prints, you take a catalogue from a small table and this ties up with the exhibits and explains all. To my surprise I bumped into a Napoleonic Eagle captured at Salamanca from the French 22nd Infantry, this is the second French Eagle I have seen, the other being in Edinburgh castle, the Frenchies want that one back but are not getting it, not until the Liberals or the Greens get in at least. The second major exhibit is the Somme Room, dedicated to WWI, WWII and recent times, this is slightly larger but again has an awful lot crammed in. I was taken aback by some photographs showing the regiment in Trieste, on parade in Vienna and other places right into the 50's, I also noticed them using Universal Carriers also in the late 40's, Tunis or Egypt I think. Typical wargamer I thought I noticed one photograph marked up wrongly as 17pdr anti-tank guns when they looked like 6pdr's to me. 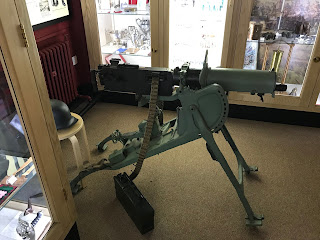 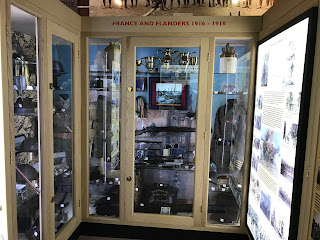 I spent a good hour and a half in the two rooms, I wasn't interested in the chapel or some other room they had upstairs, if for some reason you were in the vicinity and had time to kill it is worth a visit, probably not if that is the only reason you are in Preston and you have to travel a long distance, but certainly worth a detour if you are.
Posted by George Anderson at 09:58