Yes, it's raining again. Last week we had rain the like of which I had never seen before, as I sat watching something on the telly, an unusual occurrence these days, I decided to get up and look out the back door, luckily I did. The drain was blocked and the water was starting to build up ready to flood the living room, I had to quickly step out into the storm, rip the lid off and try and clear some of the leaves etc. within a few seconds I was sodden but the water started to subside, I should have known better, this has almost happened before, the last time there was a frog in the drain, yeuch. Job done I went and popped into the shower only to hear the missus shouting that we had another tsunami heading our way, I threw on my Speedos, no, the shorts not the budgie smugglers, and out I went again armed with a soup ladle to get at the grit in the drain. Luckily for me the drain is surrounded by wall and outhouse, so no embarrassing YouTube footage, not that you would have seen anything through the constant downpour. I now check the drain continually. One of the authors I have recently worked with lives just north of Capetown, South Africa, and is living out of buckets hoping the next rainy season will bring much needed water, he can have some of ours. 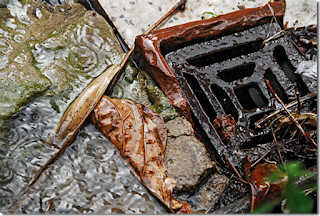 The lessons of Brexit have been completely lost on our leaders, whether you were remain or leave one of the overriding reasons was that we had had enough of them knowing what we wanted better than we did. Now we have the morons allowing adults, and I use the term loosely, deciding their own gender on a whim and it becomes official, they are going ahead with a massively expensive rail link which hardly anyone wants or believes in while a good road is becoming a thing of the past, and now they are banning petrol cars from 2040! The best selling electric car does not do what it says on the tin and gets a subsidy of £4,500 so you will buy it, if something works why does it need a subsidy? And here's a good one, you don't get the batteries with it! You have to lease them at £80 a month or buy them for £5,000 and don't forget the unmentioned colossal problem of how do we get the electricity to power all this in 2040 when we are unsure we have enough now.

And if that is not enough proof we are led by lunatics then while most motoring organisations are clamouring for an increase in motorway speeds to 80mph, the government wants to try out 60mph on sections of the M1 in the name of cutting emissions which have just topped gender issues as flavour of the month, however I predict gender will be back at No.1 again next week. 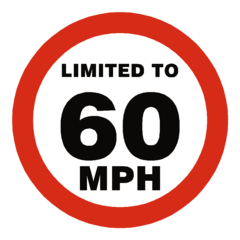 If, like me you think that we are super arrogant thinking that we can control the planet and cool it down etc., then the next item really takes a huge step for mankind. Nasa are looking for a Planetary Protection Officer to not only protect the Earth, but all the other planets we cannot get to. I do hope he/she/it works out plans in case the 102nd Fleet of the Galactic Evil Imperial Empire turns up one day. 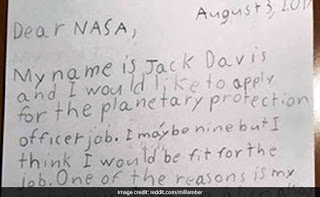 Have you been following the case of the 'Three Musketeer' jihadis, actually there were four of them in the dock, sentenced last week for planning to further the peaceful Islamisation of the country by killing people. Well they decided they would not turn up in court to hear the sentence, when was that an option, what is the point of bringing down the heavy hand of the law when you let the offender lie back on his bunk with two fingers up to the system. They should have been dragged all the way to the dock then dragged all the way back again.

Want to pay £90 for a small carrot with foam on the top, then jump on to the taster menu bandwagon. I tried one of these in what was for a week or more the best restaurant in the UK which is near here. The first dish was based loosely on a kebab, the waiter turned up and with a flurry set down two huge dazzlingly white plates in front of us, in the centre was a small jug of yogurt and pinned on the end of what looked like a stainless steel torture implement was a piece of meat no larger than a malteser. The second 'dish' was a small square of polenta and so it went on. When asked if I would like the cheese board I immediately said yes, I was cut a sliver of Lanarkshire Blue and given a grape and a small organic cracker pounded and cooked in the old barn near the compost heap, to my horror this was not included in the taster, I had been hustled to the tune of £12. You have been warned.


There is a silver lining, the National Trust, you know, that organisation set up to look after the moral fibre of the nation as well as the odd old house, tried to jump on the gay wave this week in the mistaken belief we all are, by ordering its volunteers at Felbrigg Hall, see that, volunteers, to wear rainbow badges while deciding to 'out' the dead owner who kept his sexuality to himself while alive. Real life hit back at last and they have been shamed into reversing their decision, a small step for mankind ............ 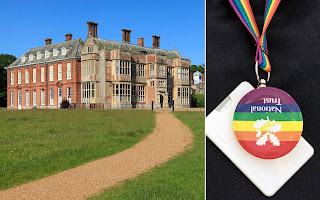 Posted by George Anderson at 08:27