Show Me Yours (Again)

I took the full Legio XII out of their boxes last week when challenged by Dave Toone to 'Show me yours' on his FB page, I thought it was a good idea because it is not often you get to see your whole force on the table at one go and spectacle is part of the job description for a good wargame. I decided therefore to get a photo shoot with each of my WAC armies so I am doing them one a week. I only have four so it won't take long.

This week it is my Saxon Heptarchy army, this army started out as about 50 figures for Dux Brittaniarum and the natural thing for me to do when starting War and Conquest was to expand them into a full blown army. Sadly I found them at quite a disadvantage against my Romano-British as the basis for the Early Saxons was as a raiding force, while the British still had vestiges of Roman training, tactics and armour, and of course someone called Arthur. The Saxons were given a new lease of life on the introduction of the 'Age of Warlords' lists added to the WAC system, this gave the Saxons a choice of several armies with different fighting styles. I found the Heptarchy (700AD) suited me best, the Saxons now had proper standing armies and forces more likely to bring victory in set piece battles or at least give a good account of themselves. 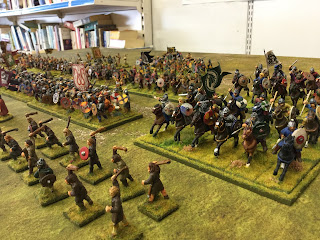 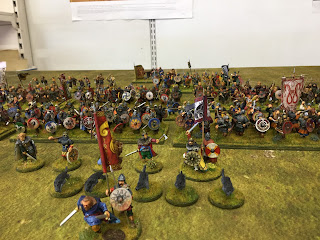 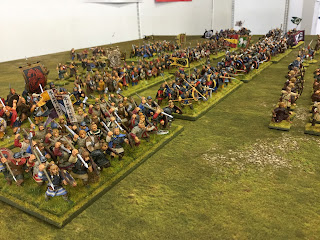 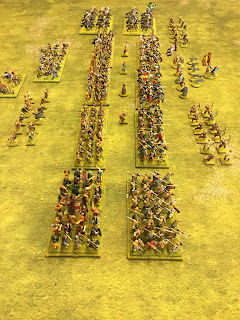 If you look at the lists you may wonder why I have Franks and Picts as mercenaries and not Welsh, well the original lists had Franks and Picts and I am not getting rid of 64 figures as to all intents and purposes these troops have the same stats, and anyway apart from that 'one guy' who would know. I think the Picts have still to take part in a battle and you know all about the Franks.

My plastic archers only need flocking now, I didn't like the look of them at first but they have painted up fine, however that satisfying weight when you pick them up is not there, and I like that.


Several map projects have now reached their conclusion, again WWI and an interesting set on fighting the Apaches. 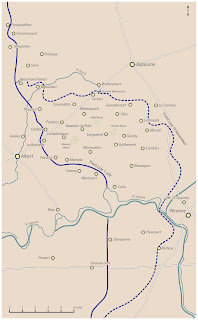 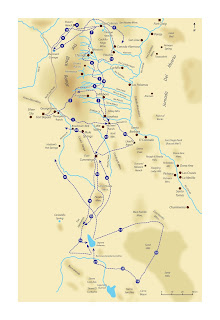