Well here we are, another year gone and me a pensioner, something which I used to think only happened to old people, and me still looking good although the inside is a train wreck. Not a bad year for me, a good holiday in the North of Scotland at the beginning with superb weather and finishing with the fabulous China trip.

I finished off my Patrician Roman army and finally settled on the Seleucids which will I suspect be my last War and Conquest army which I began in early November, it will be Spring 2018 before it will deploy in all its glory. I am hedging my bets here as I do enjoy collecting troops and painting them for these armies but despite what will no doubt be a howl of protest you do have to take stock at some point. Getting in touch with Kevin has allowed me to fight more games of WAC than I had anticipated, I hope this continues in 2018. I did not go to any WAC weekends this year and next year I am unsure, Rob Broom is planning one for March and there is another possibly in February. I do enjoy these and it is a chance to meet up with friends from the other end of the country so they are pencilled in, or will be when we get round to getting a calendar for 2018.

I managed to play some boardgames this year, which is a first for me in a long time, I eventually bought Hammer of the Scots and although it is a fine game and sexier than Robert The Bruce, the latter is still the better game in my opinion albeit needs a map update.

I have not managed to do much with Bolt Action this year despite doing some work on my terrain, the main problem for me is that I like larger games than you can have on a club evening, where you turn up with about thirty men and a motorbike, I have tanks, trucks and guns and want them on the table, a big table, but I have not managed to entice anyone interested in BA to Casa Anderson so far. I did try Chain of Command once again and once again was left disappointed, so much so I will not touch it again.

I only managed one or two games of X-Wing and slightly more of Dead Man's Hand, I would like to get a few more figures for this once Black Scorpion release their Tombstone Kickstarter range, not that I need any but I do like their style. They will not be available until April which suits me perfect.

That about wraps up 2017, what about 2018, well I have already noted that the Seleucids will be finished around Spring, I do not intend at this time to plan any further armies or forces for the year, although rebasing my skirmishers onto bigger bases is a given
. I do still have an itch for the French and Indian Wars or something involving the Jacobites, the latter has crept in since I drew maps for the battle of Sheriffmuir. I also want to do a few ACW battles and am toying with the idea of setting up a small campaign for four players. I have now fought two battles from my Dark Ages booklet so would like to do at least a couple more at some point. Kevin has several naval games and these might prove interesting. None of us know what a new year will bring but this is a kind of plan for me to work with.

Map projects are already building up for 2018, the Atlas I have mentioned, the Spanish-American War, Belgrade during WWI and Stony Point (AWI), the Franco-Prussian War and back to WWI for at least two books. 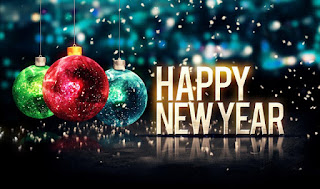 Posted by George Anderson at 09:58