The missus is away for a week, left yesterday, once I closed the PO, far too many customers for a Saturday, I managed some map work and then sat down to have a couple of Canadian Club's to spoil myself as I have not had an alcoholic drink for months. I could find nothing on Netflix and settled down to 'Full Metal Jacket' what with going to Vietnam next year and reading Hastings' book, it has not stood the test of time well and looked fairly low budget especially the warfare in Hue, I gave up, I enjoyed the CC's but won't renew the bottle when it is done, which at this rate will be at least another year.

This morning against my normal practice I lay in until 1000 hrs and will continue with this laziness throughout the day with a week facing the public coming up from tomorrow morning. I will finish off a couple of maps and then sit and get on with the Celtae Seniores unit for the Patricians, I want them to stand out a bit from the other Legions as they were the fourth senior Western unit in the army.

I phoned Caliver books on Friday morning to ask what has happened to my pre-order of Black Powder 2, they guy sounded surprised I had not got it, to my surprise it arrived yesterday, so first class mail can deliver next day. He kept telling me to check with my local Post Office, I kept telling him I was the local Post Office! The book is fairly bereft of proper reviews online and I cannot say much about it not having gone through it, what did strike me is it has far too much pointless eye candy, also just under half of the book is taken up with scenarios. It looks well written and the rules do look well laid out with many helpful examples and tables, but as I say, I have not actually read it yet. Am I the only one to find the cover a bit OTT, the War and Conquest cover is the same and it hides a really well laid out and splendid set of rules where the balance between eye candy and rules is far better. Sadly it is just not popular. 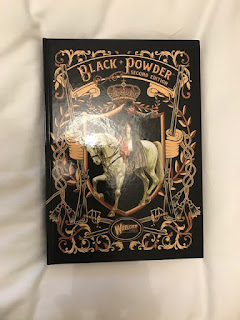 I have just finished maps for a second volume on fighting Victorio and his Apaches for Helion "Horses Worn to Shadows", lots of small scale actions for John Wayne and U.S. cavalry lovers, pilgrim. 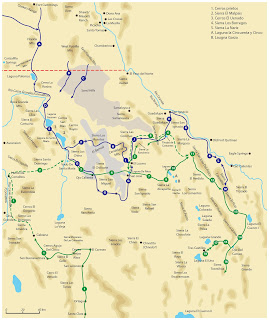 I now have about half a dozen of the AWI atlas maps done, the first tentative steps of nearly 200. I didn't enjoy the Indian maps but I am enjoying these. 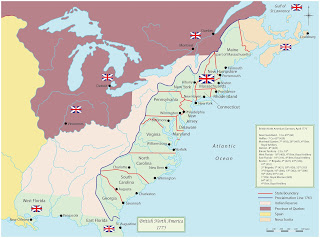 Oh, and I gave up with Iggulden's book, he has taken Brutus from his well to do Patrician family and invented a complete fantasy that makes him the son of a whore taken in by Caesar's family and magically makes him fifteen years older than he really was, therefore Caesar's best pal. He also kept harking on about the Empire while the story is set in the Republic and his largest sin for me was he thinks a contubernium is ten men and not eight. A real shame as he writes well, but I cannot suspend my knowledge so easily. So I picked up Vietnam and knew before I had finished the foreword I am in for a treat.

Right, more time to waste.
Posted by George Anderson at 11:08