Sagittarii and other stuff

I finished my second Patrician Roman unit the other day, it is one of two skirmish units of archers which I plan to use, I will have thirty-two of them when I am finished, this will give me either two units of between twelve and sixteen or three units of ten if required. I intend to have a light cavalry unit with bows as well so that is more than enough skirmish commands. These figures are Gripping Beast the others will be Footsore, I wanted a better mix than using either one or the other manufacturer. 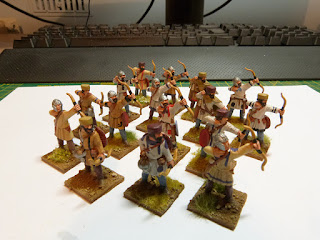 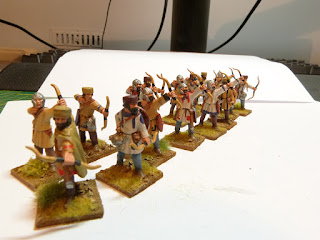 I am just about finished Goldsworthy's 'Fall of the West' overall it confirms my previous knowledge of the loss of the West, the pressure on the borders and the continual waste of resources in civil wars and rebellions. The army itself, although changed from the days of glory of the early empire remains a formidable force but expends most of its energies fighting other Romans, and with the subsequent loss of land and hence taxes and manpower it becomes unable to do its job. That is the situation with a broad brush mind.

I have been recommended to look at the books by Ian Hughes and have ordered and received two already, one about the general Stilicho who begins my period and the other the life of Flavius Aetius, the man who will be commanding my own troops in due time. I have checked out Hughes online and from what I have seen and read so far I think I am on to a winner. Although I have the books I am waiting for one more to arrive which has nothing to do with this subject but I want to start it as soon as I get it which I hope will be Tuesday. 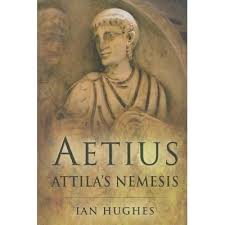 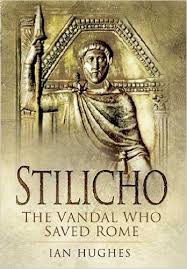 My StuG and the 250/1 have been given their factory coat of dunkelgelb and markings so are ready to be weathered, I am hoping to do this today and get them finished over the next couple of days. 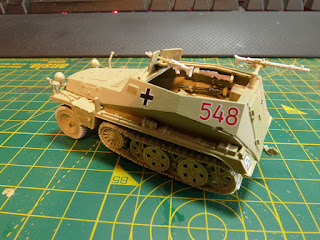 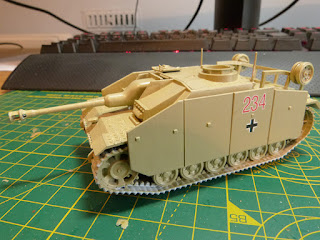 Posted by George Anderson at 14:55