Its been one of those weeks where I thought things could not get any worse but every sunrise brings a new low, the politicians who I already have nothing but contempt for continue their march of hubris to bring the country to its knees.

They have listened to the Swampies, the schoolchildren, the purple rinse brigade and that plain, annoying looking girl from Sweden and made zero carbon emissions by 2050 a law. So practice your farming techniques (with due diligence to the wild life), your fire making (no coal or maybe even wood), hunting skills (checking in with PETA) and find the nearest cave and stake your claim because the new Stone Age is upon us. I cannot get over the supreme arrogance of human beings who think they can somehow change the planet, sure, keep stuff clean but the world changes, has been doing so for millions of years, why is it only the nutters are heard? And of course the lunatics think that 'our example' will have the Chinese, Yanks et al also giving up their modern way of life to march alongside us. No, they will laugh as we destroy ourselves.

Our motorways are a disgrace for a modern country and journeys are almost as long I suspect as they were when people hung on the side of a coach, but no money to sort things out, however it is being poured into a black hole in order to shave ten minutes off the train journey from Manchester to London. And look around, which train company actually manages to run things efficiently, I predict that the ten minutes will come off the delay and not the journey time.

Oh and the politicos are not finished yet, from August able people with mental health issues i.e. anxiety, low self esteem etc. are to be provided with disabled parking badges, I have every sympathy with these people but they can still walk. So we could have real disabled people fighting for parking spots.

If it was ever in doubt that politicians have more interest in their parties than the country that has been dispelled with the in fighting of the two 'leading' parties and the Walter Mitty thinking of the third, how does 12 out of 650 entitle you to be the third party?

Top police woman (of course) Cressida Dick got very close to saying our Police are useless last week, this is another outfit I have lost my respect for, they find it easier to chase dead guys or people who usually turn out to be innocent for 'crimes' committed when the old King was on the throne, or pop round and inform you that your recent post/tweet might have upset someone living in their own safe space bubble. This week four of them and two vans turned up to arrest a woman who asked her useless husband to do his bit and clean his mess up. Seemingly a law was put on the books in 2015 that coercive behaviour is now a crime, like telling your husband to do the housework when he has his body to worship. I can expect a full SWAT team to pick up her indoors.

Did you see the picture of the preening heads of state at the G20? Why was Brazil, Saudi Arabia and Argentina in the front row and Daisy May in the second, and why were the two unelected jokes, Tusk and Drunker there, and what about Macron, a leader whose people hate him and take to the streets every weekend to say so (no you won't find it on the BBC). 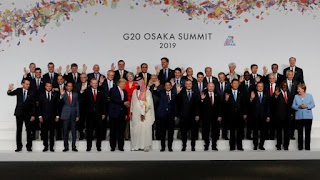 When I had to go and see the consultant with my problems down below earlier in the year I swiftly got an email from her asking me to rate my experience, why? Whenever I buy something online now I invariably get a follow up with a satisfaction survey, I bought two little pots of paint, I sent money I got them, big deal, I don't need to take time out to say how wonderful it all was, I buy all the time, get over it. It all started of course with that 0800- hows my driving nonsense, remember that, did you ever phone in? Anyway it is more direct now and you find yourself frantically locking the doors and windows as someone with a hunting knife or wheel brace let's you know they are not happy with your motoring skills. Anyway the Post Office has joined the club and would love your feedback and opinion on our services is now printed on all receipts, 0800-who cares, I don't.

I almost forgot, one more thing where we have lost the plot, the GP's have decided not to charge anyone coming from abroad for medical treatment, no matter that the NHS is another black hole for money which no amount seems to fill or improve. This lunacy means the good doctors can dodge claims of being racist, no I don't get it either. Members of my family have now all been taken off a drug which works and been given a cheap one, does it work, we will see, you can get a hip replacement quicker if you are a dog or a cat. The figures involved teeter between £200 million and £2 billion, which is it, perhaps NHS accountants should be the first out the door. In America years ago my wife could not leave the doctors surgery until I had paid the bill, in the UAE the first thing that greets you as you walk in to a hospital is the reception area where you have to show your credit card or insurance details or you don't go any further. Racist, no, commonsense yes. 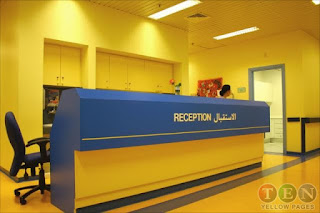 I have just poked my nose outside to drink in some UV's for a few minutes before opening up, sailing past me was a local, on a bike, texting. This of course brought back to mind the idiot who, walking into the road on her phone, got hit by a cyclist then successfully sued the cyclist, you couldn't make it up. Two days ago another local on a horse passed the PO texting!
Posted by George Anderson at 08:58