I rose to a beautiful day today and if I did not do something the missus had plans for the garden, I helped out yesterday and did not fancy it again, despite the promise of doing so. So off we went with the roof down to Leeds and the Royal Armouries. About half an hour from Leeds we started to freeze, the weather in Yorkshire was not as fine as Lancashire, so we pulled in and put the roof up, I have a dread of being caught in a rain shower with the roof down. Anyway we arrived and we, or rather I, stood out like a sore thumb, shorts, summer top and white socks while everyone else had wind cheaters, jeans, jumpers and scarves. I never learn, what would it have taken to throw a jacket in the boot.

Anyway the area around the Armouries has seen a shed full of redevelopment over the years however it still gives an impression of being empty, despite the new flats and attempts at shops, the scaffolding that was there a year ago doesn't help.

My main reason for going today was to see the Agincourt diorama and the Siborne Waterloo model and of course to get out of the garden.


As a wargamer I was intrigued by this book the subject of which I knew nothing about. Captain William Siborne took leave from the army to research his project and the thousands of figures were put together piece by piece as they had separate arms and legs to make them unique. Siborne was promised that the government would pay and of course they reneged as governments do. He also, according to Hofschroer, upset Wellington by showing the Prussians on the battlefield as it reached its climax and was told to remove them. Siborne's research into the battle was epic in scale but may have given a different impression than that Wellington had fostered. The presence of the Prussians was diplomatically scaled down for the final model. 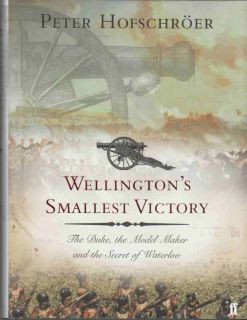 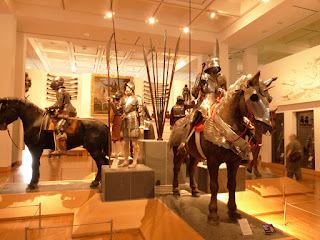 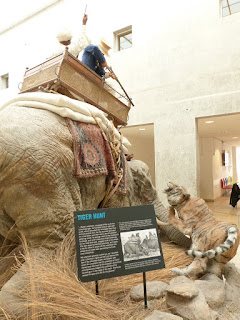 The Perry's battle of Agincourt is fantastic, a tour de force, I could sit for hours with a bottle of wine and stare at it. I particularly like the English deployment, none of those implausible multiple herces sticking out from the lines but a very commonsense take on their array. There are a couple of points I am unsure of but it would be churlish of me to moan about such a wonderful exhibit. How could you possibly fight such a battle with skirmish rules and forty figures after seeing this. 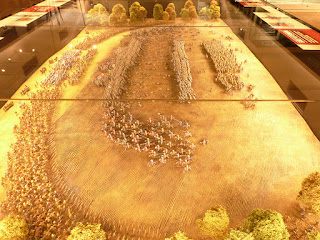 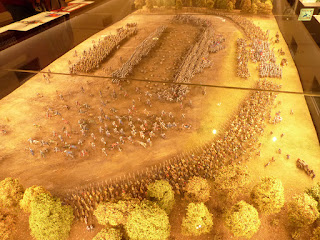 And just to round off my exciting day I wandered into the museum shop and saw this! 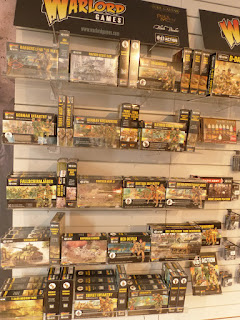 Thanks to modern technology a couple of texts reached their targets and Mum bought Dad a Hanomag and M3 for her sons to give as Fathers Day gifts. Result! Thanks boys.
Posted by George Anderson at 19:20