Well, it's not raining and not a breath of wind although it is dull, one of the village cats slinks along the wall en route to cause destruction in an area not its owners. Two old women have died in the last week or so in the village, Winnie had served in the RN during the war and had flown in a Swordfish torpedo bomber at one point, the other reminded me of the Miss Marple actress Joan Rutherford, Ann had a tendency to pick mad dogs from Rescue which must have been a nightmare for her. I always remember one which, when she parked up to come into the Post Office simply went stir crazy in the back of the car and made more noise than a banshee. Two nice old dears.

I registered for the BBC iPlayer yesterday, the service is not going to be free in the near future so you have to have a licence and you have to register to use it, you have about four regular questions then comes the one which causes you to stop dead in your tracks, are you male, female or other? Personally I am annoyed at this but as I belong to a silent majority I can be safely ignored, what has it got to do with watching a television programme and when will these gender fascists give up and admit there are only two genders, male and female. What chance has the human race got in the future when after all our progress we have got to a stage where we are unsure what or who we are? Don't for a moment think this nonsense will not impact you, my seven year old granddaughter is now being forced to read a text book entitled "Bill's New Frock" lest she grow up to be intolerant of people who believe they are neither male nor female. There cannot be any Moslem's at her school because if there were this would never even have been discussed as being a believer of Allah trumps even gender politics. 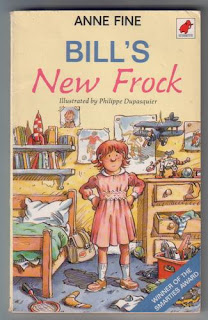 On the subject of the believers I see that the UNHCR have taken leave of their senses and proclaimed Saudi Arabia, a country where of course women can be executed for adultery and cannot drive a car amongst other lunacies, are in charge of what passes for the department of equality for women. First the EU then the UN?

I notice the Christians are at last fighting back and getting the boot in, sadly, instead of backing the bakers hounded by the gay community for instance they have jumped on a non-starter and are trying to get the King of Twitter Stephen Fry burnt at the stake for blasphemy, I say sadly because Fry's comments were truthfull in the first instance and not many would miss him in the second.

Giant rats will become intelligent and rule the world after destroying the human race, this is my prediction to add alongside this one "Palm trees could grown in the Antarctic if climate change continues". I don't know where you stand on climate change, I believe there is climate change and it is natural, there, no doubt GCHQ are monitoring this and I shall be whisked off to the sound of a truck engine idling and the stamp of jackboots on cobbles at 2 am in the morning. That aside I am old enough to remember some forty years ago reading in a newspaper that I would soon be growing bananas, pineapples, passion fruit and dragon fruit in my back garden if I could brave the solar rays and harvest them. Yes, palm trees 'could' grow wherever and giant rats 'could' take over and on the other hand, perhaps they won't, which one would you put your mortgage on? 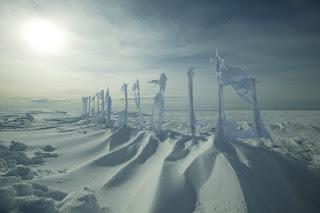 And if you doubt the scientists then listen up, this just in, exercise will not now help you to lose weight, I will of course leap on this gem to justify my hours spent in front of the computer shedding pounds.

Weight, OK, a family somewhere were being hailed in the press for being frugal and instead of spending a fortune on takeaways, the canny woman made her own, fakeaways, geddit? She has succeeded so brilliantly in this venture that she has also managed to fake the fat content and no doubt the increased health problems, but she has saved £3.46p. 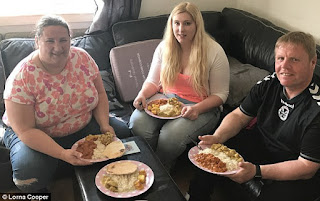 What's your take on novelty funerals, the coffin shaped like a star destroyer or the mourners turning up as the cast of Aliens, would I be happy if my friends and family turned up as Legio XII Fulminata or differing versions of Robert E. Lee or Ulysses S. Grant? No I wouldn't. I have given strict instructions that respect will be shown and anyone not in black or chucking on their best jeans, combat jacket or trainers gets turned away at the door. 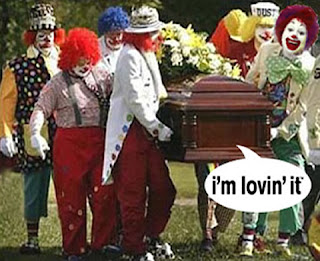 Do you remember the old days when you fell out with your mate and you shunned him in the playground until you grew up and became best friends all over again. The modern version is far more stupid, you get 'ghosted' your so called mates do not answer your emails, texts or eventually when they fail, your phone calls, this allows the penny to drop and you are persona non grata. Isn't technology wonderful. 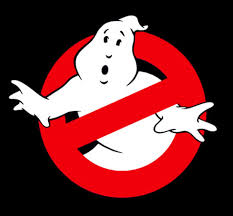 That damn Brexit won't be happy until we slide into third world obscurity, the latest victim of all those ignorant, racist, fascist, know nothing votes was poor Lucie Jones, you remember Lucie, the girl who lost X-Factor to the two incredibly talented Irish clowns, sorry clones, Jedward. Lucie suffered Europe's backlash against Brexit by not being voted the winner of Eurovision, I feel ashamed.
Posted by George Anderson at 09:23