Seems like a long time since I got down to blog with a lot happening.

Before I managed to get my Italian Wars game in I had another ACW bash, this time at the club with Simon which I had almost forgot about. It was a simple game due to time contraints and we set up a meeting engagement with two brigades a side fighting for the control of a crossroads, for a change I took the Rebs.

Simon put most of his effort into the centre while I let my larger brigade try and hold him off with the defense anchored on a nearby wood the rest of my boys pushed against his left flank. The Federals very quickly began to suffer and fall foul of some desperate die rolls, also their position near the crossroads was in a dog leg and flanking fire added to their misery. Simon was now forced to withdraw to lessen the danger to his line while my boys took advantage and closed in on his left, it was now the Federal morale broke and several instant routs caused havoc in the blue line. A victory for the greybacks and a bad night for Simon. 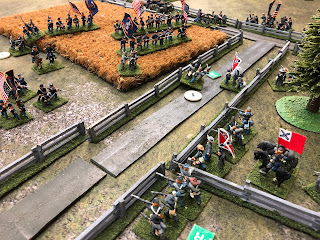 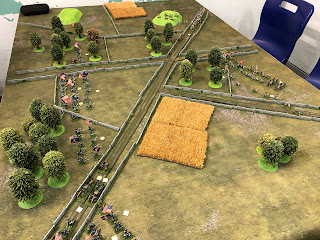 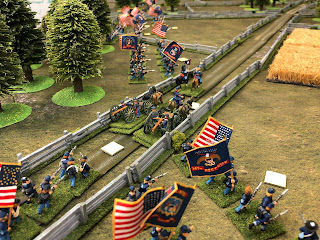 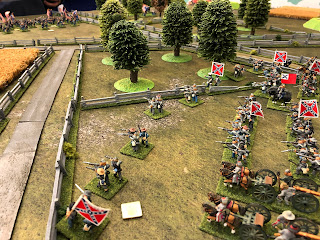 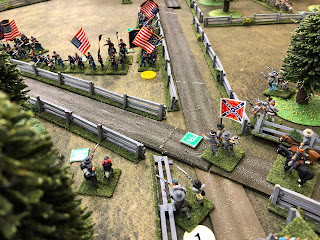 I then missed last week but turned up last night for a Black Powder (yes, I know) Colonial game organised by Rob, with tweaks by Rob. Two British brigades had to make it to an oasis before the Mahdists took control of it, the little hamlet had a small garrison but needed to be relieved quickly, I was in command of the Highland Brigade and the furthest unit from the objective, moving slowly in brigade square it was obvious Simon had the task of getting to the oasis while I had to try and keep the enemy occupied.

When the enemy were deployed I suddenly found myself surrounded by hordes of fuzzy-wuzzies, thankfully for me Osman-Stuart found it difficult to get his men to engage and when they did they came at me piecemeal. Some camel troops charged one of my Naval gatling guns on the edge of the square and although it managed to inflict some damage it was ridden down and the enemy got into the square and hit the Highland light infantry. My boys held, just, and sent the camels packing never to be seen again. It was now time for the Mahdist infantry to try their luck, but this time the matelots stood their ground and shredded the fanatics. 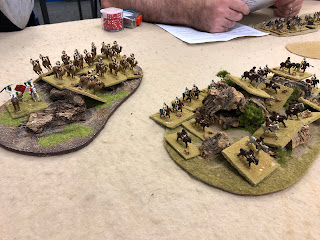 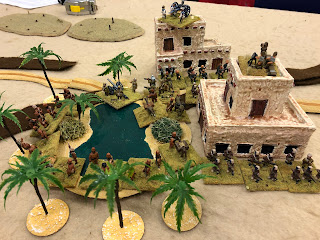 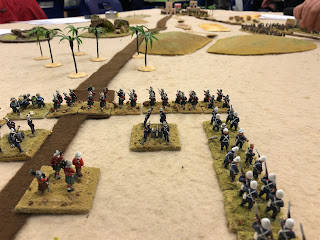 I now took the decision to break up my square as the HLI were pulled back after just surviving another furious assault and replaced by the fresh Royal Marines, my other Scottish battalions prolonged my line and the Dervish waves broke on the thin khaki, blue and red lines. The Navy again proved their worth until their gatling gun jammed, but they survived nonetheless. Only as the dust settled was I able to look across at the second brigade which also had been under some pressure and found out it had managed to break the Mahdist attack and save the oasis. One for the Empire and a good game. Jimi 'the dice' was on the Mahdist side, he was rolling all the right dice, but not necessarily, in the right order. 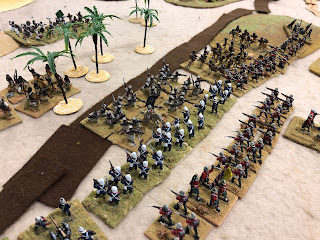 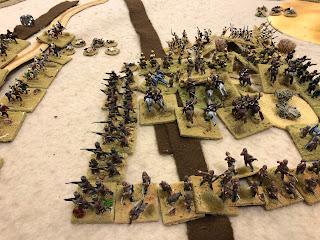 I haven't done much on my Italian Wars project apart from finish some gendarmes and get some 'archer' heavy cavalry cleaned and primed. I am also getting a chance to look at more rule tweaks after Mark Webb sent me his house rules, there are some nice ideas which Julian and I will have to look at as we get on. I decided on ordering up enough troops to finish, for now, my French army so I have three orders now outstanding with TAG which are French pikes, arquebusiers and Stradiots, I do hope they turn up soon as I need a change from cavalry. I have also got an order of Landsknechts ready for Steel Fist, these are the first troops of my Imperialist army which is the big thing for next year. 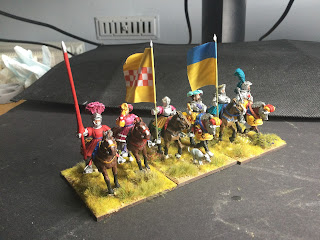 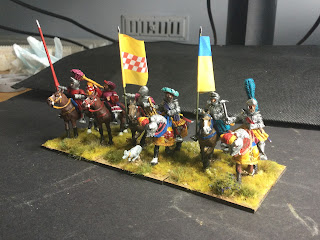 I got dragged to the Trafford Centre last week for shopping, not a place I enjoy, but I was quite surprised at the number of units now empty and the lack of people shopping, a legacy of the past two years according to some. On the way four police cars passed the opposite way, at speed and sirens wailing, I said to the missus that some poor sod had misgendered someone somewhere.

I have not done as much reading as I should recently but I am thoroughly enthralled by "The Empire of the Summer Moon" dealing with the Comanche indians, a brutal and eye opening insight to life on the plains between white and red, and red and red. 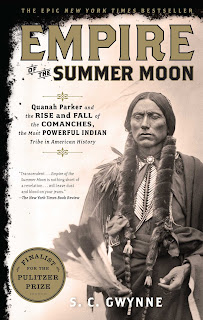 I have also come late to some excellent TV, "Slow Horses" and the movie "Kajaki". OK the former takes a 180 degree turn on who the real bad guys are but putting that aside I really enjoyed it, so much so I might pick up the authors books, or at least give one a try, the latter is a gem and a different kind of war movie, I was on the edge of my seat, but you have to give it ten minutes. Then "Dahmer" a creepy biopic on Jeffrey Dahmer played so chillingly by Evan Peters, lastly "Blackbird" a prison tale with a difference based on a real story. You might want to give "Narco Saints" a look, drug dealing in Suriname, a Korean production, yes it is a bit different but I have seen worse. 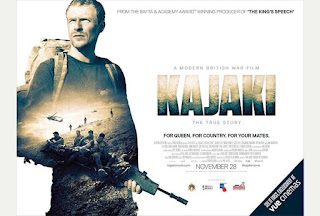 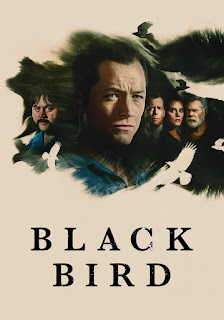 I continue to be busy with maps and although I have completed several over the past few days I still have seven projects in the wings from Renaissance Poland to modern conflict in Suriname (now there is a coincidence, see above).

Oh, I forgot, it is time to break out another fiver for Partizan on Sunday.

Posted by George Anderson at 13:04