Having been fired up with a weekend of wargaming I was looking forward to my Tuesday night jaunt until I was informed that the School where we meet had an event on and we were therefore moved to another section. I had organised a War and Conquest game so it would be a struggle to get the terrain from one place to the other, even if that were possible, and the lighting in the new room I was told was not good, so I cancelled.

All is not lost however as I have a game of Bolt Action organised for this Sunday, the missus is away for a week and Simon has a free day so we are spending it on the Eastern Front circa 1944, we will have more time than usual so we are going for a large points game and I therefore hope to get some of my more fancy vehicles on the battlefield. To sort out my problem having to take the open-topped Marder as my go to armoured support I have ordered up a Hetzer which has the same gun and is cheaper than a Panzer IV, a little research however has shown that this vehicle first appeared on the Eastern Front in July 1944 so will not do for Normandy battles, which gives me the opportunity to get a StuG III for that period. I have a crazy idea to paint the Hetzer in a late war scheme then give it a slight white wash as the residue of a winter coat. 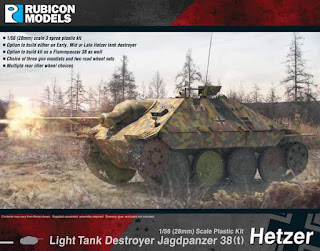 On the tray at the moment are twelve Saxon archers, usually I have to bring both armies if I game at the club so I do lack a greater choice for skirmishers, also the archers I have are actually Romano-British so grate a little when I use them for the Saxons.

I have also gotten into the habit of having the telly on in the background when I paint, usually something I am not too bothered with and can listen to rather than having to watch every second in case I miss a crucial backward glance or knowing look. I am enjoying the second season of Narcos at the moment but it is no good for painting as you have to be aware of the Spanish subtitles, so I usually leave this until I am done for the night and can concentrate, if you haven't caught up with this then do yourself a favour and start now. I also have to revel in the dark ambience of Gotham so that too is no good. 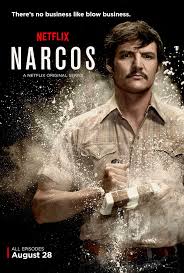 So I went looking, I like comics so tried Marvels Luke Cage, this is an almost all black show where if there is a white guy in it he is either a dope or is there simply for Mr. Cage to beat up, payback maybe, whatever it is it was not for me. The main actor was from the P Lank school of acting and I was overwhelmed by the Motherxxxxxr and N word use, so no go there, swiftly on to another comic book inspired series, Stan Lee's Lucky Man. I had got the impression the earthy James Nesbitt was the main actor in this however the guy pictured on the advert looks like someone who has been to a plastic surgeon to make him look like James Nesbitt would have looked thirty years ago with a plastic face. Anyway it was James Nesbitt, his talents wasted, and the the series is dreadful, has a cheap feel to it and will not do even for painting. While searching I came across The Jim Gaffigan show, Jim is a fantastic comedian, well, I like him, so I thought winner, sadly the show revolves around Jim and his family and friends, there are 5 kids and a bubbly mum and it all looks rosy in the household, no tantrums, no shouting and no slapping, I thought it was comedy not fantasy. Also chucked out was The Good Place, Fresh off the Boat and several other 'not to be missed' series.


So I ended up with Ripper Street, and I managed to get the guys fleshed and started on their tunics, so a result in part, it is early days, the good news is that if I do continue with this it is up to series six or something and that is some amount of painting. 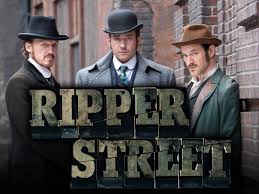 Posted by George Anderson at 13:52