Lovely day yesterday and it looks like being another, the sun is shining, still a bit cool though, and there is a morning mist way in the distance so I can see myself sitting in the garden with a cold beer at some point today. There has been a lot of interest around Washington House this week, a prospective buyer perhaps has made a second visit en famille, and spent time in earnest discussions with the estate agent at the side of the road. A village quiz has ended and the Drama Group are getting ready for a production of 'A Good Country' in the hall at the end of the month, something to do with Australian convicts. I am getting ready for a long weekend down south over Easter. A visit to the theatre courtesy of my granddaughter, sadly she is not paying and a day at Legoland are on the cards, for me I want to pop into the V&A and a comic museum, either that or at last the Guards Museum. What about my customers you ask, yes, what about them? It was gone 10 am this Saturday before I sold a stamp, so I am off.

Big news of course is that Trump has fired missiles at Syria on the evidence of some Turkish doctors somewhere on the border between the two countries, a tad quick on the draw for me. I just don't get why Assad would use chemicals on one village knowing it was going to cheese everyone off, especially as he seems to be winning the war anyway. It also seems to have been pointless to me, the hardened bunkers seem in the main to have not suffered at all, and as they didn't hit the runways what was the point. I love the way we choose our dictators, if you are on our side, like Gaddafi or Hussain were at one point, or Pinochet or Egypt's present leader with a horrendous human rights record or you have nuclear weapons like Kung Fu Panda in North Korea you won't get hit with a big stick, but if we decide you are no use to us we move heaven and earth to get rid of you. And at the end of it what right had Trump to fire rockets into a country he is not at war with. I have said it before, I don't want to glow in the dark because of some third world hell hole. 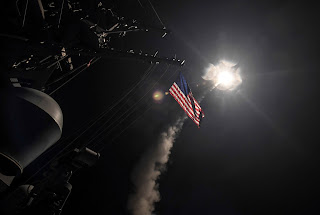 The US airstrike may have blinded you to the other big surprising news last week, Barry Manilow and Paul Burrell are gay, surprised the hell out of me, and here I was thinking they were macho men and good role models for young, unprivileged, inner city kids. Too much? In Manilow's case, so what, it's his business. The other is a different kettle of fish, a snake oil salesman as slippery as his product, we all use the term 'makes my skin crawl' but when the butler and professional sycophant was front page news I did feel my skin crawl as I listened to him. He still makes me shudder. I nearly forgot, he commissioned his own Tartan for his 'wedding' and the explanations for the design would have you reaching for a bucket, he should be under a rock. 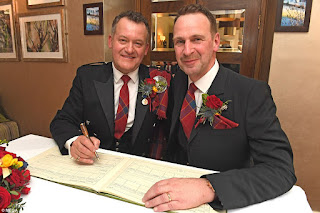 I wrote my letters to Wee Jimmy Krankie in Scotland, Theresa May in Westminster and my local MP David Morris and asked if they would kindly let me know if I, as a citizen of the UK and Scottish would get a vote in the second referendum. Mr. Morris sent me a lovely letter outlining the Conservative plans for Brexit and tagged a sentence on the end saying it was up to Holyrood who votes, and here was me thinking Holyrood was only a devolved governing body and should do what it is told. I also got a reply from Wee Jimmy's office, a Ewan Stuart told me all about how the SNP was carrying out the will of the Scottish People and not once mentioned whether they were happy for this Scot to get a vote, so I am awaiting a second missive from Edinburgh. Theresa is obviously busy, they call her Mayhem in Scotland, cute. 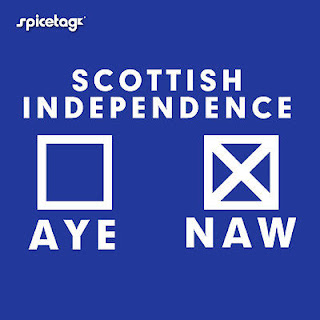 And which party which professes to be for the people and against all the bad things in the world decided to ignore the people of Scotland who are not SNP members and do not want a referendum, lent just enough votes to get it passed, the Greens.


Jobs for the boys in Brussels, always thought they had three presidents but no, they have four, and they now have two Brexit negotiators, how will that work?

Where do you stand on the Cadbury Easter Egg fracas, the removal of the word Easter from their annual egg hunt, albeit it is still in small print on the packaging. I almost gave up on Cadbury, I get a bar once in a blue moon, when it was bought out and the production was moved to a secret bunker in Eastern Europe. Although not religious, Easter has its roots in a pagan festival, I'm going to do my bit and put them on my 'not to be traded with' list, that'll sort 'em. 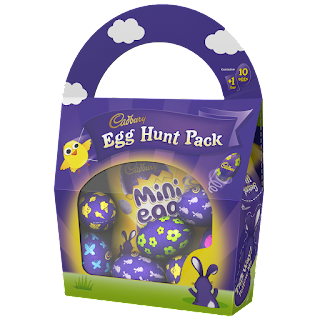 I like ice cream, but I like good ice cream which normally of course means expensive ice cream, but it keeps letting me down. I was tempted by Ben and Jerry's Topped Salted Caramel the other day and yes the top bit was lovely but once that has gone you have to dig through the tasteless stuff to get the odd little nugget of Salted caramel or chocolate thingy. I have noticed the same with Hagen Das, Strawberry Cheesecake for instance, there's not a lot of cheesecake in there, and why does chocolate ice cream these days not taste of chocolate. My son lived near a Baskin Robbin's in Doha a few years ago and that was heaven, yet you get the same company here and although it is nice you do not get the full range of flavours, it's like our local supermarkets, the same ice cream now for seventeen years. So that's Ben and Jerry's on the list as well.

Did you watch the annual Panorama programme on the poor people having to live off benefits last week, I only caught the highlights on the news and if they thought I was going to feel sorry for these people they were well off the mark. One woman who had had seven kids, all taken into care, not married of course, no job despite being completely able bodied, can you say that now? Anyway she was wailing that 'my money' (no dear, it's my money) had been cut and how was she supposed to live, answers on a postcard. Then there was the equally able bodied looking couple with two kids who desperately wanted to work but sadly could not for medical reasons, she explaining this while whizzing her kids around a playground he from his well worn couch with the plasma TV in the background.

Yes, it is getting out nice, nothing really to do today apart from a bit of ironing which should take about half an hour then sit in the sun with a good book until I start to melt, I don't like it too warm, a small fry up is on the cards right now though. Happy Easter, no View next week.
Posted by George Anderson at 09:07

Email ThisBlogThis!Share to TwitterShare to FacebookShare to Pinterest
Labels: View from the Window