Once again it is not raining although there is no sunshine in sight and it is fairly grey, there is no wind either, probably blown itself out after three months. Summer however looks like closing the way it began, miserable. Ever notice how you can be buzzing away, carefree, the sun is shining, the sky is blue all is right with the world, and then you get that one little drop of rain, you shrug it off, life is good, then another, suddenly the temperature drops, the light goes, it becomes dark the birds stop singing, dark clouds roll in, thunder crashes and lightning barbs shatter the sky, that'll sort you out mate, happy sod!

I have just had an email from my friend in Canada who went to an ACW reenactment depicting the return of the 2nd Minnesota at the end of the war, a happy event you would have thought. I think this was the outfit I fought with at my last reenactment many years ago at Spring Hill, Tennessee. One of the participants was portraying a Colonel of the 6th Minnesota who was the Provost Marshall General at the time, he was instructed not to mention the regiment to the public when asked who he was as the 6th had been engaged in the Sioux uprising, the period band were also told not to play 'Garry Owen', George Custer's favourite tune and one immediately identified with the 7th Cavalry as, yes you got it, it offended any visiting Native Americans. I don't know if you remember the Battle of Trafalgar celebrations here when it was not the British and French fleets which refought the battle but the Blue and Red fleets and Nelson went out to his flagship dressed as an admiral under a huge bright yellow life jacket. Can't upset our EU neighbours or have Nelson take a tumble, have you also noticed the sneaky way that the media now say we fought WWII against the Nazi's without a German in sight.

What kind of 'ist' are you, if someone listened in on our Grumpy Old Men session in the pub of a Wednesday afternoon we would immediately be branded a number of 'ists', racist, ageist, sexist, categorist and a whole school of others of which I am thankfully unaware of but are out there.What we do manage in the two and a half hours is to put the country and the world to rights, not an easy thing to do in such a short time but we manage it every Wednesday and wonder why the politicians can't do the same. I leave the establishment without a care in the world and the feeling of a job well done, by the time I get to the house, 100 yards up the road, I think, was that a raindrop I just felt? 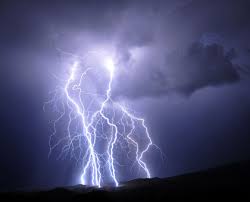 I mentioned before that fracking licenses have recently been approved for various parts of Lancashire and many local people, afraid that they will be swallowed up by an earthquake akin to San Francisco in 1906, have been venting their spleen at various sites. In amongst the crowd you can normally see one or two old ladies or the odd country gentleman but the vast majority are young, dishevelled, I should say dirty, and dressed in various weird outfits with weirder haircuts and metal through any part of their body which protrudes. Call me a cynic but my first thought is don't they have jobs they should be at, don't they have homes because they certainly don't fit in with the rural idyll here in Lancashire, you don't see them enmasse in Kendal high street of an afternoon. I suspect where you will find them is at a Post Office or bank picking up money provided by muggins here. Power to the People!

We are off to the Lakes next weekend for a family bash, we have rented a large house and there will be around fourteen or so of us, only my eldest son and one of my brothers will be missing. It is an old fashioned do and if the weather holds we will be playing rounders and having egg and spoon races and no doubt some singing and reminiscing in the evenings. All our songs usually start with one or two lines sung with gusto and then they deteriorate into 'dee dee, dum, dumm, dedee' as we have never actually learned a full song in years. I am unsure whether I will manage a 'View' next week but no doubt you will get the full story in the one after.

Posted by George Anderson at 09:26