Horrible morning, leaden sky and it has been raining, as promised by the Met Office would you believe, did you know they are going to be sacked by the BBC and some private Dutch outfit is taking over, perhaps the Dutch get better weather. How can the country's top meteorological department with all its resources be bumped out by presumably a business a fraction of its size? Warton is holding its breath for the big road closure after the Bank Holiday, the end of the world as we know it has been predicted along with all sorts of carnage on Borwick Lane, we will have our own daily version of 'Death Race 2000.' On a more serious note it will affect us and a lot of people in the village and surrounding area, the traffic on Main Street is sure to rise and there will be no bus services until the work in Millhead is complete, roll on November.

As you know I had my two granddaughters here last week, all in all it was an enjoyable time during which I mainly hid in the Post Office while my wife worked herself to a frazzle keeping them amused every day, don't get me wrong, they spent quite a bit of time in the large open space doing cartwheels, drawing and running about. I left a fairly quite house on Tuesday afternoon and when I came back I heard what sounded like a lot of fun upstairs, on getting in the house I quickly realised it was not fun, it was uncontrolled wailing, crying and sobbing, an awful racket. I entered the room with a 'Ho, ho, ho', now this is not to be confused with a Christmas 'Ho, ho, ho', this is a Glaswegian call which on hearing if you do not desist in whatever you are doing to annoy people precedes a lot of trouble coming your way. I read the riot act of course, playing the bad cop to my wife's good cop, but only after I had promised the earth to both of them did they calm down. They were back to their normal selves the next morning as if nothing had happened, kids eh? 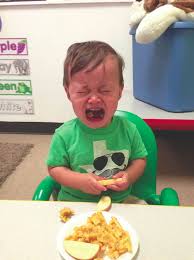 I had to take Eve back home on Thursday which meant my afternoon was shot, but that was not to be the worst. I got into the PO to find that having the girls and trying to get a map project finished had affected my memory and I had forgotten to do the monthly balance. I rang up the hell line thinking they would tell me to carry on and do it next month only to be told I had to do it before I served anyone that morning. I therefore had to drop everything and turn out the safe and start counting, it also meant I had to send anyone who turned up away after looking in my own 'Big Book of Excuses' and informing them the 'system was down' and my hands were tied, come back in an hour.

I then checked my emails to find that Adobe was charging me £200 to renew my Illustrator licence, doesn't time pass quickly, I need it but this hit the Anderson coffers pretty badly and I knew my wargaming fund was going to take a long time to recover. To make matters worse as I checked to see if this was right I noticed I had paid my Premier Inn invoice for the wargame weekend in November out of 'our' account instead of out of 'mine', another £200 smackers gone. Thursday was not improving.

I took Eve home and dropped her at my sons work, treating her as promised on the Tuesday night to a trip in the Batmobile but not with the roof down, too cold. On the return journey I was coming down an empty lane just outside the village when I espied a teenager almost in the middle of the road texting whoever on her phone, she did not see me and I had to veer into the opposite lane to get around her! A mobile phone is no use if you are under a car, although on second thoughts you would find a picture of the chassis on Facebook.

With sanctuary in sight I turned on to Main Street, I could see another car just getting to the only lay-by in the road and thought he will pull over and let me through as the left hand side of the road in the village is permanently out of action due to parked cars. No, he didn't, he drove past the layby by a cars length and stopped, signalling me to to reverse back to Borwick Lane, needless to say that was not going to happen, I pointed at the lay-by behind him and shook my head, that'll sort him. He eventually moved backwards slightly, other cars started to move into the lay-by but leaving room for him to get in, but no, he retired only a few feet. I then started down the road only to have to stop between him and a skip, right next to him in the driving seat, windows were wound down and I asked why had he not stopped in the lay-by, it was normal practice in the village, he was there first says he. More 'banter' was exchanged and then he suddenly told me to 'go back to Scotland and build the wall', where's the Old Bill when you need them, I was a victim of hate crime, my sense of worth had been violated, where can I get compensation, perhaps I could recoup that £400. The upshot was he eventually moved a couple of feet and I got away, but now there was a line of cars in front of him and behind him, he had completely blocked the main street. I chuckled into the rear mirror as I sped away, his face burned into my memory and hoping with all my heart that one day he needs something posted (evil laugh). 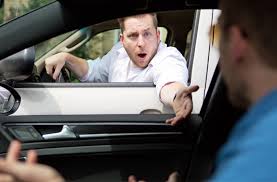 While I was driving Eve home I put the radio on for her, I caught a DJ asking someone who had phoned in what was his most awesome moment of 2016 so far, what would yours be if forced to partake in this nonsense. Well Kevin's was seeing Mary Berry (the baker) in B&Q buying a can of wasp repellent, he waxed lyrical about how his life had suddenly changed and what an exciting moment it had been for him, Mary Berry, off the telly, would you Adam and Eve it, and yes, he had immediatly texted all his family and friends so that they too could enjoy the moment. Maybe texting girl above had been replying to Kevin's red letter text.

Me? Yes I have had brushes with celebrities, I saw Shakin' Stevens treated like royalty at Abedeen airport, I barged past Stephen Hendry and his adoring fans in Menzies as I went for the latest edition of Miniature Wargames, I went to a concert organised for us by Prince Charles and heard Harry Secombe shout, sorry, sing. I also once got Mark McManus' autograph for my kids, he was Taggart in the cop show, we were in Walter McGowan's pub (he was World Flyweight Champion). In the same pub one night, I tried to tell some famous sports reporter that he had left his lights on in the car park but no one would let me through as they were in a rapt trance listening to his stories, so I went back to the corner and no doubt Archie McPherson, for it was he, got a taxi home. Only John Cumming, a man I knew well and who played for Hearts of Midlothian and Scotland and who would never have called himself a celebrity, and indeed missed the whole horrible genre, would have gotten my respect and in fact did. Mary Berry!


Will the country ever get a credible opposition to the Conservatives, Jezza is involved in a spate about train seats, I do not have a staff at my beck and call but I can book a train seat myself to ensure I get one, can't the Labour leader? And Owen Smith who wants his job continues to show he will not be elected Labour leader in a month of Sundays, he is going to block Brexit, Owen, that ship has sailed mate. Ever since Tony Blair and his lies politicians of any persuasion have shown themselves to be utterly unfit to rule the country, god help us.
Posted by George Anderson at 09:12