The latest ever View and one I had intended to skip. The weather is actually very nice if windy with threatening grey clouds on the horizon. The village is very quiet with all of us dreading the closing of the road, because not only does it mean the usual rat run of Borwick Lane will be ten times worse it comes at the same time as closures on the main M6 and Lancaster routes due to the completion of the bypass. So, allied with the driving practices of the locals any journey for a while is going to be fraught with misery, we were thinking of hunkering down for the period and even getting food delivered.

The lateness of the Sunday outburst is due to a clan gathering we had in Lanark yesterday, although I am an Anderson the other and much larger side of the family are Quinn's and someone had the bright idea of reviving a practice my Gran had decades ago of having a family picnic. Instead of a field at Loch Lomond we had a hall in Lanark and around 60 people turned up, the furthest popping in from Australia. My oldest son and I had a 'road trip' to the event and stayed overnight on a couple of couches at my sisters, not a great idea but when needs must etc. There was to be beer and wine but no spirits however suspicions were aroused as several adults were a little too obsessive about their bottles of what looked like watered down coca cola and I saw one being utterly surprised as the bottle of water he picked up tasted completely different from what he was expecting. Refreshing but not the way he thought.

The meet was a resounding success and I renewed acquaintances and met a great number of people I knew existed but had never met and never would have if the 'picnic' had not been organised. There has been cries to turn it into an annual event  and I do hope the enthusiasm will last. I also have an Anderson do in a couple of weeks in the Lake District so there definitely will not be a View that weekend, again it is about family and ensuring we do not lose touch. I'm looking forward to it, especially as quite a few of us think we are comedians.

Man up, that's my advice to all these sportsmen who now cry floods if they win or lose, we know the ladies have always been a bit partial to a tear or two but it has now become de rigueur for the blokes as well. It is everywhere, bake a decent cup cake and it's hugs and tears all round, if you get booted out of a singing contest or make a slip in that paso doble and Craig Revel Over The Top tells the truth about your performance. Cut it out. 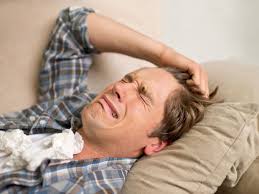 Ed Balls is joining Strictly, we've had Vince Cable shuffling his feet and George Galloway pretending to be a cat, could you imagine Pitt the Elder, Disreali, Winston Churchill or Anthony Eden lowering themselves to such public ridicule? Politicians are entertaining enough in normal life without descending to such depths. Perhaps Ed Balls doesn't get that no matter how good a dancer he turns out he is still a rubbish politician, and that's what really counts. 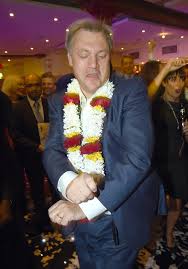 Advert watching again, this time it is an attractive woman coming home from a hard day at the office, pouring a glass of wine, kicking her shoes off, dressing in a teddy and then ......... hugging another woman in similar lingerie. Did I just see that! It was for a dating app. Most gay women I have seen, and granted, apart from the media I have not seen many, they do not look like those two, they look like they would give a Stormtrooper squad a rough time while the men would have a hard time seeing off a Brownie pack.

Moslem extremist Mr Choudray has after twenty years of fomenting hate against this country had his collar felt, great news, lock im up M'lud. But wait, how does a certified lawyer with no disabilities manage to draw benefits for twenty years without anyone asking why? 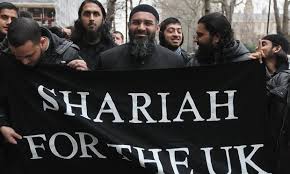 Jezza is in trouble again, someone ambushed him during an interview and forced him to admit he didn't know his Ant from his Dec, the baying mob rounded on him for being out of touch. I myself am not sure which one of the talentless whining Geordies is which but I can assure you I am not out of touch, and neither is Jezza, OK, he might be living in the 60's but you get the gist. My son popped Celebrity Big Brother on for ten minutes the other night while we tried to find a comfortable spot on my sisters couches and I didn't recognise any of them.


Almost done, you remember in the last View I asked about the Olympic Committee and whether it was squeaky clean, well a couple of days later Europe's top Committee member and one of his mates was arrested for illegal ticket sales. You heard it here first.
Posted by George Anderson at 17:49