Toe Is In The Water

Beautiful day, again, and I have nothing to do but sit and enjoy it. I put the finishing touches to my WWII odds and ends this morning which now gives me six squads a side for Bolt Action. My next plan was to base up my Wild West buildings and I duly got a pile of bases from Alan at Hokahey Wargaming, excellent service. I laid out the town last night in order to get an idea of what I wanted and after some time looking at everything I gave up, I have no need to put a lot of effort into something I only play now and again. It is not laziness, the town just looks fine as it is and is far more flexible this way, also I managed to reorder it so it fits in two boxes now instead of three, it really is too big. I offered five buildings to a good home free gratis but no one took me up on the offer.


I have changed my mind, Muskets and Tomahawks are going to remain on the back burner and I am going for the Seven Years War. To this end I have found a superb site online which is exactly what an online resource should be, you could sit all day perusing it even if you are not interested in the Seven Years War, it is that good (The Seven Years War).

As I said I am sitting with nothing much to do, I am waiting for several authors to get back to me but none seem in a hurry, so naturally I decided to get a jump on the new project. I have ordered up bases, grass tufts, flags and finials in preparation for the first figures, I have also chosen one British and one French regiment to test my painting skills, such as they are, I do not yet have the figures. The units are Griffin's 33rd Foot and a battalion of the Aquitaine Infanterie. lovely flags.

My son is coming over for a weekend of War and Conquest, we are hoping for three battles, Saturday will be Romans vs Seleucids, Sunday if we can fit in two battles kicks off with Carolingians vs Saxons then Patrician Romans vs Romano-British. All the games should be hard fought as there are no stand out winners, only some tough decisions and tough fighting ahead.

I managed to sit down and watch Den Of Thieves the other night, I wasn't looking for Shakespeare but my god has big Gerry Butler let himself go, he looked like a he needed a good wash throughout. If you are or have always been less than impressive in the six pack stakes and it has worried you then this is not the movie for you, goody or baddy all were interchangeable with their muscles having muscles and covered in the obligatory indecipherable tattoos, no 'MUM' here. The plot was just about believable but the execution was not, you could drive a bus through the holes. Dreadful stuff. I have already been warned off Black Panther with its seemingly less than subtle subtext, but we will see. 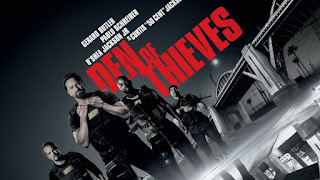 I managed, despite having to close my eyes or turn away several times, to watch the first installment of the Beeb's take on the Jeremy Thorpe scandal and it was excellent, mainly due to Hugh Grant (Jeremy Thorpe) and Alex Jennings (Peter Bessell). I remember having no sympathy for Norman Scott back in the '70's and that doesn't seem to be about to change. 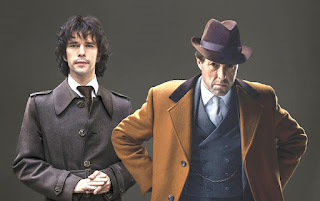