I have finished Max Hastings' Vietnam tome, it was a good read, very much an overall history from the political and military viewpoints, the main thing to take away for me was what an overwhelming disaster for the Vietnamese people North and South the war was. The whole thing was a lesson in how not to fight a war, was anything learned, not if Iraq and Afghanistan are anything to go by. A good book which covers every aspect of the war.

I have now started on Passchendaele: A New History by Nick Lloyd, I am lucky to have Helion's First World War editor and Third Ypres expert Michael LoCicero on hand to ask for recommendations and he recommended this book on the battle. By the time I had finished the prologue I knew I was going to like it. I still find myself appalled by the sheer number of casualties during these battles, year after year, Lloyd however is very good at explaining why these battles were fought and how close they came at times to success. 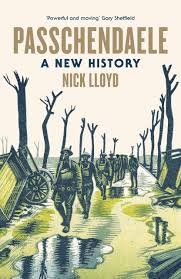 I got a book token for my birthday and what better way to escape being dragged around shops which I have no need to enter than browsing in Waterstones to spend it, "meet you at Marks and Sparks front door dear." The first one I picked was The Darkening Age by Catherine Nixey with is all about the Christian destruction of the Classical World, why, I don't know because it intrigued me. Going for it it has the 'goodies' being presented in their true light, I always like this kind of expose, my one reservation is that it is written by a woman, yes howl away and clog the twittersphere, I have only ever read one woman historian of merit, Barbara Tuchman, and she was superb, I have tried but each time has been a fail, fingers are crossed for this one. 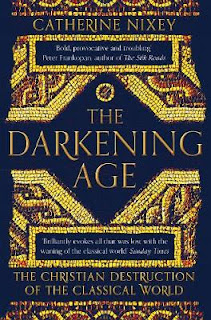 My second choice was Waterloo by Tim Clayton, I have read many books on Waterloo, and am now going to read another, it is one of my favourite battles and I think it is impossible to get enough of it. 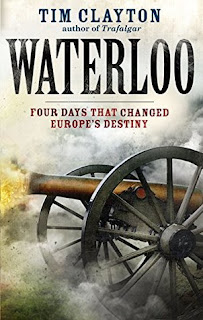 I am scrapping the bottom of the barrel again with TV and movies, it got so bad the other night I started back at the beginning with the Sopranos, great as it was I was reminded again how I hated Tony's children and only wanted to see the guys whacking people, so I gave up. I also went back to Modern Family, I gave up when the storylines got even more PC and sentimental but after watching another half dozen I do wonder why it still survives as it is now a caricature of a caricature. So I am left with not a lot of choices even for 'watching while you paint'.  The second season of Tin Star is due shortly, the only ray of sunshine on the horizon. 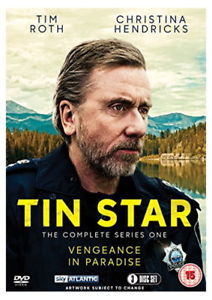 What about movies, well Venom was enjoyable, The Predator OK while the latest Mission Impossible like the other four went dark after ten minutes, what a load of complicated tripe in order to pull off some car chases. 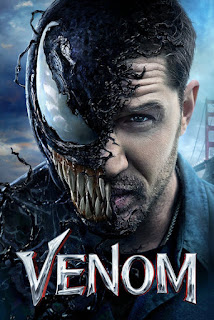 I am actually at the stage where I am seriously considering not paying the licence fee as I do not watch BBC apart from ten minutes screaming at the biased news each night, and I could do without that if only for my blood pressure.
Posted by George Anderson at 11:19