To mask or not, that is the question? So far numbers in here, which are never overwhelming, the masks are narrowly ahead 60-40 I would say, and no, I will not be putting myself in harms way to police it. Mind you the atmosphere here I suspect is different to the lower half of the country.

Anyway, still no games, I am really missing the afternoons off, I was tempted to have a solo game this Thursday but I got an invite by a customer to pop down and see his model railway layout, so I did that instead. Railway modellers and wargamers while in many respects the same are at the same time very different. We are both slaves to detail, we enjoy building and painting our models and terrain putting the time in to research and the enjoyment of pointing out those little foibles which make it all worth while; my 58th Pennsylvania for instance carries a blue banner with a red circle for Gettysburg because their original colours were in for repair. Mike has a very complex and large layout in his garage, there are 49 engines on it and three can operate at the one time, the models cover everything you could imagine to be found on a British railway system of the late 50's early 60's and even more, pubs, police stations, bus stations, telephone repair men you name it they were there. I was even allowed to 'drive' two trains around. There are more railway modellers in Warton than wargamers, I know at least four personally, so what is the difference, despite my admiration for the layout I could never see me taking this up as a hobby, I can understand it but compared to the cut and thrust of commanding armies and enjoying the highs and lows of battle it would not be for me, but in the end, each to their own. 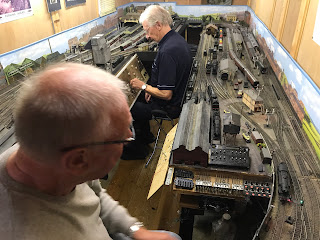 I have all but completed the Para platoon with HQ and supports being added to the three squads this week. All I have on the paint tray now are a couple of snipers an extra MMG and some odd figures which I may as well complete. I also for the first time in a long time managed some painting in the PO, it has been that quiet, most of the stuff I get now I scan and simply put in the bag, all the work being done by the sender, perhaps I could just hang some bags outside. I think another week will see me finish the Airborne project, I have been reading "Bloody Streets" about the fall of Berlin and have come across the 1st Marine Division which fought in the city, so perhaps I should get a Kriegsmarine squad to add to my Fall of the Reich troops, then all I will need is Berlin itself. 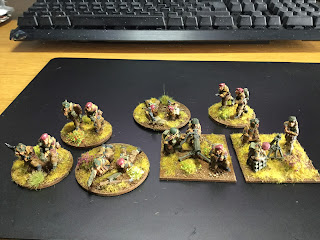 Another reason why the solo wargaming has dried up is that the map projects are beginning to come in again, I had no sooner completed some new Atlas maps and a set for "Eighth Army vs Rommel" than seven renders are required for "Target Saigon 2", three are in colour so I shall enjoy those. 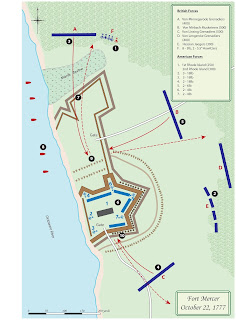 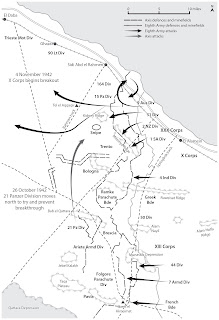 The spare/guest bedroom has now been finished, the plague put it off for nearly four months and during the resettling I found more of my artwork, pen and ink drawings. Son Stewart also talked me into giving him a loan of two of my pictures which I now have no room for and are in storage until I make the PO into a large wargame room, I have several more which sadly will have to wait. A long time ago I saw hanging in a print shop in Glasgow several 'wash' paintings which on closer inspection turned out to be British infantry squares, they were very well done. I attempted something similar for the ACW and Stewart has them on his study wall, I was quite chuffed. 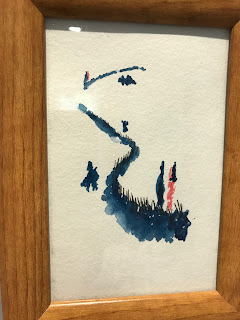 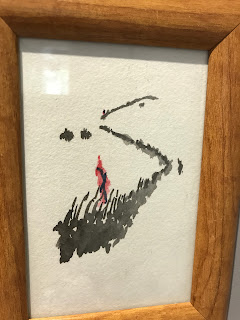 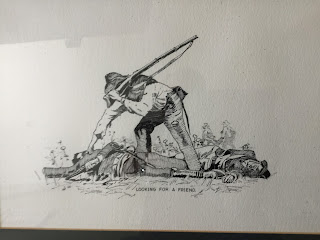 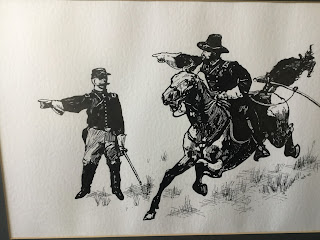 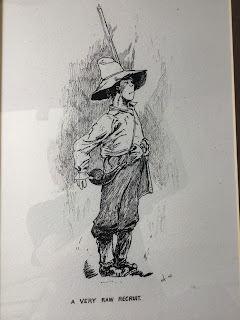 Why fraught Friday, my granddaughters are here from today.
Posted by George Anderson at 16:06