A weight off my mind

Fairly quiet week where the lockdown really got on my nerves, I had to put a rictus smile on my face as people came in wanting to be served and further annoyed me while I sat falling asleep in the corner in my 'Frasier's Dad's Chair'. 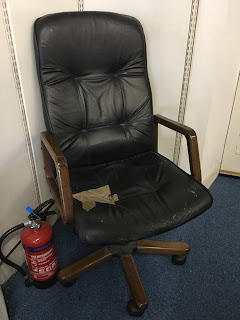 I did manage a few things, the Paras are ongoing with the 1st Squad complete, the second ready for varnishing and the third next in the queue. Not difficult to paint and lovely figures to boot so I may have them dropping into Nazi held Europe fairly soon, even if it is solo. 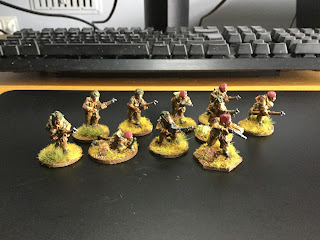 In between the above I kept going back to my station, I decided to make some place names, so that I can get the most use out of it I made three, French, German and Russian, I was also tempted to do a Polish one as my Red horde close in on the Reich, but that can wait for now. I also managed at last to get the foam ballast I have been looking for, this is lovely stuff as the rails fit into it and you get 5m of the stuff for a reasonable price. I had wanted a textured ballast but that remains unavailable and having no patience I took the basic one, considering how often we have rails in our games I could have waited but no. 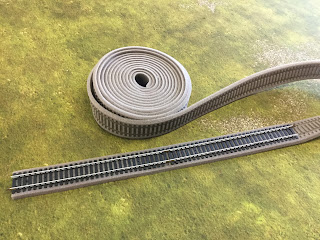 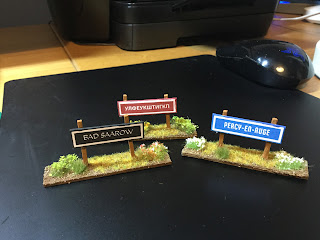 On the same subject mate Stuart designed and printed off a pile of luggage for my station, I had asked for a couple of suitcases but he has outdone himself and has produced some excellent pieces. They are waiting for me at the local PO depot as there was not enough postage on the package, and here was me thinking I was in 'the trade' so to speak and these things were irrelevant to me, wink, wink. 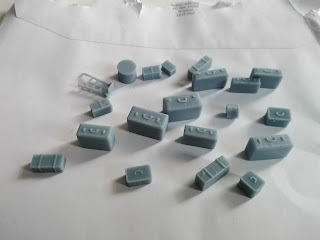 Up until recently I have had no mapping projects, I got a small one in a couple of weeks ago, but this morning I have gone to the opposite end of the scale with the publishing house open for business. The Atlas now has a completion date of February 2021 so this means at least seven maps a month until then, however these have to be done in between other work and I have to rely on the author sending maps far quicker than he has done so far. Hard on the heels of the Atlas news I received eleven maps to be drawn for "Eighth Army versus Rommel" by James Colvin, there will be no falling asleep in the chair now.

As you can see the end of the week has brightened up for me, I also managed a haircut, I had to jump through several easy hoops to get the cut and hold a mask on throughout but I managed, so with a weight off my mind (come on) I skipped back to Casa Anderson. Oh and one grateful customer mentioned my new look today, oh pleeease.

Posted by George Anderson at 14:03