I once put a post up on a forum calling attention to a firm which refused to believe I had not received my paid for goods, I proved that they had broken the 'distance selling regulations' and on top of that were simply being bloody minded over the whole affair. It turned out that they had sent the package tracked and signed for but not once checked where the package was or who had signed for it. The upshot of my post was that X was a decent chap and so and so had met him and been overwhelmed by his friendly aura therefore I was a prat and troublemaker, as was anyone who agreed with me.

I put a similar post up on a different forum disagreeing about the amount of terrain a certain set of rules allowed in a Dark Age setting, I also mentioned in passing that most Dark Age and Medieval battles usually had less rather than more terrain on them, a ridge, hill or the occasional stream or marsh. I was again put straight on how wrong and cantankerous I was being.

I looked at a list of Women Warriors and Commanders linked to a post about a female knight in armour, not Joan of Arc I might add, just the usual woman in plate armour featured in most high medieval armies and battles. I looked at the list and apart from a few, most examples were gilding the lily somewhat and stretching the imagination. Only one reply bugged me, the others were articulate and intelligent, one merely said the figure wasn't for me then, no it wasn't and I had thought I had made that abundantly clear, but someone obviously thought I needed a put down.

I stopped myself in time from leaping to the keyboard and taking umbrage, well apart from this piece that is. The trouble of course with the internet is that it is black and white, no one realises you also might have some grey in there as well, that maybe you didn't want your post to run to about the same size as "War and Peace" to cover all the angles. 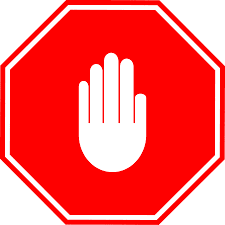 My blog accepts no liability for the content of this post, or for the consequences of any actions taken on the basis of the information provided, unless that information is subsequently confirmed in writing. If you are not the intended recipient you are notified that disagreeing with me, disclosing, copying, distributing or taking any action in reliance on the contents of this information is strictly prohibited. So there!
Posted by George Anderson at 11:52