Club night and our Dogger Bank refight had to be reorganised as we ended up with four players instead of two. I adjusted the two battlecruiser squadrons and added two of battleships, so in essence the Germans had achieved parity with the Royal Navy in numbers, and had an opportunity to fight on more or less equal terms. The battlecruiser squadrons immediately started trading long range fire and seemed determined to close the range, the battleships also made towards each other but it would take time before they could open fire. At first the Germans targeted the Queen Mary while the British opened on SMS Seydlitz, knocking out one of her main turrets with their first salvo, despite this setback, the ‘lucky’ Seydlitz was dealing out heavy punishment to Queen Mary. King George V managed to fire on Blucher at extreme range. As the scouting forces closed both sides changed targets frequently, but the Queen Mary was suffering heavily. The battleships now came into optimum range and the British managed to put full broadsides into the Friedrich der Grosse while the German fire had little effect. With things looking good for the Royal Navy and with expectations of crippling the Friedrich der Grosse with following salvoes, disaster struck. A lucky hit from the Blucher penetrated one of Invincible’s turrets and caused a catastrophic explosion which sent her to the bottom, this was followed shortly after by Seydlitz doing the same thing to Queen Mary. This left the Lion to run a gauntlet of fire from the three German battlecruisers while Jellicoe (me) in King George V, with numbers heavily against him, plotted a course for Rosyth. Eerily we lost two of the ships which blew up at Jutland. 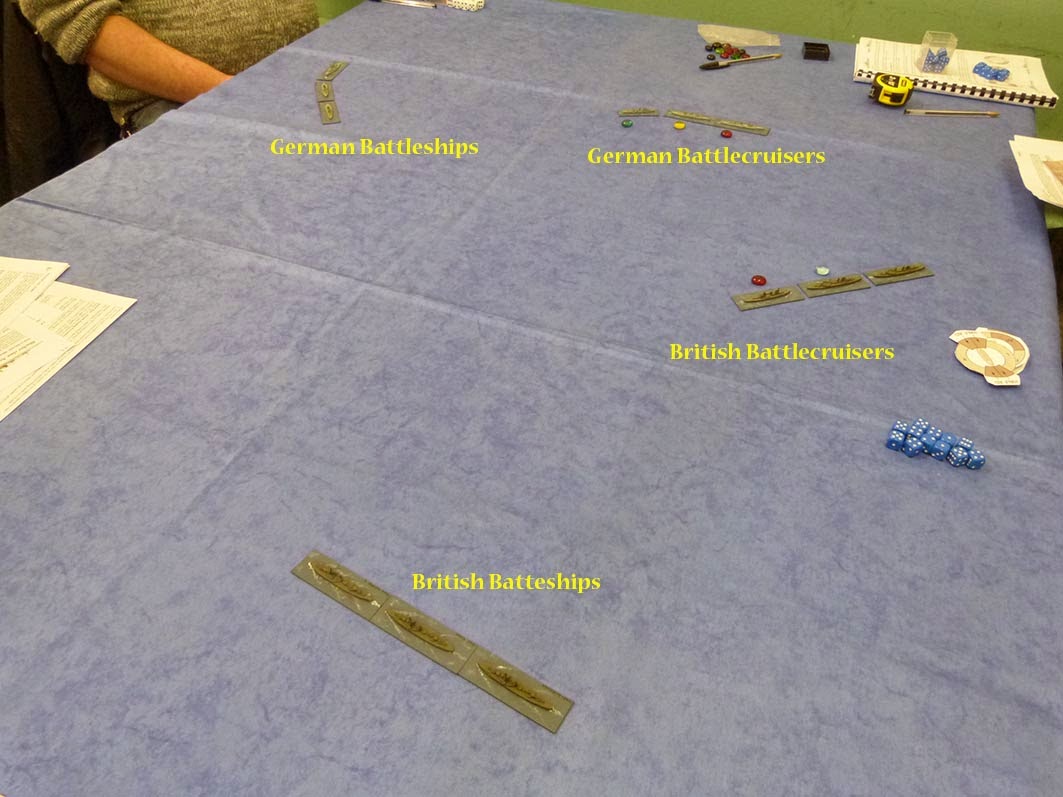 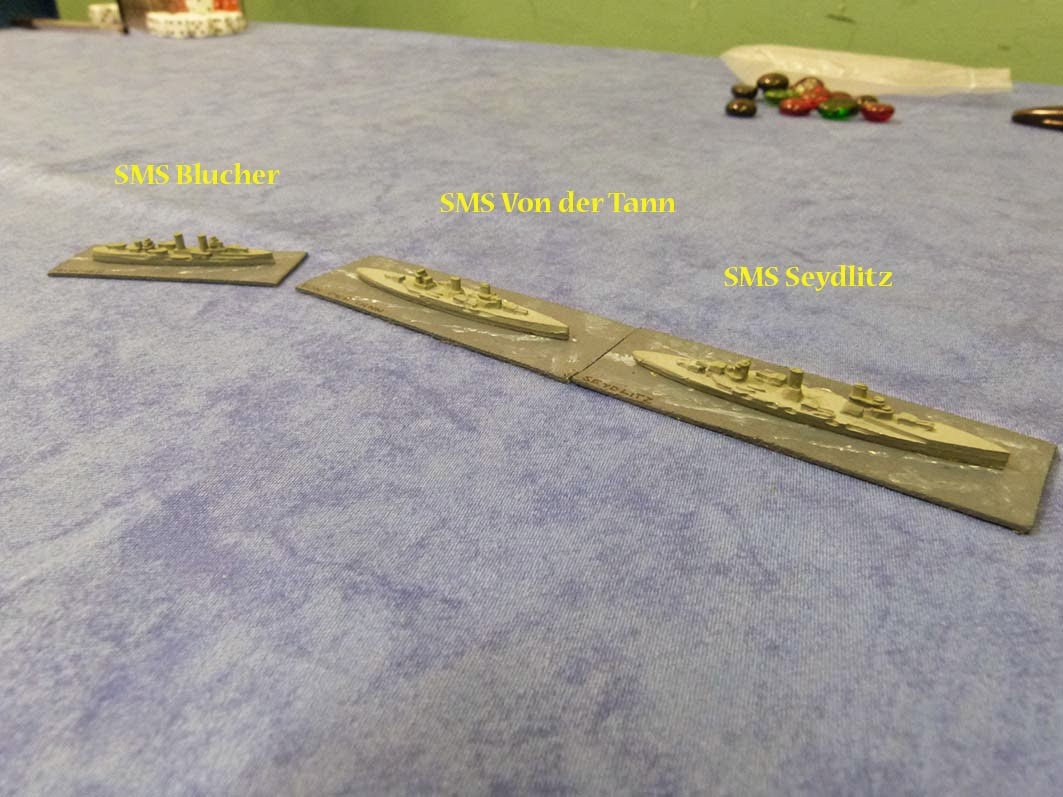 Old and new, outdated Blucher brings up the rear. 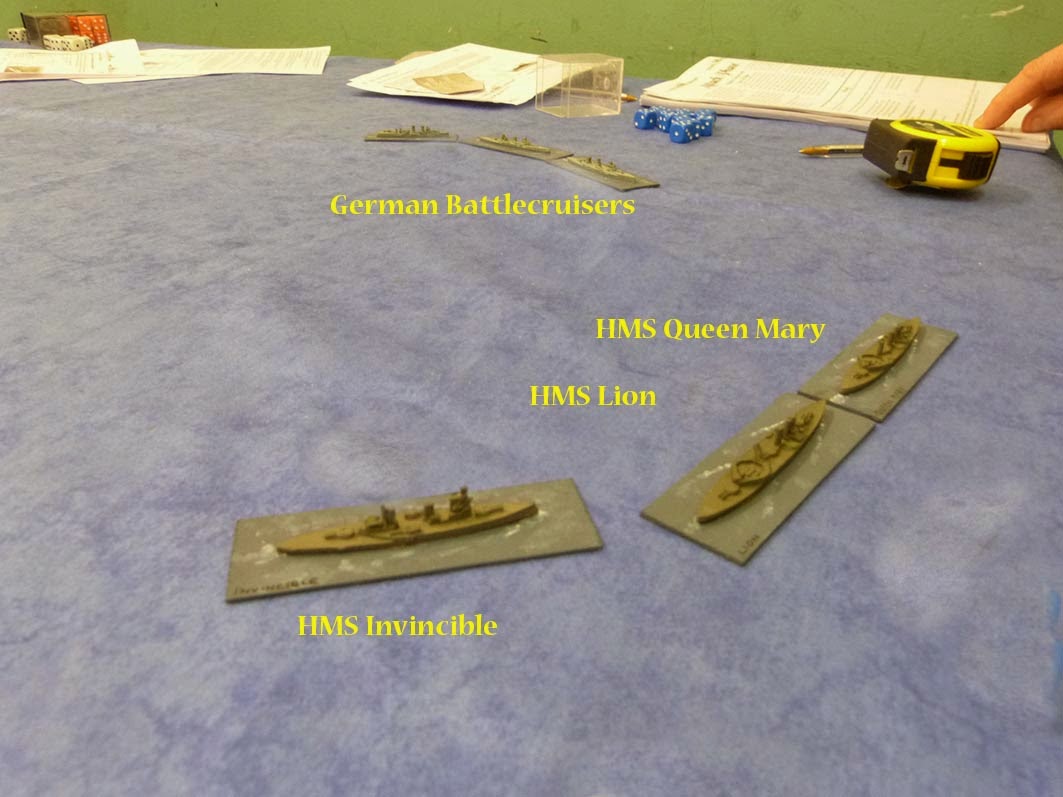 The position just before disaster struck. 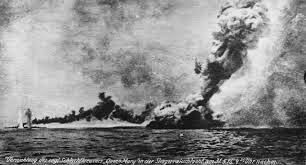 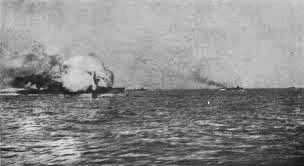 Top: the Queen Mary explodes, 1,266 men are lost, eighteen survive. Bottom: Invincible blows up, 1,026 men die and only six survive, five were in the control top seen just to the right of the explosion on the tripod mast, one, Gunner Gasson was actually in Q turret when the ship exploded.

I joined the Royal Navy at the tender age of 15 on Tuesday, 8th October, 1968 (D110948Y sir!). Over the next couple of years my two brothers and three neighbours joined, my two brothers-in-law are also ex-Navy. I met most of them at various times from the West Indies to Singapore. One of my brothers was involved in the Cod War with Iceland, where we frustratingly were ordered not to sink the blighters, one of my brothers-in-law was on the Sheffield when she was sunk in the Falklands. I received £6.40 salvage money for rescuing a yacht in the North Sea and spent ten weeks off the coast of Mozambique supposedly blockading supplies getting to Rhodesia, I got a nice tan. I also spent some time looking for gunrunners off Northern Ireland, and Russian listening devices on the Clyde. 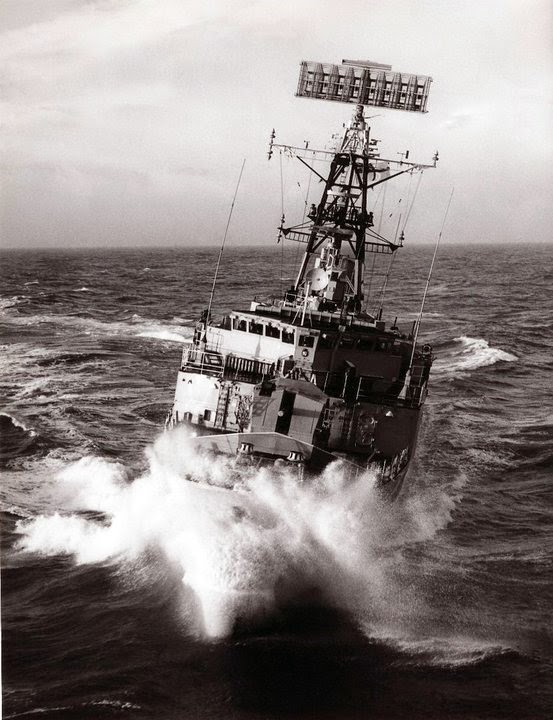 HMS Tartar (above) along with HMS Sheraton were my favourite ships, I was on the bridge during this photo shoot. Anyway, enough swinging the lamp, the rules were easy and we will play them again.
Posted by George Anderson at 07:27