Good night at the club, but before I start let me say I did get my delayed X-Wing ships and cloak tokens, the ships as usual were nice, but I was disappointed at the Litko tokens, very small and dark with the word 'cloaked' on the surface, I suspect they could easily get overlooked on a space mat. I added some yellow paint to the etching which improved visibility but the look is too basic for me, so I will probably at some point spend a small fortune on getting better tokens, despite the fact I will only use them once in a blue moon.

Some of the guys were testing out 'To The Strongest' ancient rules and they were all set up in a 2v2 so as I was only turning up on the spur of the moment I fell back on X-Wing with Simon. During the day I took a break from drawing and watched some YouTube videos to get some tips for the game, I made up three list's two of which contained the exciting new ships. So what did I do when I got there, jumped for a build with a Tie Swarm and an Interceptor with Soonter Fel which the online snake oil salesman assured me would frighten the life out of my opponent. Needless to say it didn't, and it looked very weak against four Z95's and a Y-Wing, especially as I had stupidly followed my mentors advice and split my force, which meant Fel faced off four of them on his own. I kept Fel out of the way for a time and my Swarm managed to catch one Z95 on its own and eventually bring it down, not a bad start. We then traded ships almost on a one for one basis, somewhere in the middle of the game I had a Z95 bang to rights with four Tie's at close range, but could not get a hit on it, this I think was the turning point for me, as I ended up in a bad position and began to feel things slipping away. As the game closed I threw the towel in when I was reduced to one Tie with one hull and the Y-Wing I think had five. It was a good game, and I flew the Swarm better than I normally do and managed some nice close shooting, but overall I was not dealing out enough death and destruction. My biggest problem was the Pirate Y-Wing's blaster cannon, this thing was putting a Tie out of action with one shot, and it did it at least three times. No matter, a good game. I think however I will stick to my own devices in future rather than listen to YouTube propaganda. 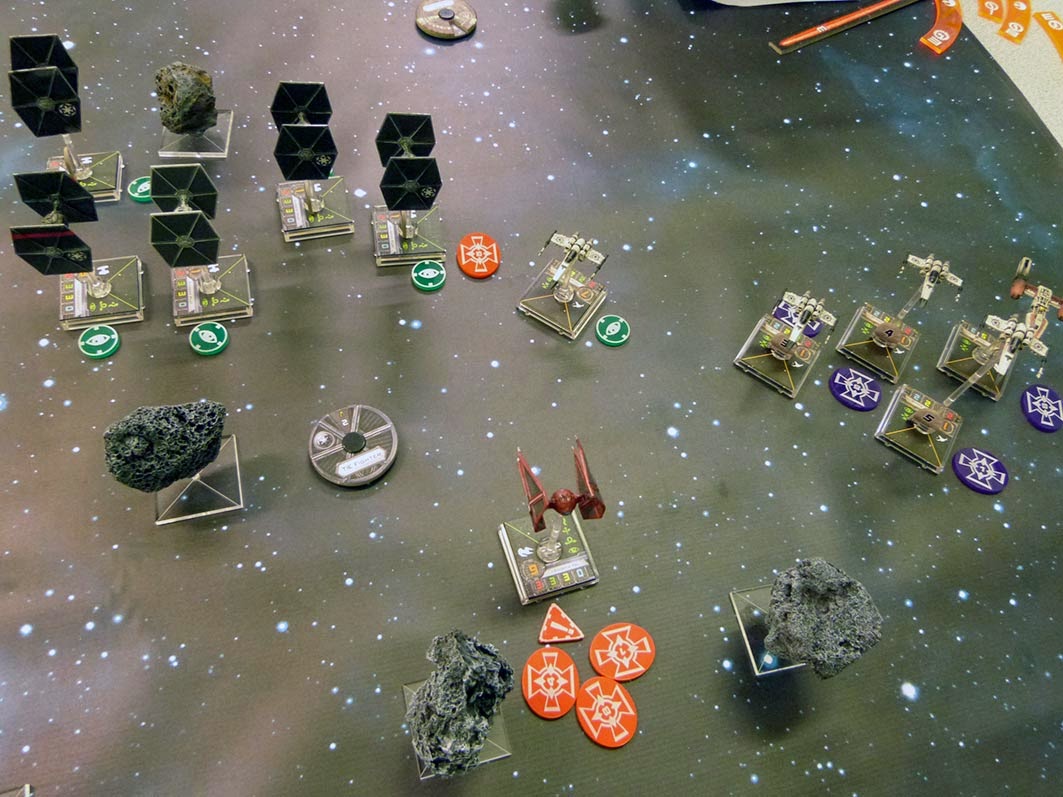 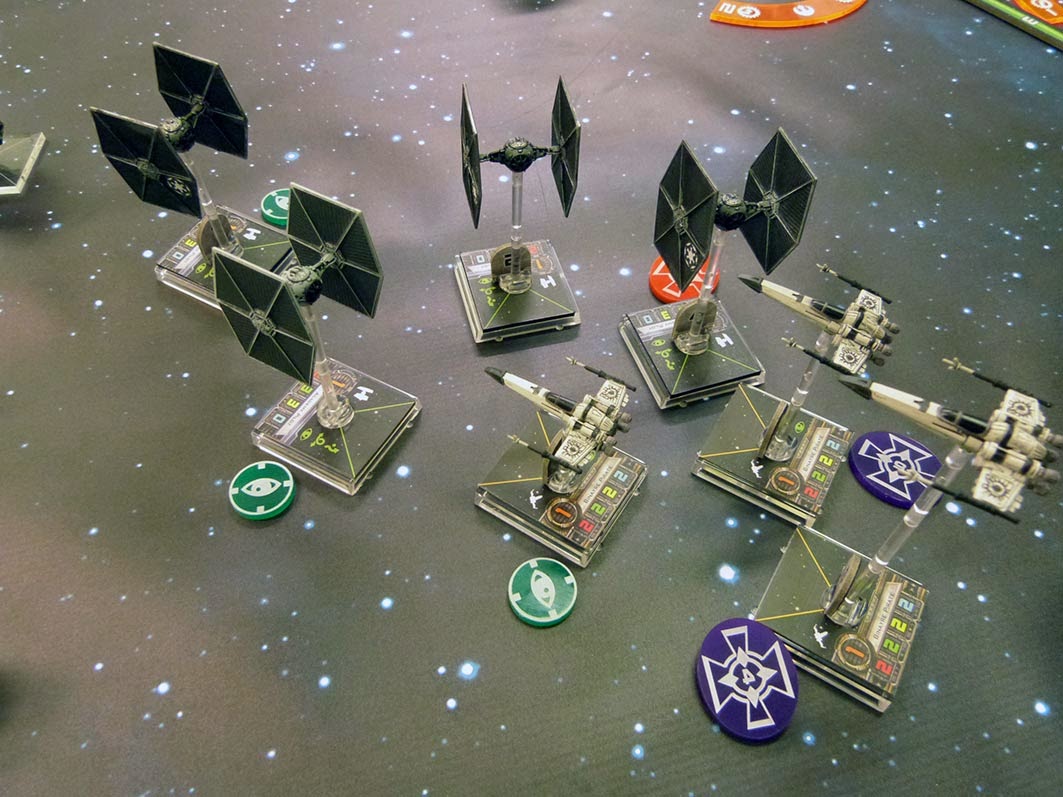 I think of last night we have six players wanting to take part in the campaign, so I shall have to do my homework if I am to clear the sector of Pirates and Rebel Scum.
Posted by George Anderson at 08:33