I had a good run at the troops yesterday, I finished the remaining cohort for the Twelfth and managed with a bit of juggling to fit them all on the 20x20mm bases, it was a struggle though due to the pose I had chosen for them, but they look good. Also the shields look better than the battle damaged ones I had originally went for, that was a mistake as they would have stuck out like a sore thumb. 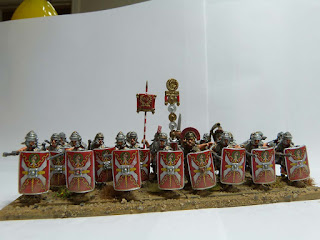 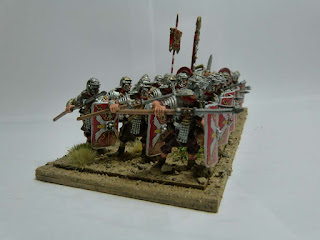 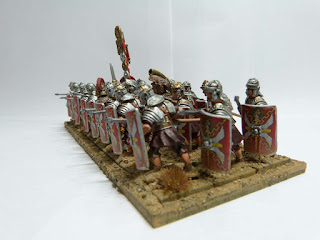 I had a lot of time on my hands so I also rebased the Roman civilians to use as Strategy Intervention Points for the army. I will be glad to get the last unit done and move on to some 'fun' painting, the artillery, SIP's and such will not be time consuming and I expect the decks to be clear by the end of January. I may hit a snag about that time as the new kitchen and some decorating work is pencilled in for around that time, so my usual painting station of the dining room table may be out of bounds. 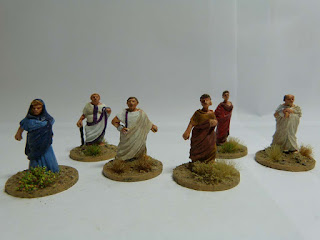 I have finished the 'Noise of Battle' maps from a book dealing with the attack on Winnedonk in January 1945 and only await amendments, I am also nearing the end of a series depicting the movements of individual British tanks on the Somme. In the wings I have two more projects, WWI naval maps and an interesting one looking at the effect of terrain in the Western Desert during WWII. 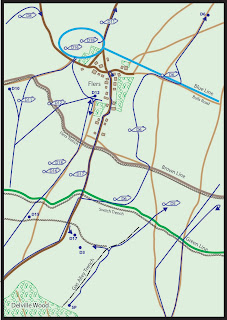 Posted by George Anderson at 17:47