Club night and as requested Simon put on a scenario so that Andrew could use his, sorry, his son's X-wing forces against the big boys. The gist of the story is that the Scum and Villainy faction, the new boys on the block in the X-Wing universe, have managed to disable an Imperial shuttle carrying one of their own by setting an ambush with hyper-drive inhibitors which have cut the shuttle's power and have left it a sitting duck. Simon and Andrew know more than is good for you about Star Wars, I just like the wee ships. The shuttle's immediate escort could take out three of the inhibitors which would enable it to fire up its drives and head for home, meanwhile fighting off the enemy and preventing them boarding the shuttle and rescuing their man, a tall order. A second Imperial force were on their way. 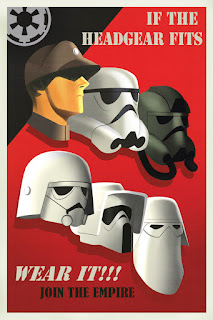 I would have simply gone for numbers as this works for the Imperials but I was under the impression that I was only allowed ships with hyperdrives, so no bog standard Tie's, I therefore took a Firespray with a laser cannon, three Interceptors, two advanced Tie's and a Tie bomber. Simon had two Y-Wings with blaster turrets, a fearsome weapon and two Scyk interceptors, Andrew had the Hound's Tooth a large vessel tooled up with all sorts of weaponry and systems escorted by two Z95's and a HWK.

I took out one inhibitor as it was almost a gift but the others were a distance away and close to asteroids so I decided to launch a full attack on Simon then turn on Andrew. My first wave attacked and got some nice hits on the Y-Wings taking shields off and setting them up for the kill, my second wave dropped from hyperspace and also attacked, fairly soon Simon had lost both of his Scyk's and the Y-Wings, badly damaged, decided to put a lot of distance between them and my forces, I also lost an Interceptor in this fight. I actually had a good shot at a second inhibitor here but forgot about it and turned my guys towards Andrew. The Hound's Tooth had been slowly edging towards the shuttle while its escort made a wide sweep to the right of their leader, soon the shuttle had been boarded and the hostage rescued, but it had taken time. 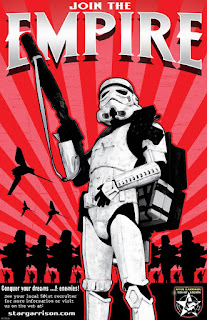 I picked this moment to have a mental block, I wanted to disengage my forces as they were all heading for the same piece of space, but I completely cocked things up, made it worse by forgetting I couldn't K-turn backwards and ended up with the mother of all pile ups. However I still managed to down a Z95 with the laser cannon and take some shields off the Hound.

I desperately tried to turn the Firespray but an asteroid got in the way, but I still had my small ships nibbling away at the Hound's shields. Simon tried to get back into the fray but his fearful blaster turrets just couldn't land a hit, I ignored the Y-Wings and concentrated on getting the Hound. The Hound disengaged and began her run for hyperspace under accurate fire all the way, just as it looked like she would make it one of my Interceptors landed a full salvo on it and blew it apart. My cries of victory were short lived, Bossk, the Hound's pilot had spent money on a second ship and he and the hostage escaped the explosion shoe horned into a Z95 cockpit.

A good game and exciting all the way to the end. I was very pleased with my escort build and although I lost two ships I shot down four, one of which was the large Hound's Tooth, my only regret was the pile up in the middle of the game. Perhaps I should have gone for the inhibitors but that would have meant splitting my forces and possibly getting taken out piecemeal, I could have destroyed all of Simon's force as his Y-Wings were in a bad way but I had to make some effort to stop the hostage being rescued.

My shooting was extremely good as was my saving rolls, Andrew I think was about average but Simon had some real bad luck with his ships. At the time the game was declared a S&V win, however it may have been a draw as I had possibly took down more than half the points value of the enemy, giving me a partial win, so maybe a win/win?

I will leave you with the news that my escort commander for the sector is urging an enquiry into why the shuttle was anywhere near an asteroid field in the first place!

Posted by George Anderson at 11:15