Not as pleasant a view as last week, but then it is seasonal and dry at the moment after a pile of rain yesterday, it is cold and grey but clear, I can see the useless windmills in the distance below the scudding clouds. Nothing stirs yet as I seem to be back to normal and it is early for a Sunday. The lake at the bottom of the village has gone, however the unlucky people down there won't be back in their homes for several months yet.

The kitchen saga continues, most of the units are in but the worktops have to be cut to fit and they take a week, then the plumbing and electricity all have to be connected, even then we cannot break the bottle of champagne. Our painter cannot do his job until March when he virtually does the rest of the house as the lime plaster is still drying but should be ready by then.

You know the missus gave me stick for not taking an interest, well it got a lot worse. On our half day last week I received orders to accompany her to check out the paint we didn't get the week before, fair enough, an hour at the most then back in the house duty done. As we approached the motorway black plumes of smoke could be seen, "some farmer is in trouble" says I, thinking an outbuilding or some farmer stuff in the fields was on fire. We had just joined the motorway and managed two hundred yards before hitting a wall of traffic, up ahead was a camper van in flames, giving not a jot for the occupants I cursed that we could not turn around and would be stuck here for ages as fire engines and police cars sped past. What is a camper van some of you may ask, that is what you buy when you won't shell out for a hotel room. In India the offending article would have been shoved into a monsoon ditch and normal service would have been resumed in minutes, not here. 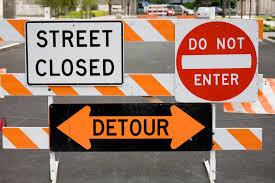 Half an hour or so later we were waved on, the occupants were fine by the way but all that was left of the van was the four wheels. We got to the paint store which had been shut on our previous expedition to find he only had white in the range madam required, he was then given a lecture on how useless that was to someone who wanted Harvest Yellow. Just as we were about to leave he mentioned his store in Kendal would have it, my heart sank, now we would be heading into darkest Cumbria. Storm Tom, Dick or Harry was just beginning to get into its stride as I battled up the motorway, I then fought my way through the middle of Kendal where the traffic was horrendous only to follow the SatNav to a barrier across the road which would have been a struggle for a certain giant ape. The only road in the town which had been closed was the one we needed to get down, I could almost see our destination as could the SatNav lady who would shout at us and wonder how stupid the driver was for the next hour as we traversed the area trying to get to the shop. We eventually gave up and headed for the hospital where the missus had an appointment.

I dropped her at the entrance in the pouring rain and headed to the nearby supermarket to get something for my dinner, I got back in about fifteen minutes to find a drenched Fury whose appointment had been knocked back and therefore useless to her and had scoured the car park for me, oops.


After she had calmed down I used my charm to suggest we stop at a chipshop so she could get a bite to eat before heading out that night, we got there to find it was closed for renovations, running out of time we went to Tesco and got a couple of microwavable ready meals. On eventually getting back to base we found the one she had chosen had a hole in it and the contents were now resting in the bottom of the bag, the bad luck continued as her teabag then ripped as she prepared a calming cup of Rosy Lee. You gotta laugh eh? No, I wouldn't have dared to raise a lip, five hours and our free afternoon all for naught and still no paint, I shudder to think what lies ahead next Thursday. 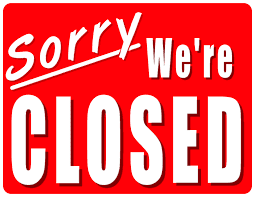 What about this naming of storms we now have, if they keep naming every rain shower or gust of wind then we will run out of the alphabet by the end of February.

I got a woman in the other day, a large imperious looking individual, a no nonsense type whom I took an immediate dislike to, I think I have seen her use our facilities twice in the last sixteen years, despite this I put on my customer face and proceeded with the transaction. I want to post this and get a proof of posting, sure, I completed everything, gave her the slip of paper and watched her walk away, only to halt about four feet from the desk. Uh Oh. She comes back and snaps, you have not put the address on, yes I have, no I cannot see it, well it is there believe me, right there, the postcode and the first line of the address, I cannot see it (again). I blurted out do you have glasses, bingo, I was right on the button but she informed me they were at home!

Anything serious this week? Of course there is but much of it concerns our partners in the EU and you already know where I stand on that, I will only say that if anyone is undecided on how to vote they should have watched the arrogant performance of some unelected EU apparatchik, I cannot remember his name, on the Daily Politics last week, who virtually said if we don't do what the rest want we will be fined? Fined!

There was one more thing which got me this week, I watch The Flash on TV, and there is a character in the series, Iris West, who is really superfluous to the show, annoys everyone and people who have too much spare time, fans, have been moaning about this. None of this has anything to do with the actress's talents merely the scriptwriting and storyline. However MoviesofColor website, yes I wondered too, declares it is because she is black, the rest of the black actors must be a different black because their characters don't get stick. There is not one black person I dislike but there are bucketloads of white dudes I don't like, does that make me a racist?

Posted by George Anderson at 09:45