No view last week as I had family over for the weekend and didn't settle down until well into the afternoon and the View is a Sunday morning thing, usually before the rest of the world stirs, like this morning. Especially this morning as it was the Village Sports day yesterday and the weather gods smiled on us after a rubbish day on the Friday. We have a small parade with floats, a risqué Brazilian band has replaced the traditional pipe band however the dancers were missing yesterday which would have disappointed at least half the audience. We had two floats, at times there have been a good six or seven but as with all of these things apathy strikes and an infusing of new blood and enthusiasm is hard to find, which, considering how many families are in the village is a real shame. 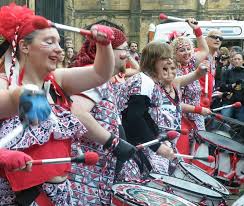 One of the pubs puts a lot of effort in and had a band so music could be heard up until at least gone eleven last night and I am sure there are giant headaches being nursed around the place this morning. We had a dinner party with some friends which was nice and I partook of two glasses of wine, I had thought of having more but you get used to not drinking besides I was chief cook for the night and this morning the bottle washer. It is windy but muggy this morning with an overcast sky, so your guess is as good as mine how the day turns out.

We do live in exciting times, a military coup in Turkey, the next basket case which is due to join the EU in the next few years bringing with it all the advantages it has to offer, eh, erm, maybe not, just a begging bowl. According to the Guardian guess what was a factor in the coup, yes, it was Brexit! And while I am on the subject will someone please tell Nicola Sturgeon it was not a vote to see if Scotland wanted to stay in the EU, nor a mandate for her to seek a second referendum, but a British vote, something Scotland still is.

I notice Gordon Ramsay is on par with Beyonce as the highest earning celebrity in the world so far this year. OK he can boil an egg, but apart from that what has he got going for him, he shocked his way to the top with numerous foul mouth rants which mysteriously disappeared when cooking with his family or neighbourhood kids in Ramsay Street USA. I went off the guy at a food show when he deliberately got a sign language interpreter to copy his disgusting words for those who could not hear them. I am ex-navy and worked twenty years offshore so I know a bit about swearing, but Ramsay's use of it for exploitation does not sit well with me. 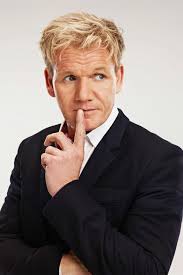 Bea Marshall, no, I hadn't a clue who she was either until recently, she is a self appointed parenting expert, who refuses to say no to her children, to the extent that when Charlie or whoever wanted to drive the car at three year old, sat him in the front and waited until the numpty worked out he couldn't actually drive as he didn't know how and hadn't a licence, yeah right. You won't be surprised either to learn she has shrapnel in her face and has decided she doesn't need shoes any more, try that down Back Lane and see how much better you feel with feet covered in dog muck and mysterious gloop.

Still on a celebrity tack here, Alanis Morisette, a singer I believe, and her husband, another singer, who this time you really will never have heard of, have named their new daughter 'Onyx Solace'. Those are not names, they are words, what would have happened in the middle ages or whenever if people just looked around and gave their kids words instead of names, Napoleon could have been 'Bucket' or Alexander the Great Stone the Great, or we might have had Porridge the Third.

And here is one which had me rolling on the floor, Chuka Umunna MP has called for MP's to be held to account to do what they promise, that alone should get him voted out of wherever he represents and a real, economical with the truth, self interested, 'I didn't break the rules' politician voted in. I am not a fan of Jeremy Corbyn or the Labour Party but the fact that a bunch of MP's tried to move heaven and earth to prevent him taking part in the next leadership vote speaks volumes for their attitude to fairness, loyalty and democracy if something doesn't go their way, I'm getting deja vu here.

I see the BBC lawyers were on the ball over the Nice tragedy, the corporation desperately wanted information and asked people to phone in but 'only if it is safe to do so'.
Posted by George Anderson at 09:44