To all intents and purposes that's the need to keep going with the Patricians over, I can now field a very decent 2500 point force with choices to push it towards 3,000. I have however got some more on the go, Legio Quinta Macedonica which I may use as Limitani if I need some cheap troops, but in all fairness many of the Limitani units were up to scratch and at times conscripted into the field armies as Psuedocomitatensis on a par with what we think of as regulars. I also have a mounted Equites unit in the drawer, I probably will not have to bring these guys to the field very often but they are cheaper, if not as fearsome, as the Huns and besides, I wanted the shield patterns. One more unit is on the wish list but it can wait. 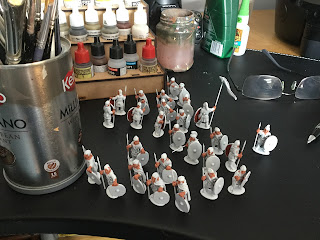 I started on my Warbases villa not so long ago as you know, well I have gotten a bit further, I have now based the buildings on an MDF sheet, suitably painted with wallpaper paste so that it does not warp, will it work, who knows. I thought adding a spare tree would be a nice touch, I have some civilians I painted up for a previous game so I might pop a couple of them on as well in due course along with a Roman plough. At the moment I want to concentrate on the base. 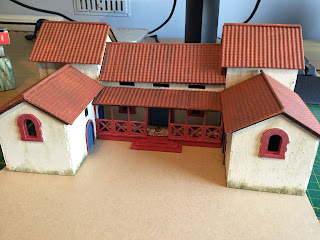 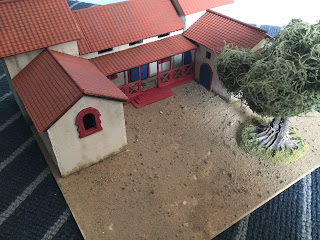 The lads at the club have pulled off a bit of a coup, there are several Sharp Practice 2 players with lovely armies and they had planned to go to a tournament organised by Wargames Illustrated, but said magazine has cancelled at the last moment. Unfazed the lads decided to hold their own in Grange-over-Sands and invited author Richard Clarke to come along, and fair play to the man he is venturing to the wilds of Cumbria at the weekend. I was asked to go along but it is not my cup of java however I am at a loose end so we will see.

A lot of small map projects completed this week and off to authors for their comments, on the horizon is a Napoleonic project and at some point back to the New World with something naval, until then I will be getting on with maps for a biography of Hugh Gough, 1st Viscount Gough. 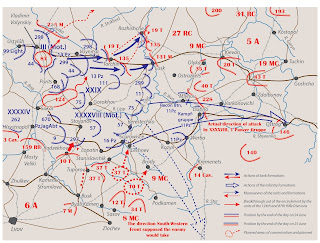 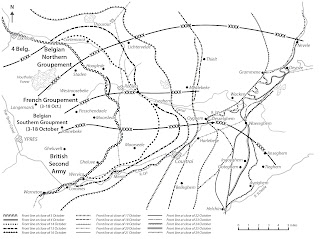 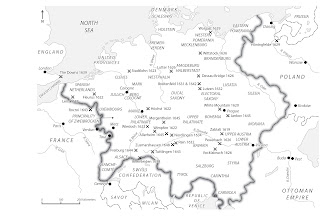 Another beautiful day which will be topped off by a Roman vs Seleucid game at the club tonight, great stuff.
Posted by George Anderson at 10:51