It is cool but dry, no idea what the rest of the day will bring, rain is forecast obviously but we might get lucky. Summer is over the nights are drawing in and the kids go back to school tomorrow, not that it has been much of a summer. We got a chiminea to while away the sultry evenings, the latest must have fad or was, well I didn't, the boss did, not only have we had hardly any sultry evenings an hour or so in front of the fire tube and we smelt like Arbroath Smokies. It has now been moved to a position more conducive to not giving us smoke asphyxiation as per instructions on Google, will it work, I don't know as next 'summer' is a long way away. 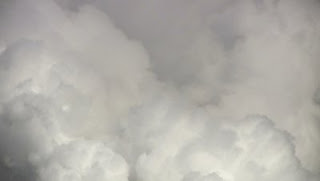 An interesting week in the PO, I had one old dear come in desperate to pay her council tax, she had missed a week or so thinking she had paid it as she always does, the council promised to put a debt collector on to her and destroy her credit rating if she continued to transgress. Wouldn't a simple reminder have done, and if you dare to phone up about one of these letters they just tell you not to worry, it's normal practice, well it shouldn't be.

A regular old gentleman came in for his pension, the machine declined, I warned him about being locked out but he insisted on trying twice more with the wrong number, I even went around and put the number in just in case he was hitting the wrong buttons. No, locked. I told him we could phone HQ and get him a new card but he would have to talk to them, not an easy task, anyway I phoned up. I tried to explain as diplomatically as I could to 'Abby' (a bloke mind?) that he might struggle getting anything out of the customer and handed the phone over on loud speaker so I could help. Sure enough I had to prompt the customer, who was then told in no uncertain terms that he was not to listen to me or talk to me. Abby eventually offered two suggestions, he could unblock the number and the man would get his money now, or he could wait a week and get a new number in the post, as the second option was the last one heard that was the one chosen. Now, Abby does not know my customer, I have been serving him for seventeen years, the PO trusts me to keep thousands of pounds in my safe, run one of their offices and keeps telling me to put the customer first, but I am not trusted enough to help out an old man get his pension from an unthinking, unfeeling automaton. Ten minutes later (I had a rush) my next customer, another old man comes up to the counter, pats his body and says "I think I have lost my card" NOoooooo! 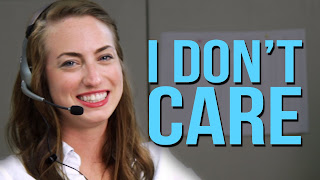 The missus thought it would be a good idea to do some shopping before we go on our holiday, unknown to me I needed some shorts, she pointed out red paint on my thousand milers so fair enough. She had a notion to go to the ancient border city of Carlisle, a leisurely stroll through town, a coffee, watch the world go by then a bite to eat before home, we haven't been to Carlisle for around sixteen years. The city is, like the mansion we visited for our family do, tired, if not downright grubby, many of the shops were empty and the others badly in need of a washdown. I hit lucky and got my shorts, a pair of trousers and casual shoes almost immediately, we should have left then. We looked around in vain for somewhere to eat as we had given lunch a miss, we ended up in Nandos, my first and last visit, I suspect Nandos elsewhere is a pleasant quick meal, but not here. We headed back to the car about 1630, past an increasing number of female groups obviously heading for a night on the town and the odd larger group of raucous men, it was still afternoon. We should have stayed on the road for another hour and went to Glasgow. The only bright spot for me was I found a sweetie shop and got some liquorice and a couple of 'Lucky Tatties' which I last tasted when I was about ten, and no, they weren't the same.

I got an email from my co-author and friend in Canada, always a pleasure as they are more like real letters than a sentence or two. Anyway he mentioned that statue removal is alive and well in the Old Dominion, their first PM Sir John Macdonald was in charge when a school system for Indian, no, Aboriginal, no, First Nations, no, Indigenous children was implemented. The same mindless mob wanted to do the same to a statue of Canada's third VC winner because he got it at Lucknow during the Indian Mutiny, there I go again, Indian Rebellion suppressing natives. This however was silenced and trumped by the fact the brave man was black, ooops, back pedal. Only whitey gets caned. And as for removing Confederate flags, here is one, white cross on blue, look familiar? 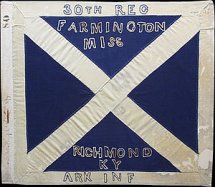 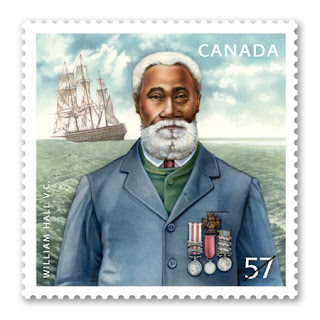 As usual I caught Pointless as I relaxed after my traumatic experiences in the PO, a young girl said that she was a journalist, Alexander Armstrong asked which kind, local, world news, what?  Quickly dismissing real journalism she replied Celebrity Gossip with no hint of embarrassment, and where do you get your scoops he went on, oh, social meedja, Facebook, you know. Why should Britain tremble, she was also if I remember correctly doing this as a course at Uni.

If you haven't yet removed your savings and turned them into Kruger Rands and hidden them under the floorboards you better hurry. The odd warning about another crash is seeping out, one worse than the last, why the commentators ask as they shake their heads. Because the greedy sods still give out money to every Tom, Dick and Harriet who want a new car, xbox, latest phone etc. because you can dial money on a night out and get it within minutes for another Tequila Sunrise. They will give you insurance despite you having a terminal disease, no checks here son, want a pen? The non existent money now spent on stuff is just waiting around the corner to bring as all to our knees once again, you have been warned. 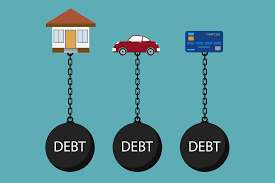 If you thought apologies for the sack of Constantinople, the Irish Potato Famine, Slavery and that guy in York who lost fourteen groats down the drain in 857AD were not enough, there is more. The Pagans, specifically the Odinist Fellowship want redress for the way Christianity treated their forebears(?) way back in the mists of time, they have worked out they are owed two churches, which on the face of it seems reasonable, it would at least save them being turned into discos or shelters. The Achbishop of Canterbury wants to give this some thought as the High Gods of Asgarth are not to be trifled with.

Posted by George Anderson at 09:29