Another New Game and Stuff

Club night and I was joining yet another new game bought by our club magpie Stuart, who actually brought two, but we only played one, Battlestar Galactica. This game is produced by the same people who now own Wings of Glory (aka Wings of War) and it involves small model spaceships in dogfights where no one can hear you scream. Can I just say here that some of the players know more about these spaceships than is healthy, you know who you are, I couldn't tell a Viper MkI from a Mars Bar, I could but you get the idea. 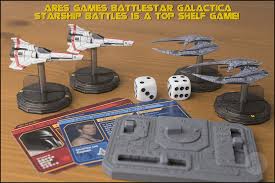 Anyway on to the game, it is far more complex than Wings and in our 'training' game I got the impression I needed a degree to fly the thing, you have a small control box and you have to take in speed, kinetic energy, heading, height and other stuff, the cards are also way different from the one dimensional WWI cards and give all sorts of manoeuvers, speed and difficulty on the one card. It became apparent that the space equivalent of the hand brake turn is the way to go. You play two cards at a time and can even play a blank to fool your opponents, you can only shoot once and you choose during the first card or the second. If damaged you pick up a chit, once you hit the structure rating of your ship you die, you can also suffer special damage to parts of the ship. Unlike Wings where you can handle three or four biplanes I think you would be hard put to pilot two of these spaceships in a game. 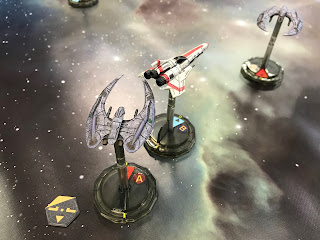 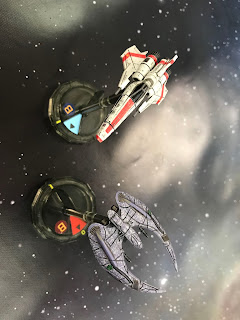 There is talk of expansions, new ships, special pilots and all sorts of other things, I don't know who exactly this game is aimed at apart from people who can tell a Viper MkI from a Viper MkIIa, it is too complex for a simple pick up game and needs commitment.

I have another Chain of Command game tomorrow and have quite a few things coming my way to compliment my WWII forces, I have barbed wire for minefields and entrenchments, clump foliage for explosions and more Really Useful Boxes. A little white van just brought me some sticky stuff to line the boxes and a spiffing, expensive looking dice tray, I used one of these last week while battling Stuart and was impressed. I am looking at getting some cobbled roads despite not needing them, I may jump this afternoon. 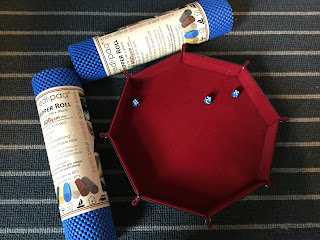 I am at a bit of a loose end just now and am catching up on all those things I have put on the back burner, the farm for the SYW is complete, I have rebased some Dark Age scatter and added some stowage to the odd British vehicle, I looked over the Germans and they are fine at the moment. I also dug out some British I had in my lead anthill, so I managed to get another 2" mortar, a PIAT team and some engineers, these will be flocked tonight. 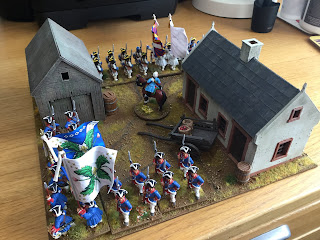 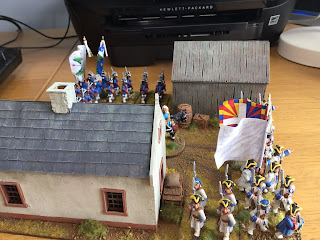 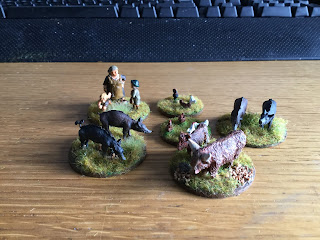 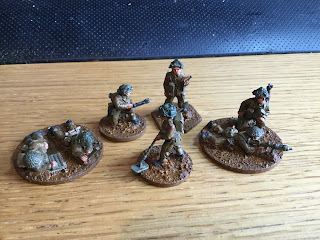 I am also going to have to get more troops shortly, probably SYW infantry battalions, I must admit I am myself beginning to wonder where all this stuff is going to live until I close the PO.

Posted by George Anderson at 11:48