Club night again and Wings of War. A long time ago I mucked about with the bases and added magnets and glued everything together, this was a mistake as I now need a large, deep box to hold the stands and it is a hassle finding what I want in the box, I have around 50 models. The last time I had them out I dropped the box so had to spend an evening sorting and gluing everything before packing up last night. I digress, for a change I decided to let the Armee de l'Air take to the skies against the Luftstreitkräfte, I also wanted the Germans to use their legendary triplanes and Albatross scouts.

There were three of us and Simon and I were the Germans, we had one triplane and two Albatross each, a mixture of DIII's and DVa's our job was to prevent the French bombing a target behind our lines. Rob, the Frenchie, had a Spad and two Breguet 14's, if a plane was shot down it was resurrected in the next turn and started on the table edge, the French would not know how successful their bombing mission was until they returned to base.

I thought Rob had a difficult mission but as it turned out he had more than enough firepower to tackle six enemy aircraft. As the French approached on course for the target the Hun's fell on them, guns chattered and a wild dogfight ensued, the result of which was that the two bombers fell from the sky taking one of my Scouts with them, I am unsure when Simon lost a plane as I was trying to control my own planes.

The second wave of bombers came on and somehow another Spad arrived, perhaps I felt sorry for Rob, another mistake, the Spads turned out to be a thorn in our sides as we concentrated on the bombers. This time however they got through and unloaded over the target, soon after one of them spiraled earthwards as did  two of my scouts. This may have been fortunate for the new fighters came on in an excellent position to intercept the returning bomber. Simon's planes had been concentrating on the rear bomber and when it went down found himself well behind the one heading for home with no real chance to catch it. It was down to me, I flew my damaged Fokker triplane out of the way and sent my two Albatross' after him, I flew very badly and my pilots had to spend their time trying not to collide rather than shooting at the bomber. I eventually managed to get one shot off as the Frenchie flew to safety, an exciting chase.


Rob had made it by the skin of his teeth and my rashness sending two aircraft into the same airspace, it turned out one point of damage would have seen his badly damaged crate fall to earth, it was now time to see if his mission had been successful, Sacred Blue, yes! A great night and a nail biting finish, perhaps I should book another Tiger Moth flight.

I have started work on my two new Charlie Foxtrot buildings, this time I have skimmed the first with plaster, I have painted the walls now and will work on the windows, doors and roof hopefully tonight. I am unsure whether I shall plaster the second building. 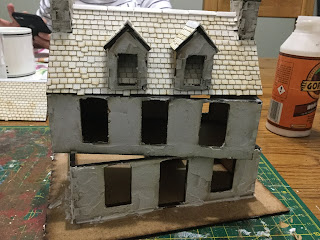 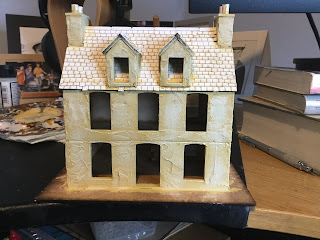 I also received my two grenadier battalions from Front Rank yesterday, so these are up after the buildings. I also ordered up three more books, my ready use locker of books will then number seven, so I better get a move on. The news books are Rod Liddle's "The Great Betrayal" and two from Mark Bowden "Hue 1968" and "The Last Stone", Mark wrote the excellent "Black Hawk Down". 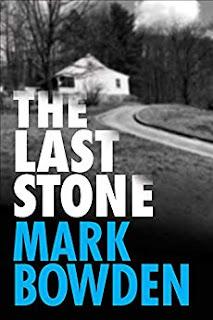 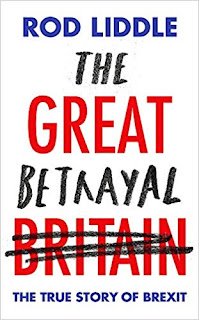 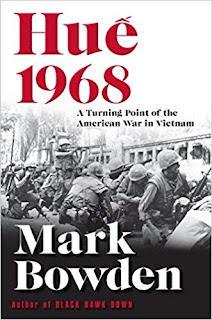 I almost forgot, do you sit and ruin movies for your better half by insisting that that armour is too late, too early, the uniform is wrong, the tank is a fake, they just didn't fight like that etc. Then have a shufty at this interesting little piece, it doesn't let the movies/TV off completely to my way of thinking but the guy does have a point.

Posted by George Anderson at 11:13