Back in the Saddle

I saw the nurse last night and the sling has gone, as has the bandage, so things are back to normal for me from now on. I am back in the Post Office as a Tuesday is my day on the wheel, so my first customer will be through the door at 0905 hrs as regular as clockwork or as regular as sixteen years makes the visit, after that it is pot luck, which is fine as I have five new maps to draw.

My thoughts about the NHS were also back to normal after last nights visit, the nurse wasn't sure what my operation had entailed or why it had been done, "I just quickly scanned your notes" didn't leave me impressed. And she remarked that I could at least walk, yes, I have no idea where that had come from either considering I had a sling on my left arm. So what I got was a simple plaster to cover the cut and told to come back next week to get the stitches out, sorted.

I am going to leave the driving for another day or two, my arm still has a way to go to mend properly, so the guys have very kindly offered me a lift to the club tonight as they roar past, it is X-Wing again, or more properly the new X-Wing Armada as a couple of the blokes have it and want to try it out. Never fear though, I have one or maybe two War & Conquest games lined up for Saturday as my son wants to play some before the tournament in November, the new game mat will be in evidence as will the new roads. 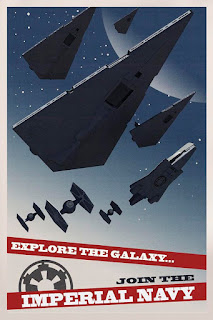 I have finished the maps for the book on General Pulteney and they await the authors approval before being sent to the publisher, they are simple but concise maps in black and white, the one below shows the Battle of the Somme. 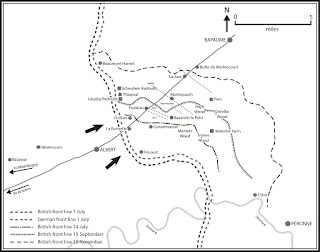 Posted by George Anderson at 08:23