I didn't plan much for last night at the club as my holiday looms and I had other things preying on my mind (see below), so I took up Simon's offer for some fun with Deadzone, a sci-fi skirmish, a few people were MIA this week so only three games were on offer other than Deadzone; X-Wing, Frostgrave and Age of Sigmar, not a historical game in sight.

Deadzone is much like a host of other games of its type, lovely figures, small table, plays quickly and doesn't last long, despite this the book looked fairly complex to me as opposed to say Dead Man's Hand which has about 10 pages of rules. The game itself proved to be fairly simple although like any game you play for the first time you will not be able to appreciate any subtleties. In the first skirmish I was given The Plague, horrible looking people up to no good, I think the enemy were humans or one faction of them. I simply tried my best and rushed in, obviously I was quickly shot down and Simon won the game comfortably. In the second we changed sides, I had learned a little and, like Simon before me led the humans to a resounding victory. At one point I fired frag grenades into a large melee involving some of my own men as I was getting nowhere in hand to hand.


I have played Deadzone once before but a much larger game, it is not to be taken seriously and is good fun and fine for a club night. I was a tad distracted last night but I rallied and enjoyed the game, the second far more than the first.

I sent off another order to Rubicon on Tuesday night, a truck each for the British and Germans, I have been watching quite a few Bolt Action games on YouTube and can now understand why people bring transports. Bolt Action allows every truck to have a machine gun, despite this running against commonsense, yes I know some trucks had them but you won't see many in period photographs, to me it is simply annoying and gamesmanship, so, like not putting .50 Cal's on my British halftracks I don't do it. Anyway, I digress, the truck models are due for delivery today, superb turnaround from Rubicon. 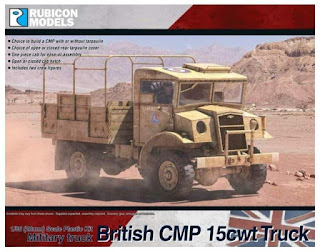 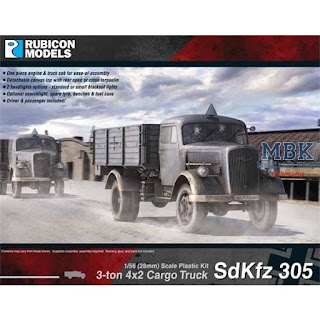 Julian 'Del Boy' Ankers at the club when I told him I had ordered the trucks told me he had got several for the price of one on eBay (grrr), I looked this morning and could not see any bargains at all, in fact one guy wanted (with postage) £13 more than Rubicon was charging. There is obviously a knack to this. I have been very successful with my eBay selling over the past few weeks and got rid of the last of my stuff this morning, kerching! So possibly more Bolt Action stuff on the horizon when I get home.

I had a cystoscopy a few hours ago something I have been fearful about for over a week now, it is a check up on your bladder by a camera which goes in through your penis, I feel your eyes watering already. This is a by product of not getting enough antibiotics way back in December, I knew my bladder was not the problem but hey, I didn't do seven years at university. I made it to the waiting room at Lancaster and waited my turn with a woman shouting at her dad and sharing sandwiches and coffee while the woman next to me was praying, seriously, praying in a low voice. The woman next to her was flicking through Youtube videos and the rest of us got to listen at high volume to about five seconds of each one. Thankfully I was then called away, I couldn't really understand the doctor and had to ask several times what he had said, I winged it once and guessed right according to what he then said.

I was then led to a small room, told to drop my underpants and trousers to my ankles and lie on a bed, the Doc said he would be putting an anesthetic in my penis and it might be cold and a tad uncomfortable, he was definitely right about the second part as I let out a low "Wooooooooo". Before I knew it the camera was in and I could see what was happening on a monitor to my left, big deal, just red or yellowish flesh with veins all over, I gritted my teeth and shut my eyes despite there really being no pain, only a slight strange feeling and a need to pee, I merely wished for it to be over. It must have took less than ten minutes and that was it, nothing to report. It is more painful now going to the toilet than it was during the procedure, it can take a day or so for this feeling to go. I am now really, really looking forward to getting away on Friday morning. The procedure is not as bad as you think but you can still live without it.
Posted by George Anderson at 17:02