My Vapnartak post got more comments than anything else I have done, at the end of the day any show is what you make of it, I always enjoyed the wargames but I am harking back to my days at the McClellan Galleries in Glasgow or Claymore in the building across from the Museum of Scotland, back when CND picketed we armchair generals. I can get everything I want online so the wargaming side is more important to me, but I think I am barking up the wrong tree there. The issue of being ignored is another matter entirely but I will let that rest, maybe it is me, my classic good looks tend to scare people.

Anyway, I have finished the Rubicon Tiger 1 I treated myself to. The kit was pretty easy to build and had options for early, mid and late war, I am not a rivet counter here and would be quite happy to pay a couple of quid less than get road wheels and such I have to throw in the bin. The only thing I was not entirely happy with was the tracks, to my eyes they were just not very detailed, and the bottom layer which the wheels sit on was so smooth I thought I had put them on wrong. That aside it is a nice looking tank, of course it is, it's a Tiger. I undercoated the whole thing with Dark Sand made slightly lighter with the addition of some white, this does as Dunkelgelb the colour which the tanks came from the factory. For the camo I used a piece of sponge dipped in either Cavlary Brown or Green Grey, I saw something similar to this in a colour print and as I do not have an airbrush that was the best way for me to do it, the tracks were painted with Track Primer. To tone this down a bit I then gave the whole tank a watered down wash of Army Painter Soft Tone and then a drybrush with Dark Sand, the tracks were drybrushed with Flat Earth. And there you have it, no complaints next time I play Bolt Action that that Tiger is a PzIV, no it really will be a Tiger. All paints are Vallejo unless specified. I nearly forgot, the tank comes with an AA machine gun for the commanders cupola, after looking at a load of Tiger photographs I decided to leave this off. 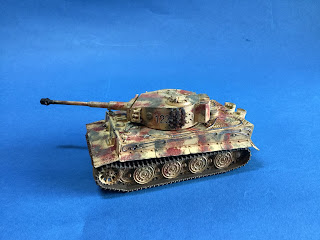 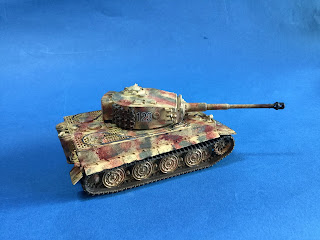 I have now also managed to finish the 51st Foot, I didn't do much painting at all between Christmas and the end of January and these guys sat about for most of that time. I got these figures from Front Rank's AWI range, they are billed as British Regulars and as they were in a nice firing position I ordered them. They have their coats buttoned up so no lace there, the cuffs are also fairly thin so I did not do a double line of lace on them, my eyes are simply not that good, but who will be rude enough to point that out to an old guy. They do have a distinctly campaign look about them, they have a waterbottle and some kind of wooly/fur bag on their backs, no matter, they are of the period and look fine to me. Next up are the Royal Ecossais or as my son picked me up on the title the Garde Ecossais, I am looking forward to painting these but as I have a holiday coming up it could be some time in April before they are finished, I had planned to have more battalions than this done for Easter but hey, what's the rush. 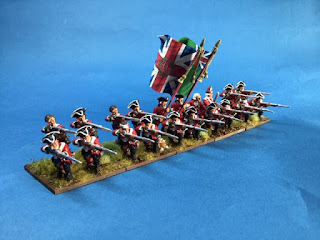 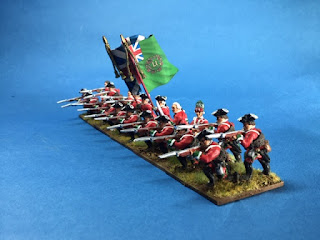 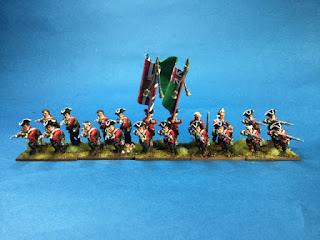 I bought three foreign movies last week, The Admiral and The Fighter Pilot, both Japanese, the former about the attack on Pearl Harbour and the latter about a Kamikaze pilot, the third is Viking which is Russian, I came across the two Japanese films while looking for a particular clip on YouTube, the Russian movie I have wanted for a while, but it had slipped my mind recently. Now I just need to get rid of the wife for a few nights. 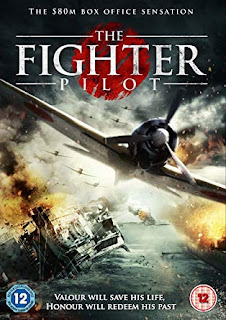 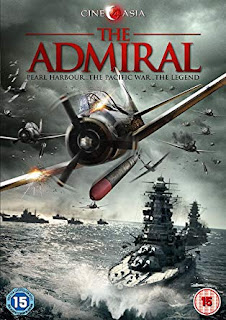 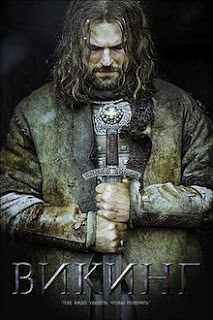 I have decided to rid myself of the tyranny of the BBC and cancel my licence, no longer will my hard earned cash benefit Gary Linekar, Graham Norton, Dan Snow, woke programming or the monstrous regiment of women currently de rigueur in BBC dramas. Yes, of course there is the odd programme which I like (Luther, Line of Duty) but the overall output is just not for me, nor for the million people who cancelled last year.
Posted by George Anderson at 09:00