I first visited the grandly titled Roman Army Museum on Hadrian's Wall when my sons were children, I found out that recently it had had a facelift and of course the PR people had done their job and praise was heaped on the place, it now had a 3D film! Who could resist such technology these days, so off I went, I would normally have sat around doing nothing (for this read wargame stuff) all day but decided to live dangerously, besides the Batmobile needed a good run out after sitting idle during the holidays. Needless to say I did not manage to get the top down as it rained all day. 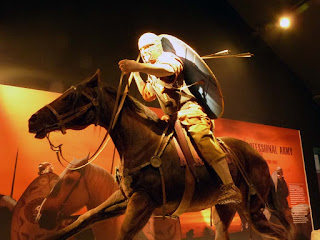 I was not disappointed in my expectations, which is one way of saying I expected disappointment and got it. The revamped museum has only had some interior designers in and moved some of the exhibits and walls around, if you don't watch the 3D movie it would take you around 45 minutes to wander through it. It quickly becomes obvious that the whole place is aimed at children and people who have no clue and only a passing interest, say 24 hours, in what the Roman Army was. Four hundred years of Roman occupation and you get a brief overview of an early Imperial Legion, for the life of me I can't say for sure if they even mentioned the names of the Legions which actually stayed here. 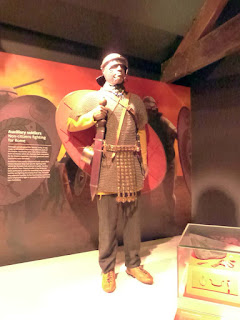 Hadrian's Wall is magnificent and some of the sites along it are worth any amount of your time to see, if you have your kids with you then by all means buy a ticket which let's you into the really interesting sites as well as the Army Museum, you can have your picnic in the grounds if it is not raining. But if you know anything at all about the Roman Army you can safely miss this attraction. 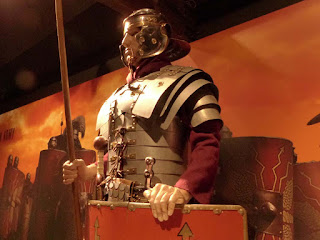 The only thing which did interest me was a crest which had been dug up at Vindolanda, a poor show for half a day's campaigning. I was also very fortunate to find a space in the very small free car park, otherwise the local council wanted £4! This is why I am loathe to go all the way south and visit the Richard III centre in Leicester I just know my expectations would be dashed on the rocks of mediocrity. 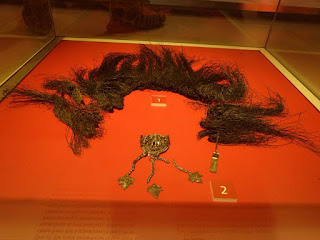 Posted by George Anderson at 17:12