Well, it's early and it's raining, we are up to K now for Katie I believe with our storms, so almost halfway through the alphabet and it is only March, I predicted as much, having said that, on my storm scales I can really only think of two this year where we have had exceptionally bad weather, rain and wind combined instead of simply a constant deluge of water, is heavy rain a real storm? On HMS Sheraton during a storm I had to vacate my bedside locker, the back of which was the wooden hull, as water came through it and soaked anything in there, and the guy in the wheelhouse had water slopping around his feet, that's a storm. 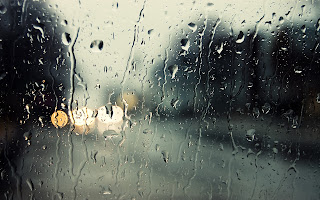 Anyway, nothing stirs as you would expect, the wind is a bit fresh and the prediction is it is going to get worse today, I can see the distant hills but they have a grey haze around them. Another house nearby is up for sale, the second time as it didn't move the first time, no visitors to Washington House for a long while but the locals can at least put a car in the drive to temporarily take the pressure off Main Street and I can use the bin which sits handily at the side of the said drive. The new neighbours have arrived at the side, I have seen them but not spoken as yet, retired couple with a dog, here to enjoy the pleasures of rural life I believe, which at the moment is the strong smell of manure as the fields are full of it.

But wait, it has brightened up in the last five minutes, the sun is up and blue skies are on the horizon, I hope Katie is not teasing us.

Last week the view was the leafy suburb of Chorleywood as we were there for our granddaughters birthday, she is five, Chorleywood is famous for the bread process from which most of it is made in the UK, the tasteless mush which adorns most supermarket shelves. It is a nice little place and you wouldn't guess the M25 is five minutes away. We had a splendid dinner and my brother turned up, he has lived in London since leaving the Navy and has a strange accent which is neither Scottish nor English but something in between. We had lunch at a local pub on the Sunday and then headed back north, only to find out 45 minutes into our journey that the M6 was closed to northbound traffic at Stoke-on-Trent! We therefore stuck to the M1 all the way up to Leeds and crossed the Pennines to get home, the M6 only opened about half an hour or so before we got in the door, it's the train next time.
I drove to Scotland last Wednesday for a funeral and although it was not quite like driving in France it was far quieter than heading south. 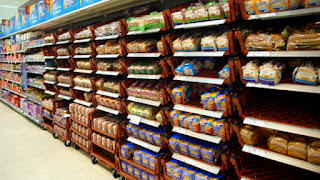 I see Brussels airport was closed for almost a week after the attacks there and security is expected to be intense in the near future at all airports. Shouldn't we try our best to get things back to normal after these monsters attack and not run around like headless chickens, no matter what the security forces do and how well they try and keep us safe, to stop these random attacks from ever happening again must be nigh on impossible. I do despair however that everyone will now be searched with renewed vigour when all these killers are of middle eastern origin, mainly young men but not exclusively and are moslems.

I had to chuckle last week, I watch the adverts during the news and moan constantly about how politically correct they now are, it is as though they have a list of stock characters which have to be included as they wash their T-Shirts whiter than white, or explain their savings deals or hoover their living rooms. All from the big TV melting pot and all with perfect teeth etc. then one night I caught a quick glance of a dwarf at a dinner table, all anyone could see as he smiled his winning smile while waiting for the Bisto or whatever, was his head, I almost choked, a dwarf, how inclusive is that. A few days later I saw the same advert and the dwarf was at least five foot six, I had missed the point that there wasn't enough seats to fit the whole multi-racial, same sexed, happy, all inclusive family at the table and the guy was sat on a cushion, hence we only saw his head. So, despite Game of Thrones dwarves have not yet made the list. 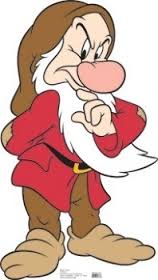 We have one more week to go before we can reclaim the house, the kitchen is finished and Steve the decorator has painted all the walls and ceilings, only the skirting and doors to go next week and that's it, well almost, we have the living room lights to put back, but apart from that, that's it. It will have taken six months to get the house the way the missus wants it and the way we are happy to stay in it for the rest of our days, barring a lottery win. Our only big job remaining is when the PO closes and taking away the facade and putting the wall and garden back, which I am hoping can be done on £237.48p as that is all we have left.


Are you listening to the captains of industry, the financial experts, the myriad institutions and experts who are predicting the end of the UK our suddenly unworkable security services and our upcoming pariah status if we leave the EU? You may as well listen to what your local Scout Master thinks, one question, do you want ruled by Brussels or Westminster, tick yes or no. I despair what this great country has become.

Katie was teasing as the blue skies have now gone and it is grey, raining and thoroughly miserable, Happy Easter. 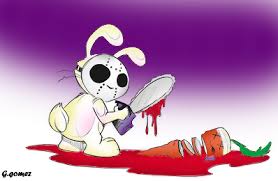