Frustration and a Busy Day

My Goths are going to be based by tomorrow but I have hit a snag, I want to increase the unit to 32 men so I had to order more figures yesterday and also a new base, several in fact as all my warbands will be increased when I get the time. As I was ordering the few I needed I decided to go for it and just got the rest of the troops for the army, that involved the last few from Footsore and my Huns from Aventine.

I received emails today from both company's to say my orders are on the way, I am hoping against hope Footsore will arrive tomorrow so I can get those extra five guys done and start on my cavalry, but Wednesday is probably a safer bet, grrrr.

I now only have to decided what my Rally Point will be for the Romans, most people do small vignettes for these which add to the flavour of the army and are fun to paint, I have a Roman medic for the Twelfth but I need something more in keeping with the 5th C for the Field Army. I have just about decided to go to Vapnartak in York on Sunday so maybe I will see something there.

Most of my map work is done for Helion & Company but I have had two enquiries about independent projects, one of which I completed over the weekend which is good news for the Anderson Map Fortune. I have finished several interesting projects over the past week or so, including one on the shooting down of two civilian Rhodesian aircraft by terrorists, a very sad affair. 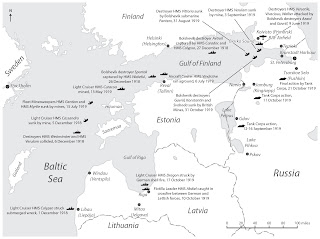 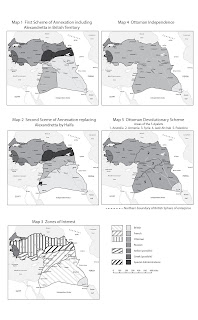 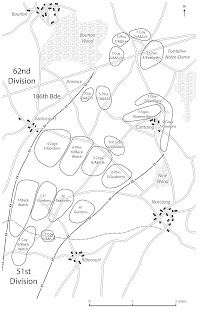 Some examples from three different books, Churchill's War with Lenin, Britain's Quest for Oil and a history of the 51st Scottish Division in WWI.

Posted by George Anderson at 17:04