Apart from less than a handful of computer games I have generally been more than disappointed with most of them. It sounds perfect, letting the PC do all the hard work while you get on with conquering the planet, but I always find that the PC is a cheating so and so, it always seems to win no matter what you try. The answer of course is to get one you can play be email or in real time, but you still need that staple of wargamers, a dedicated opponent which even online is hard to find.

I have played some dreadful tactical games which purported to be proper wargames but in fact the only thing they had in common with their period was the box art, but non miniature gamers seem to get sucked in every time and sing their praises, while I look for the returns label.

I did enjoy Steel Panthers, along with an Eastern Front game which I can't remember any other details of, I leant it to a friend and never got it back and Dawn of War. Now I am going to have to admit I was pretty much addicted to DoW for a long time, the game was just perfect and exciting. I also dabbled with Company of Heroes and European Escalation which were good but didn't grab me the way DoW had. 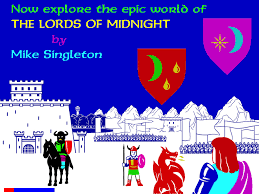 A long time ago before we had any real sophisticated games, when Manic Miner was top of the charts I played a little gem way ahead of its time called Lords of Midnight, originally made for the Sinclair Spectrum. The game was a fantasy type effort which you could play in a purely military way or complete a quest or try to win attempting both at once. Basically you were the good guys and had to defeat the bad guy, otherwise known as Doomdark before he could take over the land of Midnight, as I said you could meet him on the field of battle by recruiting lords to your armies and conquering his citadel or you could use a character to destroy the Ice Crown. 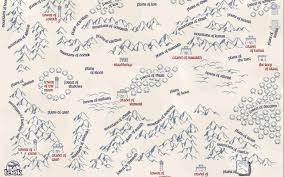 For some reason I looked this game up the other night and lo and behold it is still available for almost every computer platform you can think of and there are a couple of add ons, Doomdark's Revenge for one. I splashed out £2.99 and it is now on my iPad although I haven't been able to begin a campaign yet I will at some point. 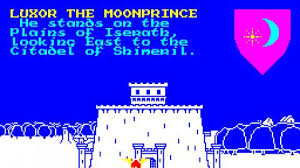 Posted by George Anderson at 11:38