As you might suspect it is cold, wet, grey and miserable and although you might think this bad it is not the apocalypse the weather people have been promising and scaring everyone with for this weekend, another welcome failure. None of the houses nearby, and there are quite a few up for sale have sold, poor old Washington House has a scaffold up but no one has come near to do the repair for at least two months, nor shown any interest in buying it. I myself have pretty much settled in for the Winter and hardly crossed the threshold, although I did manage, along with the missus, to store two large bags of wood for the fire the other day, the only downside of being able to cosy down in front of a log fire of an evening. The missus however is not sure the wood is seasoned and believes some of it might be damp, there is also too much small stuff in one bag, this could mean dropping another firm from the trade list, we will soon have to look at nearby Yorkshire having almost exhausted suppliers in Lancashire. Perhaps we too will end up on a list.

We just can't escape Transgender can we, the BBC of course has jumped on this latest crusade for normality and we are being re-educated almost every week, in a preview of what is coming our way we had a programme where parents were allowing their children to choose their gender before no doubt making their way to the surgeons, was it right we were asked, no it isn't. Much is also being made of the 'man' who is pregnant, I have seen photos of this 'bloke' and I am looking at a woman the same way when I look at the 'woman' down the pub I see a big bloke with a blonde wig, hands bigger than mine, drinking pints of Guinness, sitting with, yes, the blokes. Not only that this 'man' above has to take hormones to feel male, but desperately wants a baby, I don't, because I am a bloke, and the pregnancy had to be done by surgeons, is it just me that is mad? And how much so far, well, £29,000 and rising. Not bad for an Asda shelf packer, oh wait, I'm paying.


And while we are on the subject the NHS is having yet another crises, the worst in its history I believe, and the answer once again is to throw more money at it. How can anyone possibly argue that it is underfunded when the first thing any incoming government does is up the spending, and if you are waiting to become the government you promise yet more money if you get in. I have been treated very well by the NHS when I have needed their services, my wife on the other hand had a dreadful experience getting someone to take her seriously before being given an operation. Why does the NHS now spend fortunes on non-illnesses like gastric bands, boob jobs, nose jobs, sex changes and more, all of which are non lethal and should be paid for by the person wanting them or buying named medicines and not generic medicines and of course the huge bloated bureaucracy. Aren't our doctors wonderful, yes some are, but mine now only see four people an hour because they allow you to call them by their first name and will take time listening to your problems, medical or not, mind you it will take up to three weeks for that consultation. How do we solve the A&E problem, the clue is in the name, Accident and Emergency, you are worried about a spot, clear off, I twisted my ankle, clear off, Kevin isn't his usual self, clear off!

I almost missed this one but will bring it up, Sir Bradley Wiggins, the great cyclist and darling of the country while he was winning, sure enough we have the rumours of drug taking, but don't worry, Bradley took the banned substance corticosteroid trimcinolone because of his hay fever. He really should have popped to the local chemist like the rest of us, no? 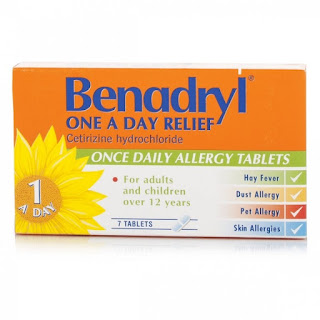 How many times have you heard the old "if women were in charge" rubbish, well they have been in charge of many things and made just as big a hash of it as we men. Take Christine Lagarde, the former head of the IMF, she was given the job despite being known to be shady, but hey, the guy before her was a rapist so another bloke wasn't going to cut it for a while, sadly for womankind she was up to her neck in dodgy deals and was found guilty in December last year, the case involved some 400 million euros, but she will not receive any punishment, how does that work? And now the Northern Irish First Minister Arlene Foster is being urged to stand down, again the sum involved is around 400 million, this time in pounds, for a completely cock-eyed heating policy. This totally brilliant scheme meant that if you heated your home with oil for 2p an hour the government would give you 3p, so the more heat you used the more money you got, turn all the radiators on begorrah. Women eh, just as useless as men when in charge, the defence rests m'lud.


And what about those Russians supposedly trying to influence the running of another country as well as probably having the gall to defeat IS in Syria. It's not as if we in the West or America have ever contemplated such, no wait, Vietnam, Central America, South America, Iran, Iraq, Libya, Syria, Brexit, errr. Politicians, you gotta love em.

What's happening in LA LA land, well I missed these during the festive season. Steve Martin made the mistake of tweeting that Carrie Fisher was a beautiful woman when he first saw her before saying he missed her, big mistake Steve, sexist mate. As we all know the first thing which attracts normal men to women in the first glance is their confidence in being a woman and their comfortable shoes, Steve has of course offered a grovelling apology. Actor Lance Goss, no me neither, was singled out for his Facebook Christmas photo because it seemed that although all the people in the photo were 'black' there was one woman way out on her own who was blacker than the others. Said entertainer was immediately pounced on for being colorist (I use the American spelling deliberately), the guy pointed out after all the vitriol he received that it was an ongoing joke because his friend always turned up for the photo on her own while the rest had partners. Only goes to prove no one is safe from the online lunatics unless you don't share your private life with them.


And my favourite piece was the guy who 'assaulted' a couple of kids on the train, did he thrash them within an inch of their miserable little lives, no, he pushed their little feet off the chairs so other people could sit down or not sit on what was on the bottom of their shoes. Well done mate, I for one hope they don't track you down, but then again it might be easier than catching real crooks just to let them go again. 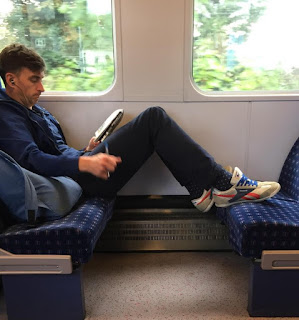 Posted by George Anderson at 10:17