Rob was back at the club as was long time member Andy who has had his hours changed so is back in the fold, both have enormous collections of wee sojers and as both now have the new Black Powder book they chose one of the new scenarios (I think this is right). The game was to be almost completely a cavalry engagement, two French infantry battalions with a gun were making their way along a road pursued by Austrian and Russian cavalry (it was 1813), French cavalry were on their way to save them. I am still waiting for my copy of BP2 but Andy picked one up for only £24 at a bookshop in a remote Yorkshire village!

I decided to be French and to my joy was given a brigade of Guard cavalry with another, average, brigade as back-up, Andy took the foot soldiers and Ian another two brigades of cavalry, at the opposite end of the table large numbers of enemy cavalry bore down on the tired French infantry trudging along the road. 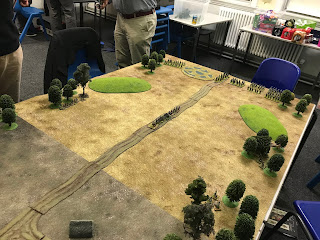 The French infantry went into square immediately while we pushed the cavalry forward as fast as we could, the enemy, although in overwhelming strength, shied away from the squares but it slowed the foot down to a crawl, safety seemed a long way away. At first it seemed that not a lot was happening, I saw an opportunity and threw a Guard squadron into some Russians only to have them fail spectacularly and take the wind from my sails as they dispersed, damn palace toadies. Soon after this my men blundered again and moved where I did not want them to go and opened themselves up to some charges, I managed to survive that round somehow. 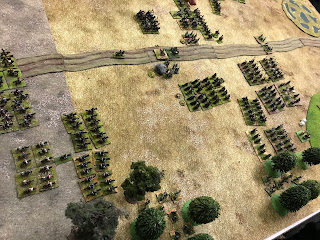 Now I was close enough to see the whites of their eyes and I ordered everyone who could to engage. The next two or three turns were a whirl of charges and countercharges on both sides of the road, the poor infantry were islands in a sea of horseflesh. The Guard time and again smashed their Russian opponents who managed to just get enough of a morale score to withdraw rather than disperse, the opposite was happening over on my left, there it was the French cavalry which were being beaten and chased away rather than withdrawing in good order. As night fell the Russians managed one last, desperate charge against my exhausted troopers who had nothing left to give as they were ridden down by the fresh reserves. 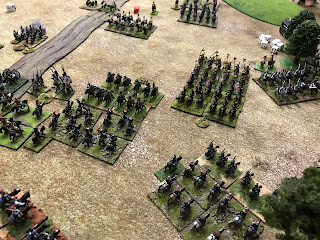 What started out looking like a bit of a slow game turned into one of intense fighting and excitement right to the end. I also noticed we were all taking more interest in the rules this time rather than simply moving troops around and letting Rob do all the work, I know I was as I plan to try BP2 with my SYW armies. I did hear Rob and Andy say that there were not a lot of changes in the new edition but there is an index, not a great index, but better than nothing, more than that I cannot say, but I did enjoy the game.

I may not have got BP2 yet but I have several other books waiting in the queue just now, I have started reading Conn Iggulden's series on Julius Caesar having given up on my last foray into Roman fiction, this book is very readable but Julius is only a boy at the moment and I long for some battles, but I will continue with the series in between other books, besides they have been out for ages and I can pick them up for a song on Amazon. 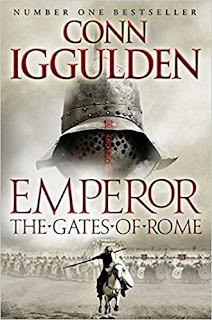 I have drawn a lot of maps centered around Ypres and it has been years since I read anything on the battles in that area, I asked Helion Ypres and WWI expert Michael LoCicero what he would recommend, so I have Nick Lloyd's new history of Third Ypres standing by. While browsing I saw that Max Hastings' new book on the Vietnam War is out, I have been eagerly awaiting this tome and immediately ordered it up and it arrived within 48hrs, great stuff, it has jumped to the front of the queue. If you have not yet watched Ken Burns' documentary on the Vietnam War, I urge you to do so right away, I think it is now available on Netflix. 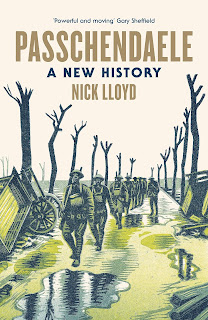 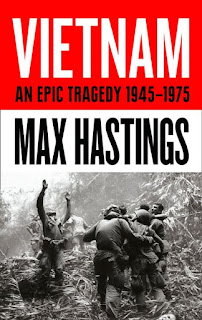 I took the car for servicing last Monday, four hours of my life I will not get back, only to have a stone chip the windscreen, the repair guy turned up today, with the wrong screen, but told me no matter as I would have to take it to a depot anyway (an hour away) as the screen has camera's in it and they will need to be calibrated with the new screen (two hour job). Lucky white heather anyone? 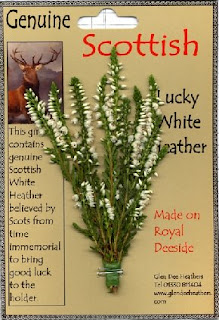 Posted by George Anderson at 20:04