I am unsure which mystical land I live in as no heatwaves and no drought, despite the dire warnings of the weather wizards, no sun either as my foray into growing my own food looks increasingly desperate as my tomatoes remain green.

I went out of my comfort zone last week at the club, I sat in on Simon's Battlemech game, at least it was not a Black Powder variant. Stuart and I were to ambush a convoy of supplies on their way to the front, the game revolves around giant mechanical walkers tearing lumps out of each other, think naval warfare but on land. The game can also use ground and air forces but Simon was keeping it simple for Stuart and I. As the game kicked off I thought we were going to be beaten in fairly quick time as we seemed to be weaker than the enemy. I used cover and picked on the nearest mech and concentrated fire on it, Stuart was in the open trading shots with the rest of the escort. 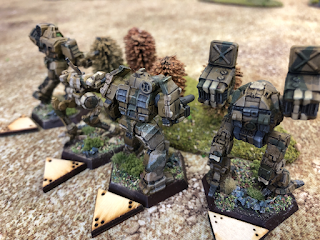 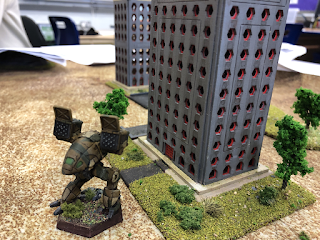 The game turned half way through and although we were taking casualties I had taken out three of the enemy machines, alright Stuart had weakened them but a kill is a kill. With our two surviving mechs down to their last defensive points it was a nail biting finish, however luck was not with us and the enemy bruised and very battered managed to get their convoy through with Simon and his son the victors. A decent little game for a club night with some nicely painted models.

I have now finished my fourth pike block, Black Band Landsknechts in French service, as you can see I build these blocks two by two so that they can work as one very large pike block if required. Massed pikes do look good. Next up was some crossbows and arquebusiers, the plan for the former was to use them as a shield for the Landsknechts while the handgunners were to be used as an independent shot unit, although this reminds me they need another base. 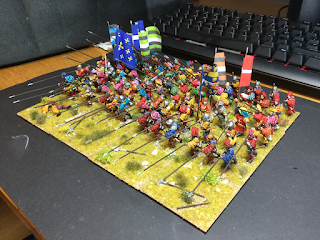 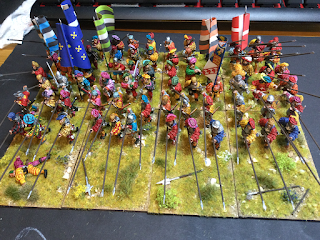 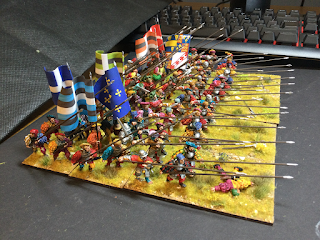 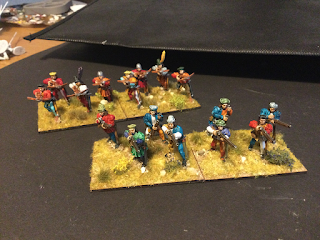 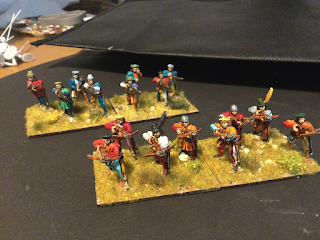 I took a small detour and decided to paint up a general, I settled on Guillaume Gouffier, seigneur de Bonnivet, Admiral of France, a wit and a womaniser but a failure as a general and diplomat, he died at Pavia in 1525 where he was blamed for the French defeat. His device was an anchor and a dolphin, although there is a plate showing this in the Helion book on the battle I managed to find the device on his tomb and used this for my interpretation of his banner. The figure is from TAG (Duke of Ferrara) and I think the knight rubbing his chin is from Steel Fist. 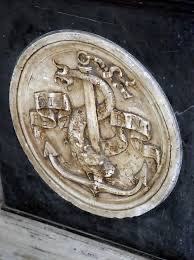 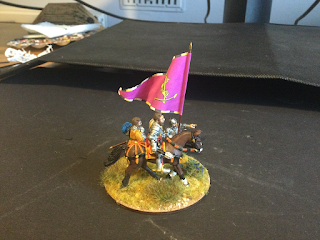 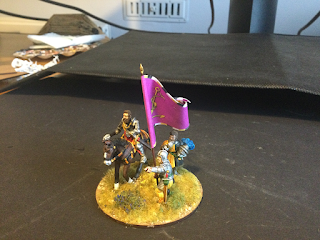 I have been waiting for a new order from Casting Room Miniatures (Foundry) which includes some much needed light cavalry, I am hoping to add these to my forces in order to give the rules (Furioso) a try out in September. Sadly they have not yet arrived so I have started on my fifth pike unit, Italians, TAG figures, generally these are nice, there is one figure with a mix of plate and chainmail which doesn't seem to fit in, but what do I know. I shall still be ordering their French and Spanish at some point.

I hope to have a Chain of Command game on Tuesday set in 1940 with the French defending against the German blitzkrieg.

Posted by George Anderson at 11:45