View From the Window

The view is slightly different this morning as I am having to type this up in the shop, No1 computer still being on test at Scan HQ over the weekend, the guy informs me he has had no problems which doesn't surprise me, no sooner will it come back next week and I plug it in and it will die on me, anyone offering odds? Another beautiful day, so much for the dreary weekend we were told to expect, mind you it is early days and there are a few grey clouds scudding about. I might even wash the car for a bit of exercise or go for a stroll. The village is fairly quiet at the moment so nothing new there although the local small brewery are putting on 'Live Ale' with beer tents and two music stages in a field at the end of the month, I do hope the good weather continues for them.

I see the migrant crises must have been solved, the BBC and other news channels have mentioned nothing about it for some time now, perhaps because it may reflect on your decision to leave the EU to see hordes of people hammering at the gates, the barbed wire and riot police pushing them back, and they want to keep it quiet, surely not, free press and all that. And wasn't it rich of that woman from the IMF declaring doom for us when they got the big crash and several other financial crises completely wrong and she is being investigated by the Old Bill or Old Pierre for corruption as soon as she leaves office.

Talking about the Old Bill what about Manchester Police's grovelling apology to the tender feelings of Siema Iqbal and Erinma Bell among others, yes me too, about a fake terrorist at the Trafford Centre during an exercise shouting 'Allah Akhbar' before pretending to blow himself up. Who else these days now that the IRA (again according to the media) have gone away, who else is killing and blowing themselves up around Europe recently. It certainly isn't the People's Front of Salford or the Salford People's Front who has got something against Western civilization. Did you notice the effect of the horrific made up injuries were spoiled by every victim wearing ear defenders and safety glasses, all that was missing was the 'you can see me vest'. I wonder how long it will be before we see the same stuff in action movies, you heard it here first. 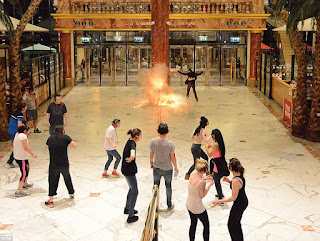 Why doesn't Cameron man up and stick by his words, we all know which countries are horrendously corrupt and no grovelling back peddling will change it, Pakistan is an ally of ours for heavens sake. And the Nigerian president had a point when he said a ton of that corrupt money is already here or is being sucked out of Africa by Western big business. The City of London is one of the two biggest tax havens on the planet, the Cayman Islands are small fry to what goes on there, and that is not going to change. And the other one, it's Manhattan. So if you want to fight corruption how about starting here. 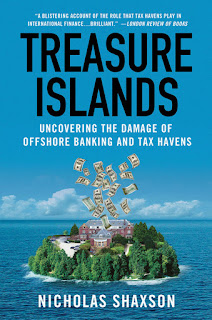 Which brings me neatly to the government, the arrogance of the Work and Pensions minister Stephen Crabb espousing that there is no possible way to 'unwind' the decision to steal money from all those women in their fifties by giving them their pensions when they should have got them instead of taking them away makes me want to vomit.  His comments that while the government were taking money from my missus and hundreds of thousands of other women they were somehow 'breezing through life' should get him sacked. And the government cannot 'unwind' anything, how many U-turns and 180 deg. exercises have you seen the government do when it suits them. I have worked out they are stealing £33,000 from my missus. I really hope I get one of them through my door at some point.


How much cheese is in 'Mini Chedders'? If you were served up a piece of cheese in a supermarket which tasted like Mini-Chedders you would want your money back, if you look on the back it is around 12% and that is cheese powder which is mainly milk. Perhaps they are run past a piece of chedder while on the conveyor belt. Have you ever had a chargrilled steak which tasted like Walkers Sensations Chargrilled Steak crisps and what about Prawn Cocktail crisps what is that taste because it isn't prawns and mayonnaise. They should just be 'Walkers, Potato and Powder'.

I have had two customers recently who are applying for passports, as an upstanding member of the community I can sign their forms and pictures naturally. However both these people have never had a passport before and now they have to take time off work or whatever and run along to their nearest passport office, which from here is always at least an hour's drive, to prove they are British. Now this is despite having gone to all the trouble of sending marriage certificates or/and birth certificates, all originals. If they still need an interview why not bring them to the interview instead of leaving them to the ministrations of Royal Mail and the bureaucratic monolith of the Passport Office? I have signed dozens and dozens of passport forms and only once has the Passport Office phoned me up to check I am who I say I am, yet the jobsworths will send an application back if your head is slightly off centre or there is the faintest glimmer of a smile on your face. 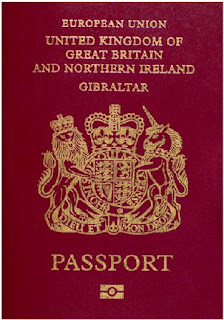 As you can see with the missus still away and no computer upstairs I am back in front of the news of an evening, well as much as I can stand that is, usually about ten minutes. I am away next weekend at a wargame tournament and if the missus is not back I shall have to close the PO from Friday afternoon until Monday morning, my two regulars have been informed so job done. I am looking forward to this and renewing some friendships from the last tournament, winning, nah who cares.
Posted by George Anderson at 10:46