Well it is a beautiful day, the sun is shining and there are a swallows diving and zooming about outside the window, I've always liked Swallows, that forked tail is so cool, they have been nesting in one of the roofs nearby for years but it looks like their relatives are visiting today there are so many. I think I can safely say it will be warm, the distance is shimmering with heat and it looks muggy, there is of course that little piece of wind which will probably make it a perfect day. This is just as well as this is day two of Live Ale, the beer fest in the field at the other end of the village, put on by our very own local micro brewery. 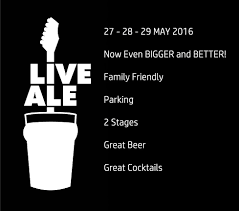 I didn't go yesterday as real ale is not my thing and I had my self imposed ration for the month last weekend, John Smith's smooth and I enjoyed it, I also refuse to grow a beard with a pony tail, dress in shorts and wear sandals which seems to be de rigueur for real ale drinkers, the serious ones at least.

There was a resident killed on his motorcycle a few weeks back and their is great consternation because no one seems to know who he is, I am being asked at least once a day at the moment as if being the Subpostmaster I am the font of all knowledge, for a village shopkeeper I mainly keep to myself to be honest, I know most of the people in the village, even the four fifths who never darken my door but I am well down the chain when it comes to local chit chat.

Washington House is still empty and the owner's brother has decided to do some internal work in the hope that will help, there has also been an influx of Americans visiting this week, all having their photographs standing outside George's house, only of course it is not Geordie's house he is as American as apple pie, but no need to let the truth get in the way of a good story. They don't all think that but there are the odd few as no doubt some of our locals do. Word got around I had special stamps of the Queen as it was her 90th birthday and they came and cleaned me out, what on earth will I do with the £1.32p profit?

I am not a royalist unless we are talking about someone who can raise an army and lead it on a campaign creating mayhem at home or abroad, I have no time for the kind that you are not even allowed to watch eating or hear them say something which is not written down. Someone said to me wasn't it amazing that the Queen was 90, no, not really, she does nothing to wear out, Charlie boy is in for a long, long wait. I know he is a bit of a nut but at least you know he does have opinions even if they are suspect. 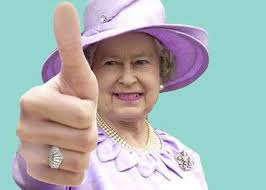 Here is something that would shave a few years off Liz, we changed our electricity supply about a year ago to Opus who were oodles cheaper than Scottish Power, then we started to get letters from Opus saying that Scottish Power was informing them we wanted to switch back and we had to let them know to change the contract. We informed Opus this was not the case, and also told Scottish Power in no uncertain terms we didn't want to come back. Then, after a month or so we started getting the letters again, we went through the same routine and were told by Scottish Power it was not them it was some third party on our behalf. We tracked the third party down and gave them what for, along once again with Opus and SP. The letters now arrive at least once a week and for the sake of our sanity and phone bill they now go into the bin. We had this before and were sent bills for a house down the road which wasn't ours but they had put our name on it, then they would not let the real owner pay the bill as it was in our name! I wonder who pays Liz's bill, oh yes, me.

I see some committee in Pakistan has been defending women's rights and instead of beating your wife half to death, or even death you are now allowed to administer a 'slight beating' and here is the amazing part, she, in certain circumstances, can do the same to you. You cannot stop the march of progress.

I was chatting with one of my favoured customers during the week, I do have a few, and we were shaking our heads at the Orwellian Disclosure and Barring checks which people working in any way with children have to subject themselves to, and pay for, before they can work with or go within 60 yards of a child. She had to do a test for Cumbria Council on Prevention and Channelling, which put the onus on her to spot anyone being radicalised and morphing into a terrorist, when some wag mentioned they do not have that problem in Cumbria for reasons which are obvious if you come from Cumbria, they were immediately castigated and made to do it twice, no just joking. This is how ludicrous the whole thing is, if she spots a Moslem girl who suddenly starts wearing a burka and spouting verses from the Quran she is not to report her but simply assume she is being a good Moslem. Oh and getting back to the original point if you work with say three organisations which involve children you have to pay for three DBS checks! This is why many youngsters (under 18) are no longer involved in certain activities because it is simpler for the organisation/club to ban them. As I said, progress eh? 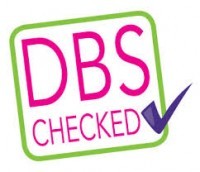 Well that's it, almost time to make breakfast, the missus is back and she normally gets breakfast in bed of a Sunday, so a nice fry up awaits, I see the car wrecks are making their way down main street, so Live Ale and car wreck racing, a big day for Wartonians and it is still nice.
Posted by George Anderson at 09:47