Fortified once again by a bacon sarny let's see what outside looks like, as usual the sun was blinding me when I first got up but now it is 50/50 grey, rain laden clouds above me and on the horizon, which at the moment is nice and clear and green, jumper, T-shirt, jacket no jacket, British summer. Washington House is a mess, a bunch of cowboys have been working, and I use the term loosely, on the ceilings now for weeks and the incredible thing is they have dumped all the waste behind the front wall or, wait for it, at the side of an empty skip! Sadly there is no one on the premises who cares, the owner is in a home and her brother does not live there and is an old codger himself, no doubt with other things on his mind.

One particular cowboy is one who has decided not to finish the job off he started on my house. Rain and bad weather prevented him from finishing the job over the winter and now eight months later he can't be bothered and is doing a Pontius Pilate on us. His excuse is that what he needs to complete was not part of the original job, despite having done 50% of it, and we need to pay more. We also have been accused of sacrificing the safety of him and his merry men by not providing scaffolding, despite the fact that their feet will not leave terra firma for most of the work. I do agree that they look like their knuckles also need to be on the ground to maintain balance but that's neither here not there. Since the missus ambushed him doing Washington House he has not shown his face again. I have had hundreds of workmen do jobs for me over the years on various houses and why is it that I can count on one hand the number who do a good job, in fact while I am at it, this applies to the whole service industry in the UK. 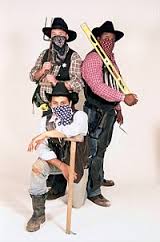 The entertainment industry has been getting on my nerves all week, do you remember back in the bad old days when you didn't see any black actors, or not many, in movies and they decided all movies then had to have at least one coloured person in them and this was taken to ludicrous lengths. Like 'Vikings' where, as the camera panned along the crew, there was one black guy rowing for all he was worth across the Atlantic on the slim premise that he had been captured and so impressed the crew he was now an honorary Viking, or the second Dirty Dozen film where they were going to assassinate Hitler and just as they got on the plane someone pointed out the sniper was black and there were no black soldiers defending the Reich, did they ditch him, no, they dressed him up as a mummy, war wounds you see! Nowadays we have gay relationships, almost every single series or movie has to have one whether they add anything to the plot (which they don't usually) or not. I'm also not overly keen on normal sex on the box, who is it for, it can't be for the teenage audience anymore they have the internet, why cut a good five minutes of storytelling out of  a programme to watch two people simulating sex.

And now we have a film about a conscientious objector in WWII who received the Medal of Honor. Firstly let me say the man was exceptionally brave, I do not have a beef with that and he deserved his medal. But stop for a moment and ponder what would have happened if everyone outside Nazi Germany or Imperial Japan or Fascist Italy held to such convictions not to pick up a weapon or fight. It was the courage of thousands of ordinary men and women who did fight who saved a world where Mr. Doss could have his convictions.

The Modern World eh, well you can stick it for me, when I call the Hell Line, oh sorry, the Help Line for the Post Office I regularly get this "Office name? Warton, Your name? Anderson, What can I do for you Anderson?" Anderson is not my first name, I am not being familiar with someone I have never met on the phone, why would she she call me Anderson rather than Mr. Anderson! Another one which is taking hold is being asked about my partner, not my wife, especially when the person has the information on both of us in front of them. 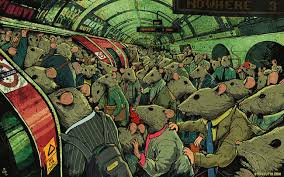 How did we come to the pass where we rely on France and China to build a Nuclear Power station in the UK, one which will be the most expensive in the world and will charge double the going rate for the power generated. How did the whole stupid plan even get this far, if you went into a shop for a heater for that room in the back which is always chilly and you were offered the same kind of deal as the government has just been offered on Hinkley Point, you would tell them where to shove it and go to Argos. Why, when it comes to such huge decisions are they left to politicians. Of course they have left themselves with almost no room for manoeuvre as they have shut down almost all the natural fuel power stations and have ignored all the warnings that the lights are in danger of going out in the next 15-20 years until it is almost too late. And why, because as usual they did not think of the country they thought about how the decision to do something about it would effect their chances of getting voted in and hoped against hope the other crowd would make the decision for them.

That's those grey clouds up to 90% now. I am a bit later than usual today, so chest cleared, I'm off. Wait, its raining!
Posted by George Anderson at 11:02