Club night and I had no idea what I was playing, Rob had asked us the previous week if we would like to take part in a 'mystery' game as we could not make our minds up what to play, so I said yes as Rob has excellent organising skills.

On turning up we were given the background to the game which was based on a real event and had already proved itself, Rob had took it to the Hammerhead participation game show and it had been well received. In 1914 during the battle of the Marne a French cavalry unit had got up to ten miles or so behind the German lines, it was night time and they were tired, hungry and many of the horses were exhausted, the French it would seem did not treat their horses well. Just as they were about to turn back a local farmer told them that in a field nearby were several German flying machines, the cavalry set out to attack them. With typical élan they went pell mell for the planes and the troops guarding them, the attack was a success, but the noise had attracted the attention of many more Germans and the cavalry eventually had to split up into smaller groups as it withdrew, many of whom changed into civilian attire in order to escape. The actual write up had much more information on what happened along with pictures of the main players and deserves a wider audience.


In our game we had four officers commanding four troops or squadrons, I was the overall commander and led the reserve which was mounted, only one other troop was mounted as these were the only decent horses left. Myself and another troop followed the road and were soon within sight of the enemy aircraft and unfortunately a machine gun, the fire from this gun made us veer to the left, where we chased away the small number of Boche at the site and started to attack the planes with whatever we could find. Meanwhile the other troop on foot had a hard time finding their way until they eventually came across a small stream and followed it to the action, they turned up just as the last Germans fled and also set about dismantling the planes. The real honour went to Stuart's mounted men, they ignored the planes and moved towards the lights coming from a nearby château, from where more Germans were debarking. Stuart charged into and over these unfortunates and despite casualties and losing his officer turned and galloped up the road taking out more Germans as he went, with French troopers dropping along the route. As they retreated with only a handful of men they came up behind the bothersome German machine gun crew we had all been steering clear of and immediately attacked, the brave souls were cut down to a man, but had got rid of even more Germans before doing so. Our umpire shook his head in awe. 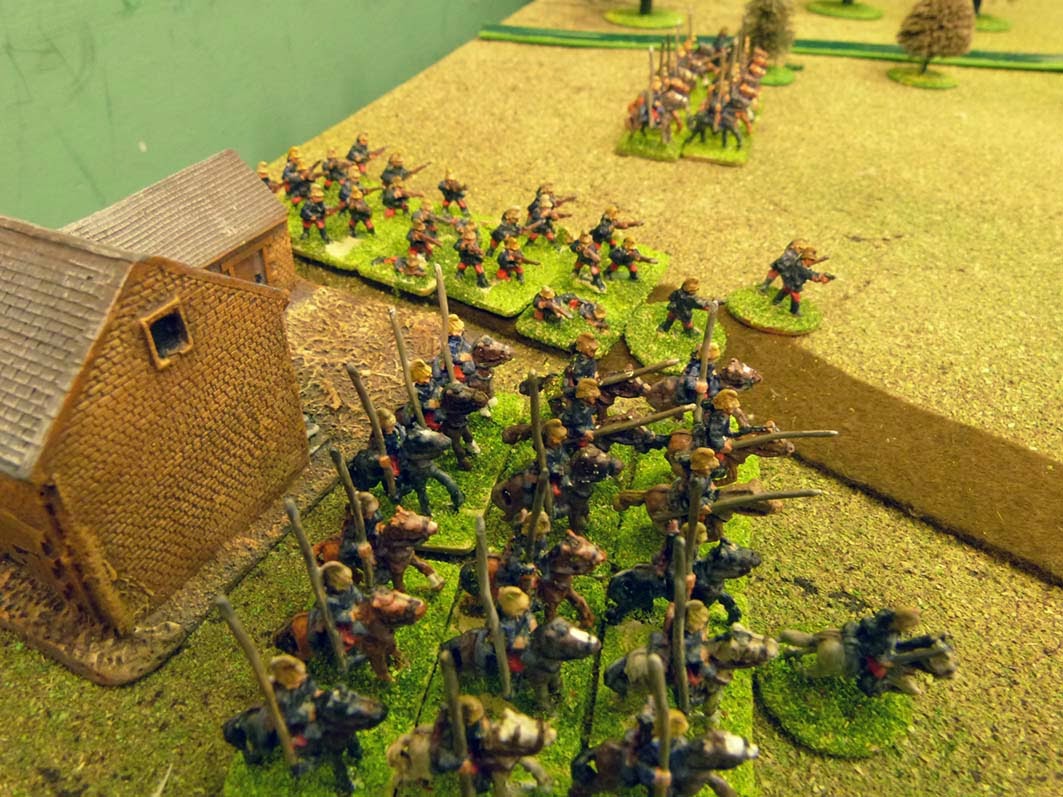 We hear about the Boche flying machines. 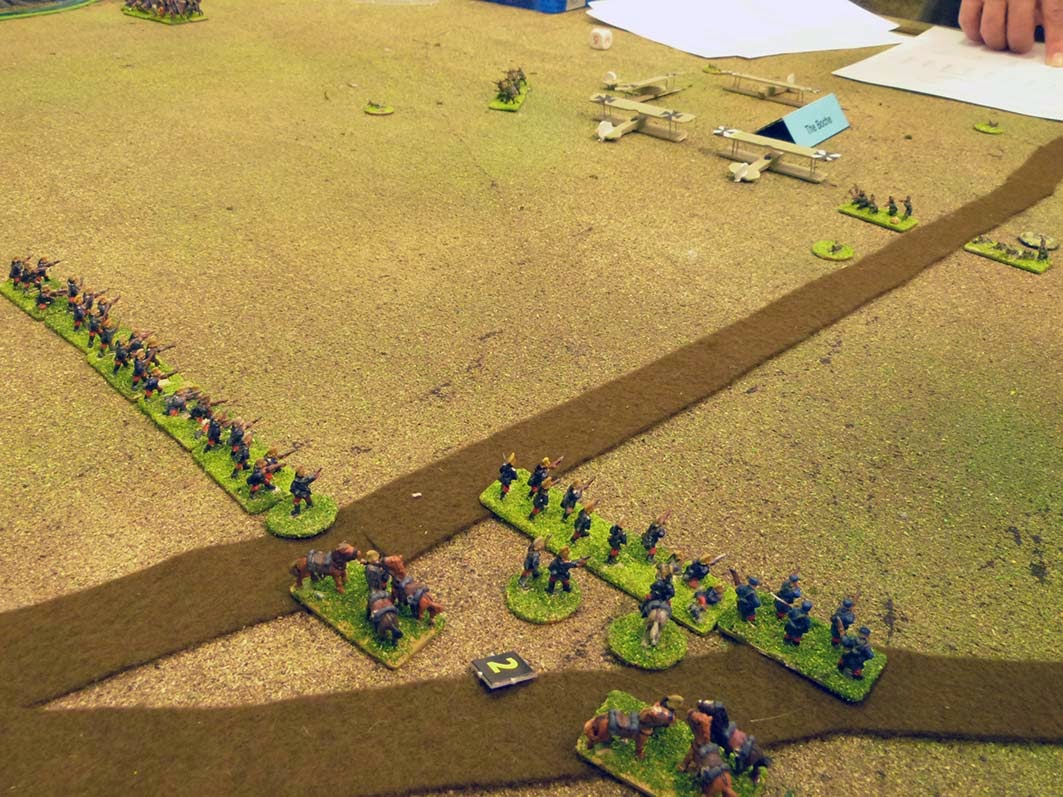 The first shots as we see each other through the dark. 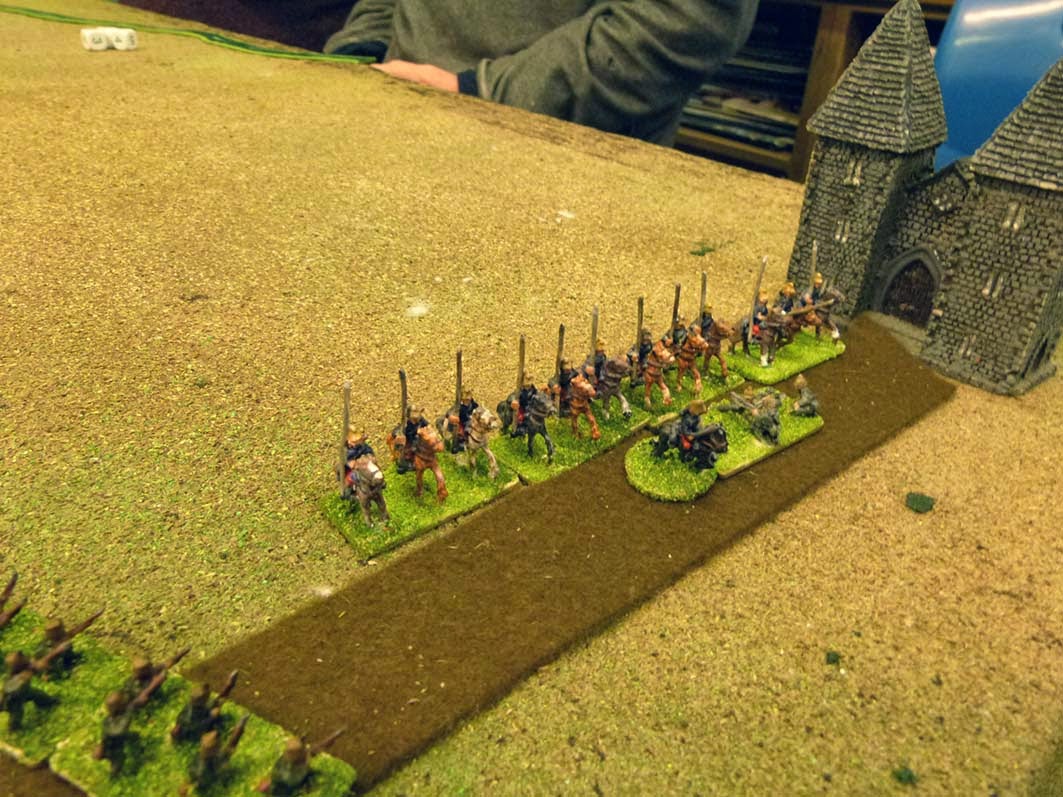 Stuart's supermen and their first victims, the machine gun crew fumble to set up. 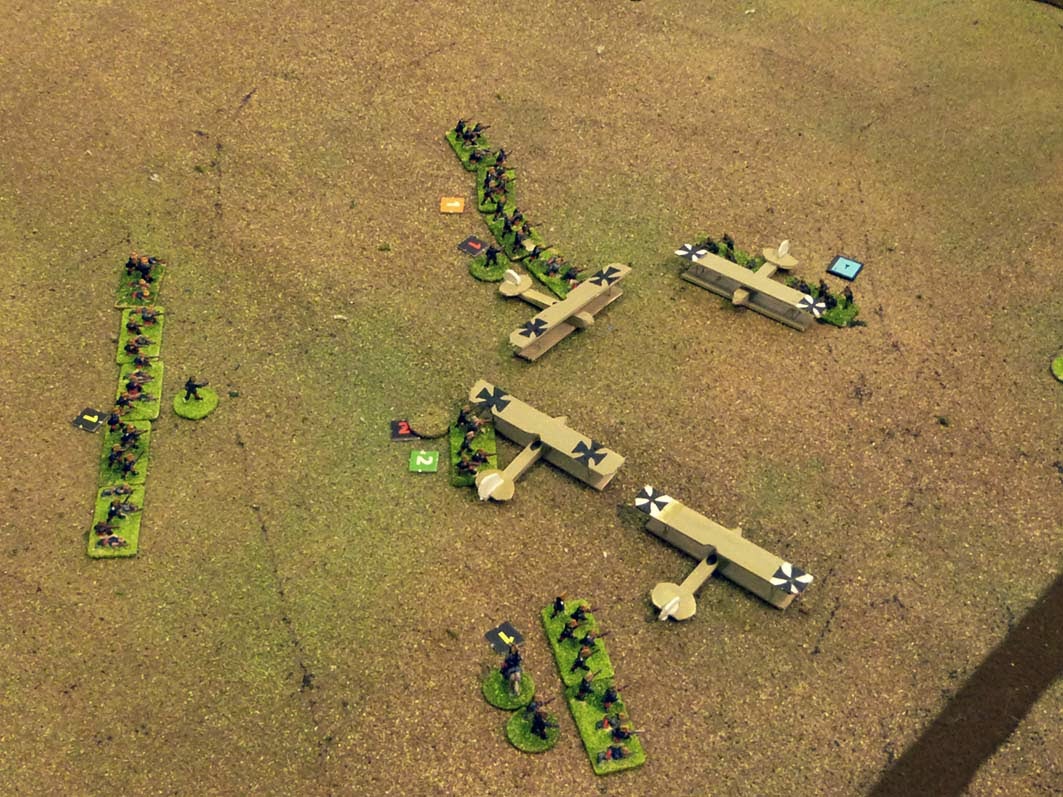 The planes go up in smoke.

As dawn approached the survivors found themselves holed up in a small hamlet as the Germans closed in, with seemingly no prospect of relief or escape however they began to sell themselves dearly. Just as the French fire began to dwindle due to a lack of ammunition and losses began to mount, another French force arrived but before they could take cover were roughly handled by German machine guns. It was at this point we called a halt, no doubt German artillery was on the way but our brave troopers had upheld the honour of France so we surrendered with our heads held high. 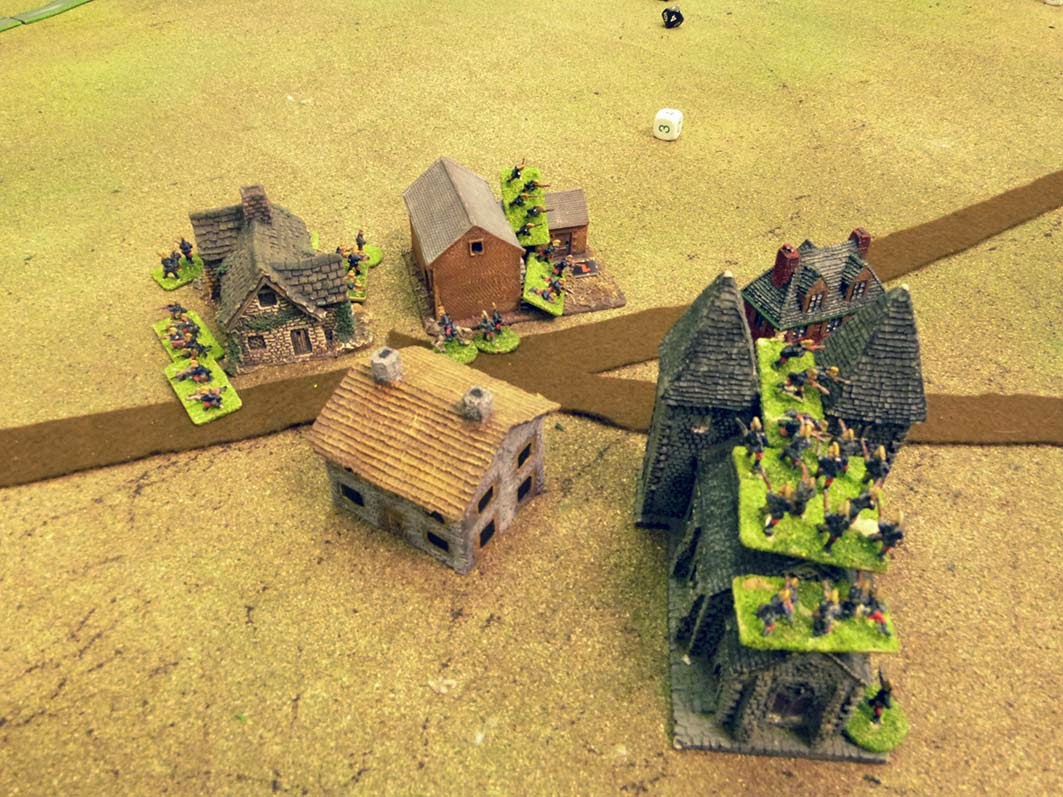 An interesting game and the fact it had actually happened only added to the pleasure, a nice piece of work.
Posted by George Anderson at 09:58