While I sit here quietly contemplating the day ahead I can hear the birds singing their hearts out, it is dry and I can see all the way to Ingleborough this morning, but like me the day hasn't quite woken up yet so I have no idea what is coming. I have seen two separate young couples go buy holding hands, one of which I know and they seem an odd pairing, but love is blind no doubt. Also trundling by every now and again at this early hour are trucks or vans with big trailers loaded with what look to me like wrecked cars. Warton has a stock car racing circuit which has obviously now opened for the year, so anyone traversing our narrow street this morning could find themselves calling their insurance. I have been here some sixteen years and never been once, I really should make the effort to see what all the fuss is about. The badly wrecked car from last week looked worse than it was, the front of the Peugeot is all plastic and all that was required was a couple of guys to push it back into place, the lady was left holding a few larger pieces of plastic from somewhere underneath but brushed it off and continues to drive around in it. Remind me never to buy a Peugeot.

So, the big 5,000 hits. I generally dislike social media while recognising in some cases it is useful, like if you want to overthrow your government etc. I have a Facebook page but only got one to log in to X-Wing Squad Builder, I also have a Linkedin account from which I hoped to get some business, but as with Facebook all I get is requests from people totally unknown to me and who share none of my interests, why do they even bother getting in touch. Anyway despite all this you do get drawn in, I check my emails, or lack of them at least once or twice every hour or when I am passing the study and I am not that well connected, I am lucky if I get a couple of personal emails a day. I do the same on here, I check the counter almost as much as I check the emails, "ah, up to 2004 from 2003 two hours ago, magic", it's mad, and it is addictive.

I also find it interesting where the hits come from and wonder if it is indicative of the wargame hobby, the UK is numero uno followed closely by the US, all the rest, on here at least, are way behind, a good smattering of Europeans and then 'the rest of the world'. I am surprised there are not more from Canada and Australia, I can't for the life of me but feel sorry for the one guy in Mongolia, I don't think even Games Workshop would have a yurt there, although they do probably have a legal presence. I got one from Ecuador this morning, good on you mate, another notch on the flag board. Another surprise, am I too easily surprised, is Russia, I get quite a lot of hits from the Motherland. 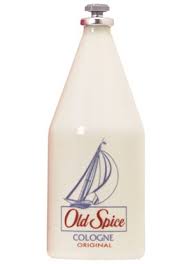 I just chucked out an empty bottle of Lynx shower gel yesterday, my dad used Lynx and it always seemed that it didn't quite fit in his bathroom, he couldn't possibly have believed the TV adverts could he, did he think that he would be mobbed by beautiful young women as he made his way to the betting shop? I just used it because it was buy one get one free, honest. Men simply did not use that kind of stuff when I were a lad, in fact you didn't become a man until you got that first bottle of Old Spice aftershave, it was like a coming of age ceremony. I got through most of my life with just one bottle of aftershave at a time, a bottle of Head and Shoulders and a bar of soap, yes I did renew them obviously. I knew however things had changed when one Christmas at the Trafford Centre I saw two large, menacing, tattooed skinheads deep in conversation at a perfume counter getting advice on which moisturiser to use. In the Navy we called all these products 'Foo Foo', I now have a choice of  Foo Foo, expensive aftershaves, balms and the almost de rigueur L'Occitane. Now who is doing a deal on Lynx this week, maybe the old man knew something I don't ............... you never know.
Posted by George Anderson at 08:58