I closed the PO on Thursday and I was off, my one regular Saturday customer was informed we would be shut so no damage there, I am hoping the PO will not notice the drop in their profits amongst the Easter celebrations. I went First Class of course to avoid the hoi polloi but I really need whatever class it is that allows you to avoid all human contact. A couple sat in front of me had brought what amounted to a picnic for a two hour journey, despite being offered refreshments on the train, all wrapped in tinfoil and plastic, then for about an hour of the journey I had to listen to the muted strains of Punjabi music emanating from the earphones of a gentleman across the way. Despite not being with my wife I made it across London to Chorleywood and arrived safe and sound.

The next day I had planned to go to the National Army Museum and then either the V&A or the Cartoon Museum depending on how much time I had, I had a leisurely lie in and set off at 1100 hrs for the train. The first was for Watford as was the second and the third, by this time I had found a couple who spoke English (and this is not sarcasm) who told me all the trains went to Watford unless I wanted to wait another 45 minutes, where I had to get a bus to Wembley then on to London. Rail repairs because of the Bank Holidays. I did this and then spent a lot of time on a bus going through parts of London which I have never seen in my life, I got off at Harrow-on-the-Hill instead of Wembley because I got the message from a yelling Inspector wrong. I was told at Harrow that a train would be along in fifteen minutes, along it came and the platform which up until then had been mostly empty became a sea of people all suddenly in front of me! I and many others could not get on the train, two carriages to pick up everyone along the line and take them to central London, it was now after 1300, two hours and I was nowhere. A train going to Chorleywood turned up and I jumped on it and was there in fifteen minutes, so for just over two hours I had got fifteen minutes away from my start point.

On the Saturday I tried again, but this time I had the formidable Mrs A with me, we got on the train this time, albeit ending up closer to people than you should be if you are not married to them. I got my wish to visit the new National Army Museum, and, yes, you guessed it, I was disappointed. The new building is very bland from the outside and very clinical inside, it is a typical modern museum and seems to be all over the place. The army's part in our Empire seemed to fill three display cases, one for the Sudan, one for the Sikh Wars and for some reason, a snub at Nicola Sturgeon perhaps, one for the Jacobites, all with a mere half a dozen artifacts, the rest of the room was a 'learning space' with keyboards and screens for kids. There seemed to be no organised way to walk through the other two floors and you had 'voices' from the Napoleonic Wars and others interspersed with WWI and WWII, even the picture gallery did not flow and you had to come back on yourself if you wanted to see all the paintings. As befits modern concepts the role of women was everywhere and also an area with nothing to do with the Army but a lot to do with giving voice to people who don't believe in armies etc. A strange thing to have in an Army museum if you ask me. 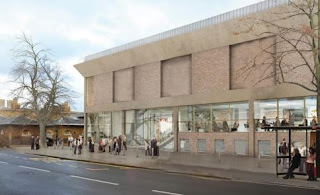 I managed to see the Siborne model which was a boon for me as I have read the book on the maker and the building of the model but sadly my overall feeling was that my journey had been in vain. Don't go to the British Army's museum and expect to learn about our gallant deeds, our heroes, our battles or our proud regiments and come away with your head held high, because you will be wasting your time. Give me a dusty old non-apologetic celebratory collection of days gone past any day, and lets face it, the British Army has done this country proud many a time. 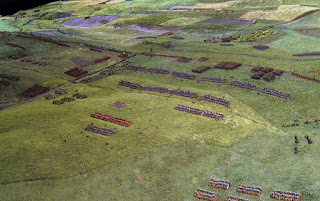 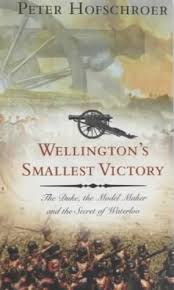 After this I ended up at Roald Dahl's Matilda with my granddaughter and the family, expecting to hate listening to a bunch of shrieking kids, but I believe I was caught humming one of the tunes on the way to the station after the show, I still deny it of course. 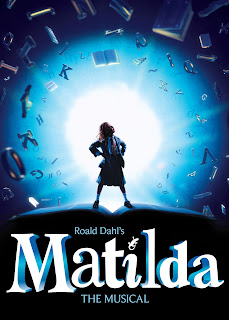 My last day in London involved a trip to Legoland, grumpy Papa getting dragged along again, but it did have its moments, especially when I won the Laser Raiders with a score of 29,500 to my sons 16,000 and this time there was a photo of me in the little wagon actually smiling, although it has since disappeared (it was a tenner!) Legoland is a great place for kids, I also enjoyed the sections with models of famous buildings from around the world, they were very well done. Legoland however will not forget Mrs A for a while as she and my son were stuck in a log boat for about thirty minutes until rescued as the ride broke down. Reparations had to be demanded and duly received, only then did we make our way out of the by now empty park with our colours flying proudly in the wind and queue busting passes in our pockets for next time. 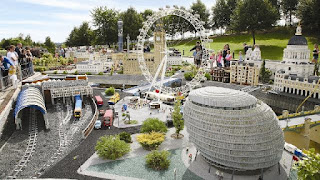 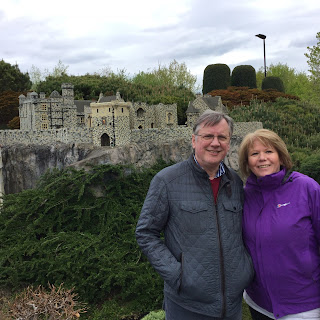 Posted by George Anderson at 22:22