Club night and yes it was once again miserable, and very, very unlucky for me. The game was X-Wing which I have not played for a long time, I sorted out a couple of forces from the online Squadron Builder and saved them, I would print them off just before I left the house. In due time I popped on to the computer and lo and behold the lists I had saved were not there, and yes I did actually save them, I know I did. I was left with the only option to run some older lists off or I would be late to pick Simon up (excuse 1). 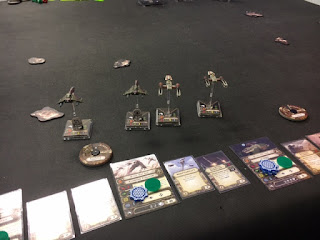 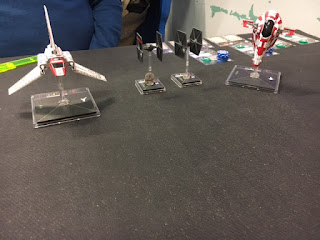 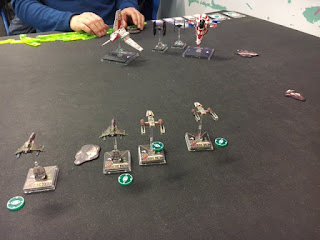 When we got the table set up we also realised we had not brought a space mat, things were not looking good, we used a normal mat and turned it upside down, the club has one but we couldn't find it. I chose a list recommend from the X-Wing forums (excuse 2), big mistake, it was rubbish. We faced off and within an hour I had lost three ships and was left with one which was flying scrap. Now although my force was pretty bad and I am not Darth Vader, Simon did not miss throughout the game with his attack dice (excuse 3), not once! I could have brought the Death Star and still have been beat. 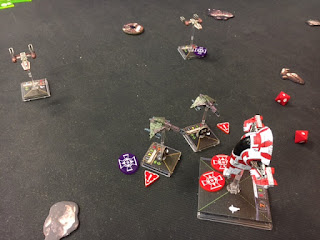 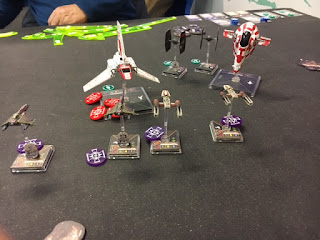 We started a second game and this time I took the Rebels, once again I was shown up in both my flying and choice of forces and weapons, once again I bit space dust, I know I was rusty but last night I was just plain bad. 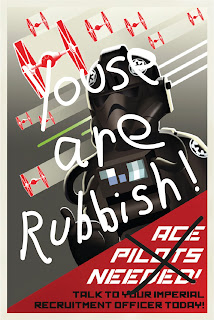 After my enforced lay off from painting with manflu (real this time), I have now got my mojo back, I have finished a unit of elephant escorts/javelin skirmishers along with a cavalry officer and my second in command general. I have also received at last my Thureophori light troops and these are primed and ready to go, while doing this and finishing the generals I also primed my Galatian warband so it will probably be next in the queue. I am picking up two scythed chariots from 1st Corps at York on Sunday, so along with the last phalanx in the drawer I have a small hill of lead to paint in the coming weeks. After that I hope it will be Aventine Companions and cataphracts to finish the army. I think you will see these guys on the field of battle very shortly. 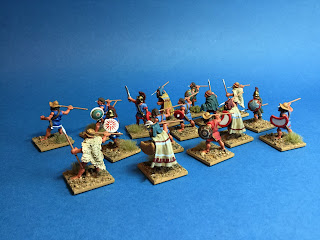 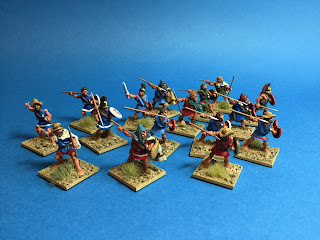 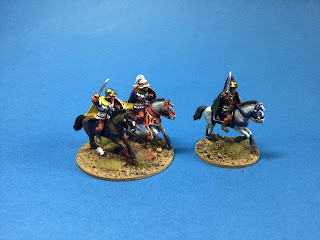 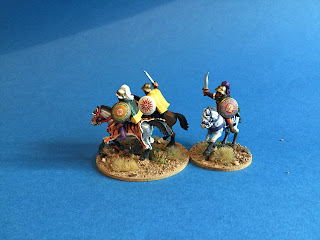 I took a long hard look at my study chair of almost thirty years and decided I needed a new one, it arrived yesterday and it is the business. I have a love of my old chair much akin to Frasier's dad's chair so instead of throwing it out I stuck some tape on and it is now in the Post Office where I can now wait in comfort for the enemy to make their moves. 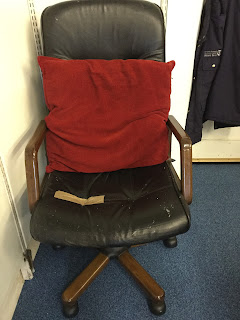 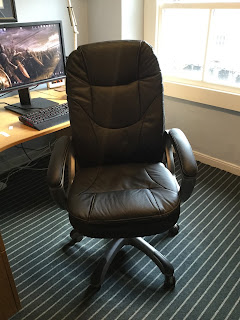 I popped down to Kevin's yesterday to help him put the stickers on the blocks for his new game and get a quick look at it for next Monday when we start off with Operation Barbarossa in 1941. The game is called Holdfast and is popular with those who enjoy block games, the rule book is only eight pages long and an easy read. I believe I will be defending the Motherland from the Nazi beast. 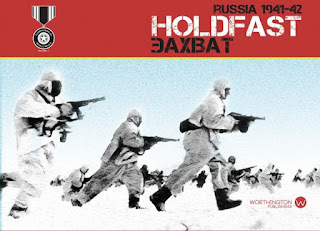 Posted by George Anderson at 11:07