The Last Seleucids and Club Night

After a long time I have managed to complete my Seleucid army, I got the new Aventine Companion figures last Monday and they went straight on to my 'to do' list once the Celtae Seniores were done. I decided on a slightly muted but uniform look, the pteruges and what shows of the tunics are different colours but the horse furniture and cloaks are all the same, although there is a slight variation in the blue on the horses, believe me it is there. The helmet plumes were the last thing to paint but they looked so perfect in white, I left them alone. I have stopped using spray varnish but as the bulk of the army was spray varnished I continued it with this unit, one coat of gloss, two of matt and then a spray. I also decided that I would keep the wash of Tamiya Smoke until everything was dry, this is what has given the armour a shine, I do love that stuff. 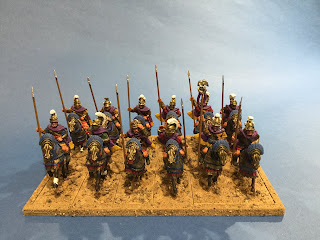 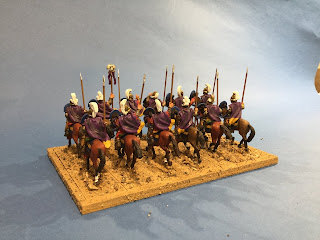 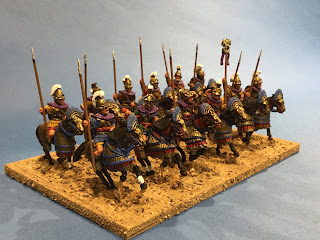 So there we have it, probably my last Ancient army as I turn my sights to the Seven Years War, apart from that extra unit for the Twelfth at some stage, why, because they 'need' it, would I build another, I doubt it but if I ever see a decent range for 3rdC Romans I might be very tempted. I will get the lads out for a photoshoot over the weekend.

Club night last night and I put my name down for a game of Arkham Asylum, Stuart I think has raided a boardgame store recently as he turned up with a magnificent and expensive looking game of Mythical Beasts or some such last week, the playing pieces were simply gorgeous, and big! Imagine my surprise when the game turned out to be Arkham Horror with no sign of Batman, Joker or Penguin. Stuart, Simon and Alex had all played the game before and knew what they were about, I had not a clue. I was told as they grabbed their playing pieces that we needed a Guardian, so I ended up with Michael 'Machine Gun' McGlen, a bit of a bruiser light in the wisdom department, in fact I am surprised he could work a gun.


As we traversed the streets of Arkham of an evening we ran into all sorts of mysterious and foul creatures many of which I sent back to hell. As the game progresses Evil seeps in to the surroundings like rising damp but faster and our job was to stop it, sadly Evil had the upper hand and it got to the point where we had twenty-five minutes to save the world. If the game had been a movie we would have made it, but it wasn't and it was Goodnight Vienna for mankind (or womankind Reg). Some of our resident jokers had a good laugh throughout looking at my blank face as the game progressed, I found it overwhelming and typical of a Fantasy Flight game, there were oodles of cards for all sorts of things, we almost required a table each for all the paraphernalia. I did kind of get the gist by the end of the game but give me a cohort to lead anytime.

Elsewhere we had another fantasy type boardgame which again looked expensive and had loads of lovely plastic playing pieces, Julian and Ryan were chasing each other around a frozen city (Frostgrave) which I am assured I would like and is just like Dead Man's Hand, mmmmm. There was also a Bloodbowl game and a large Battlegroup Normandy game with the 12th SS attacking the Canadians with Andy's lovely vehicles and figures. 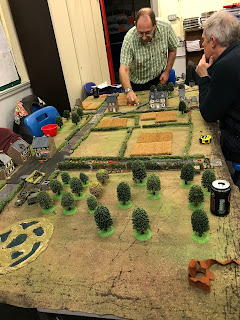 It is fairly quite on the map front at the moment as I wait for more AWI maps to turn up, I have finished a small project on the Russo-Japanese War and begun half a dozen for a history of the Zulu.

I intend to complete my pillboxes today then get the SYW artillery ready for painting. Before I forget this lovely sight turned up yesterday afternoon. 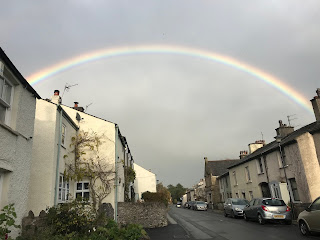 PS. Brought the photoshoot for the Seleucids forward, it is too dark, miserable and rainy to do anything else but admire a pile of wee sojers. 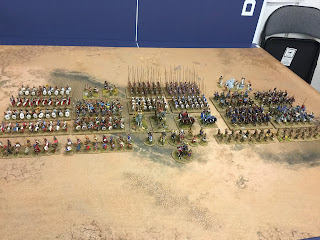 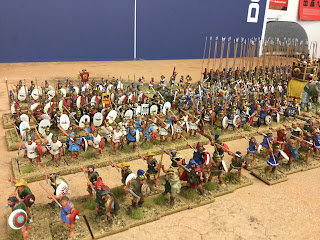 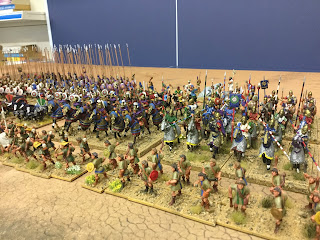 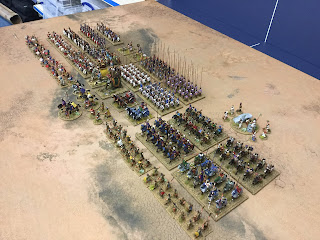 Posted by George Anderson at 13:10