Club Night and other stuff.

I headed off early last night to get a decent parking space as last week I was so bad at eventually berthing the car I would have gone viral on YouTube if a camera had been handy. We game in a school and I found out when I got there it was a parents night, so once again I had to get a round peg into a square hole, anyone old enough to remember Reginald Molehusband, I think he might be a relation, Reggie is on YouTube, why on earth would anyone upload Reg! It was the wife's car, I would never take such risks with mine.

Anyway, it was Vietnam last night, played with Force on Force, we are very lucky to have some guys in our group who can put any kind of wargame on at the drop of a hat, lovely figures, decent terrain, rules, QRS's and boundless enthusiasm. I dare not mention any type of game or rules set to Stuart in particular as he already has it/them or they are in the post. I don't seem to be very lucky with anything more modern than American Civil War, I end up stuck in a wood somewhere and wait for ages to be able to do anything. Last night was no exception, I was North Vietnamese regulars moving towards a village in which some VC were hiding with more regulars on the far side, all ready to ambush some Yankee Imperialist Pigdogs, how's that for immersion. We are on a learning curve with Force on Force and it works mainly on action and reaction, it is a big book and doesn't seem very straightforward. As soon as the first shot was fired, everyone let loose, there was not an inch of ground over which red hot lead wasn't flying, apart from in my direction, because I was still in the wood! It seemed to take ages, no, it did take ages to resolve the firefight, something I am sure will speed up later. I did eventually manage to rush my men forward, and just as things had quietened down slightly I decided to open up on some Americans moving in the open, BANG, once again all hell let loose. 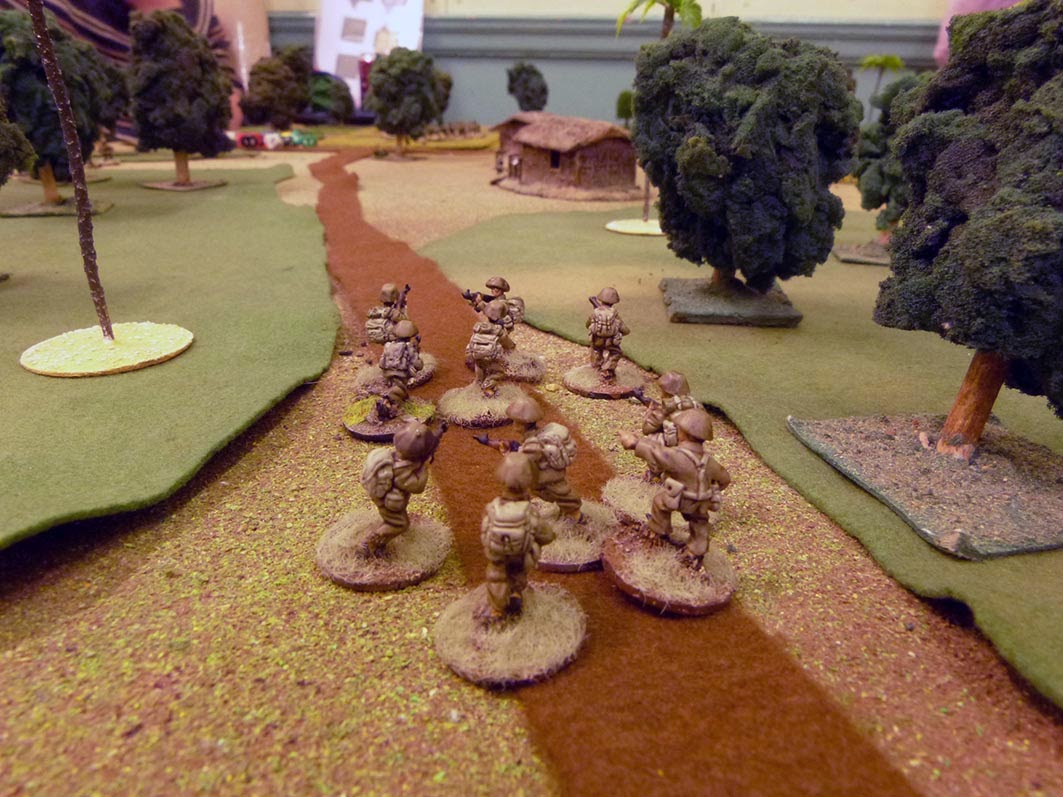 My guys approach the village before leaping into the woods. 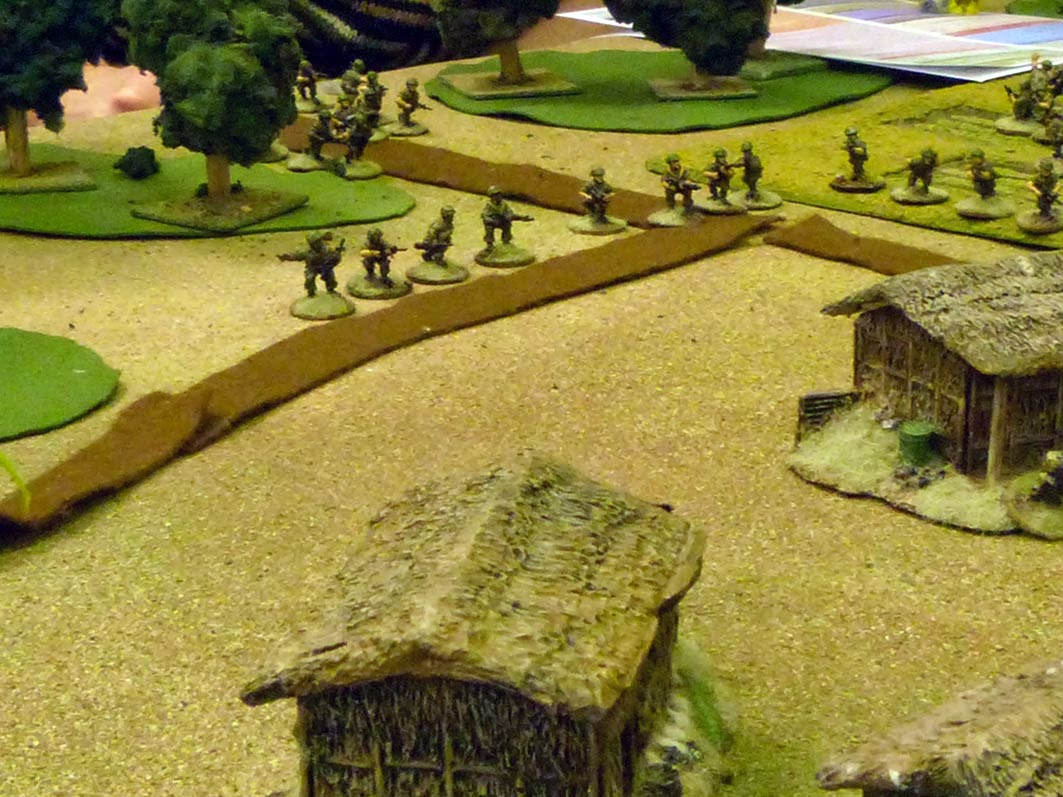 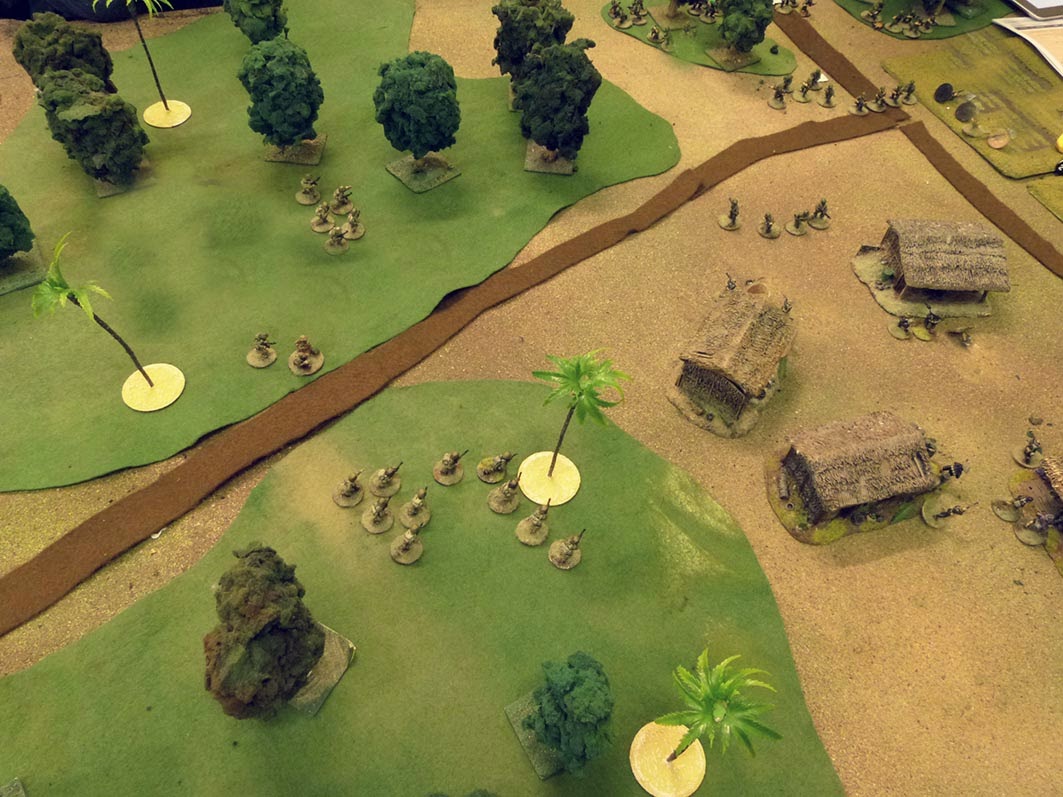 The fun starts and I am still hiding in the wood and can't see a thing!

At first it seemed like the Americans were going to take a pounding and never get near the village, but after the first fire fight the Commies had really shot their bolt and the superior training and morale of the Yanks would have seen them win through.

I don't feel, like Muskets and Tomahawks, I would rush out and buy this set of rules, it covers all modern combat by the way, not just Vietnam, which, like everything these days, has its own supplement. I would certainly play it again however.

I treated myself last week, something I like to do regularly, otherwise what's the point. I used the internet to track down a bottle of rum which was highly recommended on another blog, I enjoy a good rum now and again. Nothing to do with my Naval service as that stuff was dire, scooped out of an old wooden tub, mixed with water and gulped down at lunchtime, there were no subtle hints of caramel or spice in that mixture, you might get the odd splinter floating about though. I was actually too young to get it before it was banned, but the whole ship's company got one on the last day of the tot. I also picked up a German gin from the Black Forest, which, so far, is the best I have ever tasted. I came late to gin but enjoy one now and again, especially on a summer's day, it has become very 'in' and artisan gins, is that the word, are in most respectable bars these days, and good supermarkets, just look at the selection next time you are in. 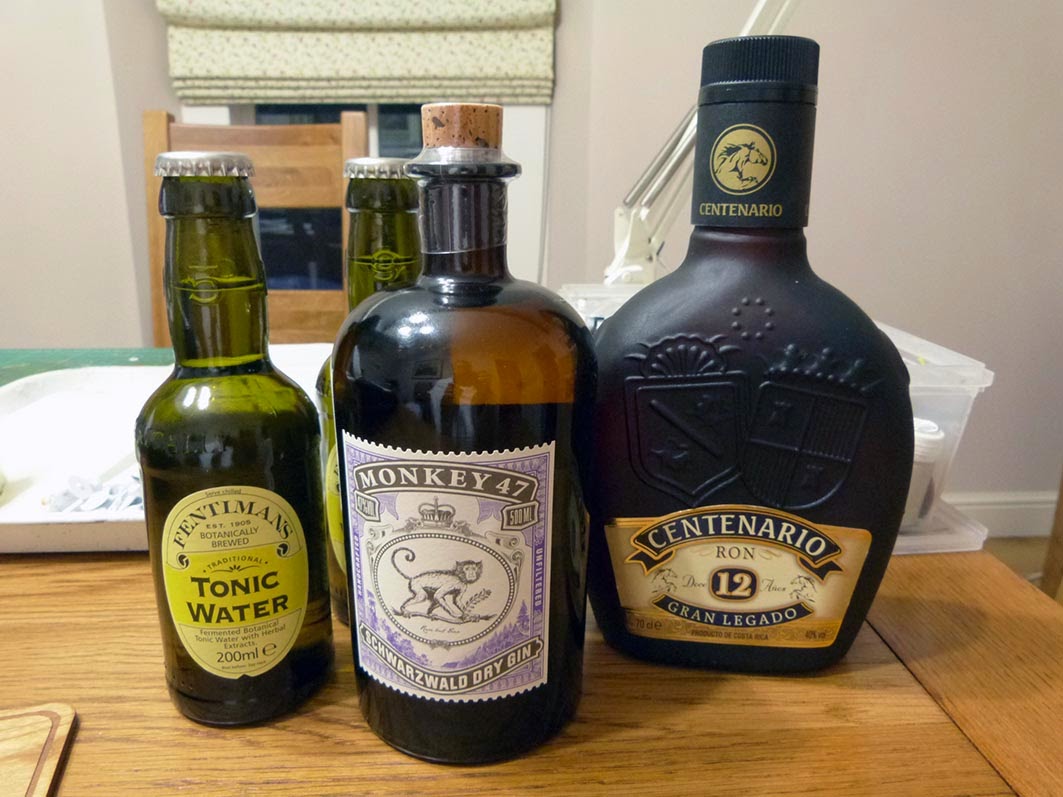 I have also ordered up those roads I talked about previously, I was going to get a set of flexible rubber ones with cobbles, they may have just managed as Roman roads but in the end I chickened out and got some from TerrainMat, just plain brown ones more in keeping with my Dark Age period. Yes, I could have made some from tiles, old carpet, latex or whatever is lying about under the sink, but I do not have the time nor a workspace capable of such craftsmanship, but, thanks to my map skills, I do have the money.
Posted by George Anderson at 07:38